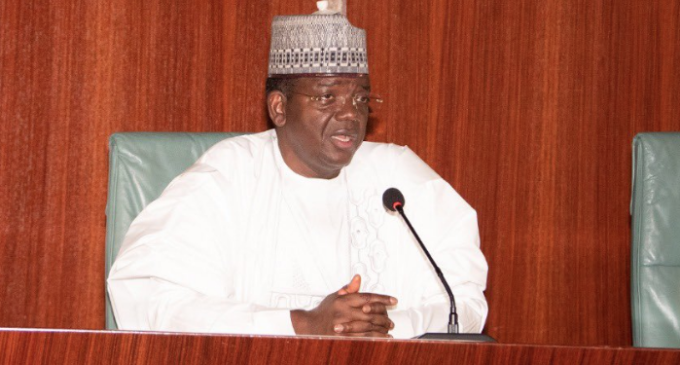 Governor Bello Matawalle of Zamfara has offered to resign if taking such step will bring a lasting solution to the high level of insecurity in his state.

Zamfara is one of the north-west states affected by banditry.

Many persons have been killed while countless people have been abducted in attacks by different armed gangs.

Responding to the disturbing trend in the state, the federal government declared Zamfara a no-fly zone on Tuesday and also banned mining activities there.

Malam Garba Shehu, Presidential Spokesman, had told Daily Trust that the action was taken based on the suspicion that choppers ferry in arms for bandits.

Speaking when he featured on Politics Today, a Channels Television programme, on Wednesday, Matawalle said he does not mind using his job as a sacrifice for peace to reign.

“If I know that my resigning as a governor will make the people sleep with their two eyes closed, I can resign.

“I am ready to do what will bring security. I am not power-hungry. I have been having a sleepless night to protect the people of Zamfara state.”

The governor who has been pushing for dialogue with bandits also defended his stance.

He said repentant bandits facilitated the release of students of Government Girls Secondary School, Jangebe, who were adducted last week.

“People are saying amnesty, it is not about amnesty. What amnesty means maybe is the federal government provides some huge amount of money,” he said.

“Nobody gave amnesty to these people, we only convince them to give them some trading in various skills as skills acquisition.

The governor, who had earlier rejected the decision of the federal government to declare the state a no-fly zone, the governor said: “The decision of Mr President on the no-fly zone, I accept it and I agree with that. People don’t even know that Zamfara does not have an airport. So, the states that have airports and are encountering this kind of situation, what happens to them?”