‘Zakat Queen’: A story of kindness and compassion

In this piece, Daily Trust Saturday writes on how the Zakat Commission in Sokoto State came to the aid of a Christian young woman from… 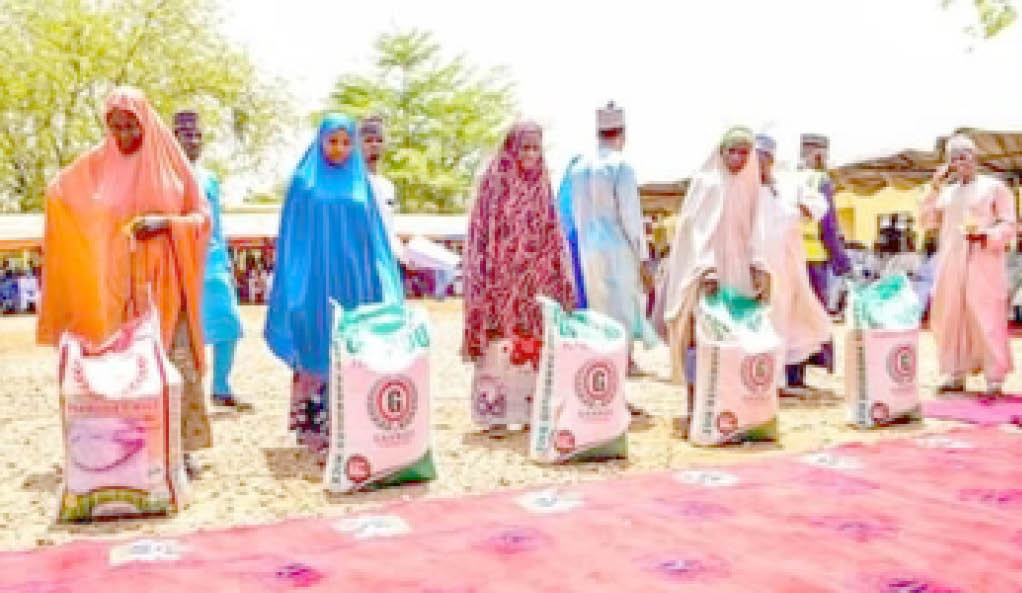 In this piece, Daily Trust Saturday writes on how the Zakat Commission in Sokoto State came to the aid of a Christian young woman from Ghana who had lost her memory and was living rough on the streets of the famous city.

Her Ghanaian roots are not in doubt. She has a family there and speaks one or maybe several of the languages of that country. And her names indicate a Ghanaian heritage.

How she got to Sokoto in northern Nigeria is still a puzzle. She has no recollection of her movement or passage. At least four or five countries have to be traversed if one is doing a road trip from that country to Nigeria. Did she come by air or sea? Both options seem unlikely.

The story began in 2018 when Maryam Suleiman, who grew up in Sokoto and runs a business there first noticed the young woman, who was subsequently given the nickname, ‘Zakat Queen’, which will be used throughout this report rather than her actual names.

She was ill and sleeping rough on the streets of Sokoto and was clearly in need of assistance. Or, maybe the story began earlier when family members of ‘Zakat Queen’ noticed that she had disappeared from her home, somewhere near Kumasi in Ghana.

“I noticed Zakat Queen in 2018, around September on the streets of Sokoto. I used to see her passing. Very soon, somebody said they often saw a woman sleeping around my shop. I came to the shop late in the night. I saw her and realised that she was not well. I started giving her gifts, and gradually, she got used to me,” Maryam narrated.

In October of the same year, Maryam noticed that Zakat Queen was quite ill, so she placed a call to Huraira Isa, Director, Finance and Supply, Zakat Commission, Sokoto and explained the situation to her. She sought to know if the commission could render some assistance.

The commission swung into action as it often does, got the young woman admitted into hospital and paid her bills.

Zakat is a tax imposed on wealthy Muslims and constitutes the third pillar in Islam. The Zakat Commission collects and distributes Zakat among the poor, widows, orphans, the dispossessed and the needy in Sokoto State.  Against this background the commission has developed a 10-year blueprint to curb the menace of poverty in the state by 2030.

It was soon understood that Zakat Queen had been involved in an accident in Ghana. As a result of this, she lost her memory, a situation that subsisted until her final return to Ghana.

Maryam further said, “She didn’t know anything again. She lost her memory completely. She could not explain how she got to Sokoto. She did not even know where she was.”

Maryam was, however, able to realise that she has a Christian background.

On the help rendered to Zakat Queen by the commission, Maryam said, “To my surprise, irrespective of tribe or religion, she was helped. When you get to Zakat your needs will be accomplished. They got to know that she is a Christian in 2019 when she was found.”

The director of finance and supply in the commission, Huraira Isa, also said, “The commission sponsored the woman to be taken to hospital to undergo treatment. The commission also checked on her progress from time to time.

“Hajiya Maryam assisted in visiting her while she was at the hospital. After some time, she started regaining her consciousness and could even speak some words. She informed me of the progress and it was found out that she was a Ghanaian.

“Hajiya Maryam took her to her house for some days after she was discharged from the hospital. Afterwards she reported to the commission about her intention to take her to Ghana.”

She draws attention to the chairman’s response: “He was very delighted by such kindness and offered to pay for their transportation from Sokoto to Abuja, Abuja to Accra, Accra to Kumasi, and eventually to her village, all to be funded by the commission.”

Muhammad Lawal Maidoki, the executive chairman, Zakat Commission also said, “I returned a lady to Kumasi in Ghana.  We helped her in Sokoto for one year in the hospital. At that time, nobody knew who she was. We, therefore, called her Zakat Queen. When she became a little better, she mentioned her name and the names of some of her relatives.

“I have some friends from Zakat in Kumasi, so I called them and they went to where she mentioned. They were told that they had not seen her for two years. During the early part of the pandemic we brought them to Abuja, onwards to Ghana. She is not a Muslim.”

On the work of the commission, Maryam added, “They can go beyond what they have done in this environment if they are well funded. They don’t really care about your background. Even when they got to know she’s a Ghanaian, they made sure they reunited her with her family, which I know that ordinarily, a lot of people will not even do. I heard of many people that the commission had assisted. I have a woman who received a grinding machine. She has now ventured into poultry business.”

The Zakat Commission provided air tickets for Zakat Queen and Maryam Suleiman, who escorted the former back to her country in 2020. The commission also linked up with the Zakat group in Accra, Ghana, who received the two when they arrived there.

Speaking on her time in Ghana, Maryam said, “I was in Ghana for one week. I left her seriously in need. And up till now she is seriously in need. When we got to her community, I narrated my story to their king. I wanted her to stay with me, but there’s nothing better than home. A self-contained room will cost her $800. For now, she is not doing anything, but she said she was good at farming. If she gets a little assistance, she will be able to engage in farming.

“I am supposed to go back to Ghana to provide her with drugs as her current supply will expire in April/May this year. I bought drugs for her that will last one year when we were travelling to Ghana. If she takes the drugs regularly for the rest of her life she will have no problem. I may have to buy the drugs and send by courier to the king of her community.

“The commission has tried so much and I don’t feel like going there to disturb them. Any assistance anyone wants to render to her is to give her shelter. With less than N1million she will have a house of her own.”

As a result of Maryam’s kindness to Zakat Queen, the king of her community gave her a title, Nana ajua bedu abebio enkoshem, which translates as 10th queen of development of Akotom Ashante region. She wears ceremonial beads, which signify her position as a queen in the kingdom.

She sheds light on the beautiful act of giving, saying, “You see, this voluntary work comes from the mind. It is not a small work for you to invest your time in situations like this. It is not everybody that can do it.”

In a related development, Maidoki at a recent event held at SOECOM, stated that over N2billion was realised as Zakat in Sokoto State for 2021. This would be distributed along with the state government’s Ramadan and Sallah assistance respectively.

As the interview drew to a close, Maryam wondered, “How many countries did she travel through to get to Sokoto? The countries between Ghana and Nigeria include Burkina Faso, Togo, Republic of Benin, Niger Republic.

“Since she could not talk when we got to the hospital and I didn’t know her name, I told them that she was Queen Zakat.”

This report was supported by the Zakat Commission, Sokoto