Mallam Abubakar Yunus, one of the victims of the Zabarmari attack who lost two of his sons to the ungodly act, said he was arrested… 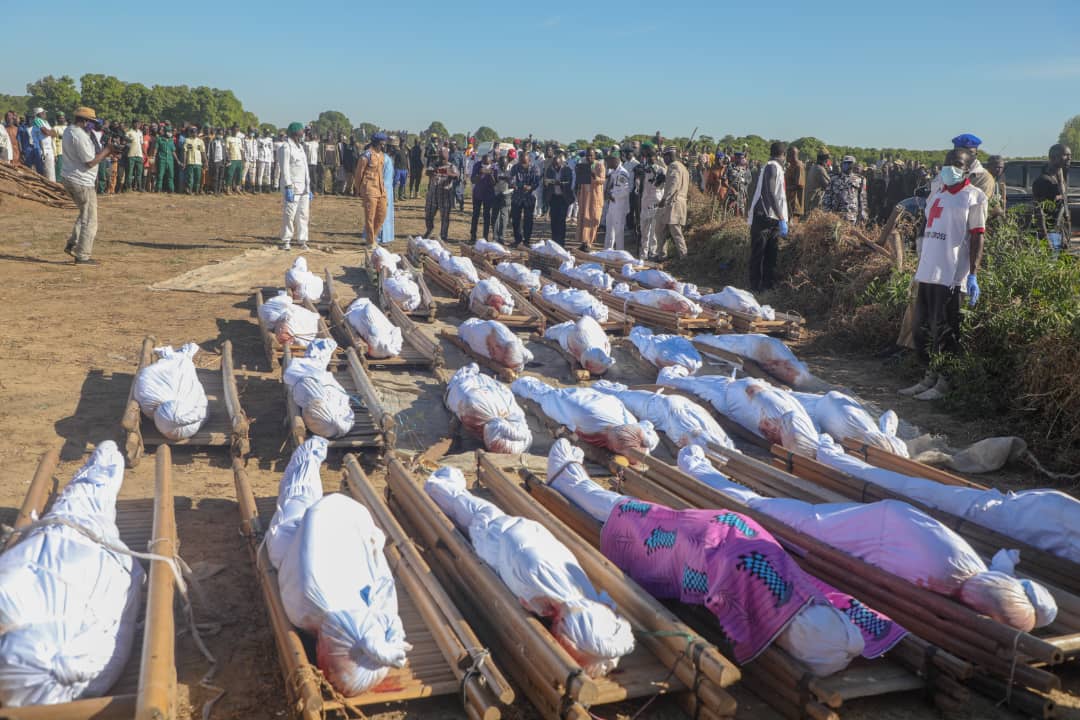 Mallam Abubakar Yunus, one of the victims of the Zabarmari attack who lost two of his sons to the ungodly act, said he was arrested along with his children and that they were slaughtered in his presence.

“People were working on their farms. At our site, the whole thing started at about 10.30 am when the Boko Haram fighters, armed with guns, came wearing army uniforms and surrounded us.

“They slaughtered my sons in my presence and one of them asked me who they were to me! I replied that they were my children. I am still in shock as to how people could be that heartless,” he said.

Another source said it was the productive population in the community that was decimated.

They killed our future

“Those killed were our future; they were the breadwinners. They were agile men killed in their prime; we will never recover from this because a whole generation was wiped away. They left us the elderly behind alongside their wives and vulnerable children,” he said.

Daily Trust reports that farmers including women and children who were harvesting their rice in fields around Zabarmari, just 25 kilometres away from Maiduguri, the Borno State capital, were rounded up between 9 am and noon on Saturday.

More information emerged on Sunday on how the first set of people were killed.

They were reportedly held hostage at gunpoint and railroaded to an isolated area and slaughtered, one after the other, Daily Trust gathered.

The number excludes dozens killed in different locations around Zabarmari and adjoining localities.

The areas could not be accessed on Saturday because the terrorists also set most of the farmlands on fire, credible sources including community leaders, survivors and local vigilantes, said.