Yuletide: CBN to investigate dearth of money in ATMs 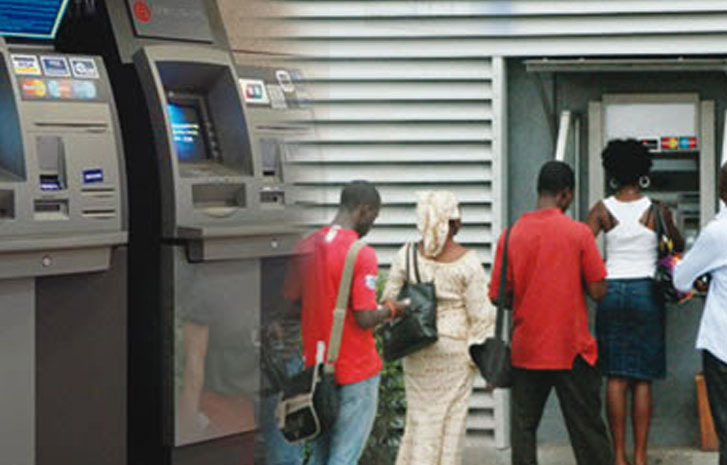 The CBN‘s Acting Director, Corporate Communications, Mr Osita Nwanisobi told the News Agency of Nigeria (NAN), on Wednesday, that ATMs were introduced so as to ease the sufferings of the people.

Nwanisobi spoke on the heels of customers complaining that the proliferation of Agent Banking is responsible for ATMs not having money to dispense any more.

It was reported that people have alleged this was due to banks conspiracy with CBN.

The director also described as “preposterous” insinuations that the apex bank conspired with commercial banks to ensure there was no money in the machines.

“It is highly preposterous for anyone to say that CBN connived with banks to deprive people of their money this season.

“The primary purpose, for which ATMs were introduced, is to ease the sufferings of Nigerians and to make banking easier and convenient.

“I assure the public that CBN will investigate the matter,’’ he said.

Meanwhile, a check by NAN reveals that some ATMs that are not dispensing cash are those that are either faulty or looted and vandalised during the #ENDSARS protests.

Those ATMs that are not faulty, but due to network issues are also not dispensing cash thus causing scarcity of funds, thereby, leaving customers to patronise Agent Banking.

According to CBN, agent banking is “the provision of financial services to customers by a third party (agent) on behalf of a licensed deposit-taking financial institution and/or mobile money operator.

A visit to the Firstbank ATMs at Iganmu, showed the machines in the bank premises were not dispensing, but the ones in the banking hall are working well.

Also at Firstbank ATM in Egbe, Isolo road, the four machines, all in good working conditions, had no cash to dispense.

Customers, who came into the premises, complained that scarcity of funds had always been the order of the day at that particular Firstbank quick service point.

Mrs Kudirat Abiodun, a trader, said “Madam, if you want to withdraw, just board a bike to Ikotun branch.

“I have never seen a branch that is unserious as this one.

“In a week, their machines can only dispense money twice.

“They never have money in their ATMs.

“I think that there is a conspiracy here so that all these POS operators around can make their money,’’ Abiodun told some people who wanted to make cash withdrawals. (NAN)