You can’t join APC through backdoor, Abiodun tells Akinlade, others 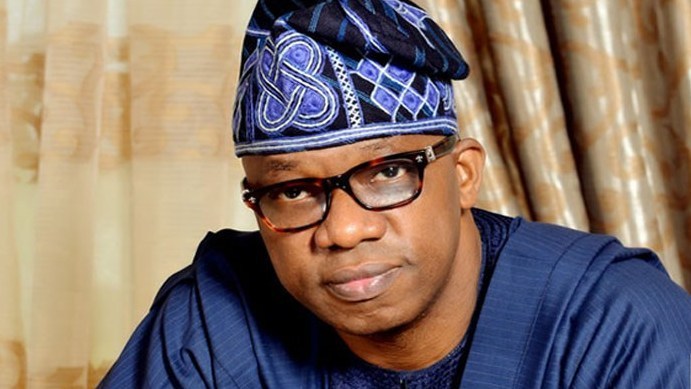 Ogun state governor, Prince Dapo Abiodun on Tuesday asked defectors and returnees to join the ruling All Progressives Congress (APC) through the right channel and “not through the backdoor.”

In a veiled reference to former gubernatorial candidate of the Allied Peoples Movement (APM), Adekunle Akinlade, who alongside others recently returned to APC, Abiodun said decampees must identify with the APC openly and not through the backdoor.

He spoke today while receiving thousands of defectors from the Peoples Democratic Party (PDP) and the African Democratic Congress (ADC) into the ruling party in the state.

The PDP defectors, who were loyalists of former Governor, Otunba Gbenga Daniel, were led by former Deputy Governor, Alhaja Salimot Badru, while the ADC gubernatorial candidate in the 2019 general elections, Gboyega Isiaka led his “Believe Movement” political structure into the ruling party.

In his address, Abiodun boasted that with the development, APC remains “the only political party in the state.”

He warned against discrimination in the party, saying there are still many positions left behind for those that just joined the APC.

“There is no new entrant; I do not want to hear of any discrimination between those that joined us and those of us that have been on ground before. We are all one.

“Nobody can say he/she is joining us through the backdoor or through the window; that is illegal. If anyone wants to join us, he will come through the proper channel”, Abiodun said.

The National Chairman of the APC, Adams Oshiomhole represented by the Zonal Secretary (Southwest), Ayo Afolabi alongside the governor and the APC Caretaker Committee Chairman, Yemi Sanusi jointly presented party flags to the new APC members.

In his response, Isiaka explained that Abiodun-led government had prioritised social welfarism policy which was part of his agenda for contesting the last election.

The three-time governorship candidate described his defection alongside his numerous supporters as a “display of sacrifice, sincerity of purpose, value alignment and willingness to pursue the common good.”

“I assure you that in joining the APC today, we bring value to the table. We are adding thousands of dedicated members, we are adding trusted ideas to governance process, we are bringing intellectual competencies that can be useful in diverse areas, we are bringing our abiding values of handwork, integrity and shared prosperity, and we are moving our tested and timeless electoral value to this party.

“All our members have been sufficiently sensitized on their roles and responsibility as party members as they will from this week move into the APC ward meetings and conduct themselves creditably.

“I urge all members of the party to welcome our people across the state (among which few numbers were accredited as delegates to this ground today) with open arms and work together for the growth of this party and success of the government”, Isiaka popularly called GNI, said.