The rainy season in Bayelsa State comes with mixed feelings. While it brings succour to people in the agricultural sector, it comes with pains for… 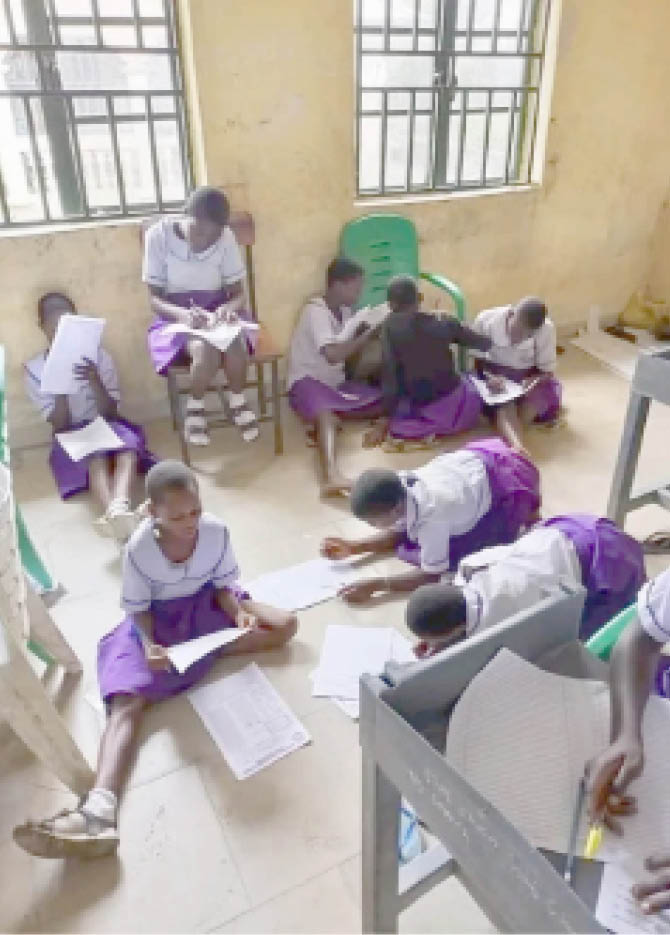 The rainy season in Bayelsa State comes with mixed feelings. While it brings succour to people in the agricultural sector, it comes with pains for those in the educational sector. This report looks at the plights of students, and teachers in the face of the perennial flood that takes over their schools.

Bayelsa State is said to be below sea level and because of that, hardly any rainy season passes without flood displacing hundreds of households from their comfort zones to either Internally Displaced Persons (IDPs) camps or rendering them totally homeless.

The peak of flooding in the state is between July and November every year, when the Rivers Niger and Benue are said to overflow into the Atlantic Ocean and empty into the creeks and tributaries in the Niger Delta region.

Use of ‘kuskura’ on dangerous rise in Zaria

The flooding always lasts for some months before the water recedes but by then, it might have caused destruction to property and human lives.

In 2012, which was the worst year so far in terms of flooding in Nigeria, several people lost their lives while property worth millions of naira were destroyed.

The Bayelsa School system has been worst affected over the years. School children are not spared, while the learning processes have also been disrupted on several occasions as most schools, especially those in rural and coastal areas, are buried by the flood water.

During the 2020 flood period, two primary school children got drowned in Azikoro town in Yenagoa Local Government Area of the state. Other such incidences abound in previous years across the state.

That is why the state government introduced flood holidays into the school calendar, despite the fact that such holidays affect curriculum of study and impact negatively on the students preparing for final examinations.

It’s also a similar situation at the Government Girls’ Secondary School, Kaiama, Kolokuma/Opokuma Local Government Area where the state government had to relocate the school as flood destroyed facilities in the school.

Other schools across the state are also suffering from the effects of flooding in the state.

In 2020, the state government was forced to abruptly close down schools’ activities due to flooding which ravaged different communities in the state.

Speaking on the impacts of flooding in schools, Secretary of the Nigeria Union of Teachers (NUT) in Bayelsa State, Comrade Johnson Hector, said though the flooding is a natural occurrence, but it altered the school calendar and affected students preparing for final examinations.

He, however, commended the state government for always declaring flood holidays during the peak of flooding to save the children from the dangers associated with flooding.

He said: “In recent years, we have these negative impacts of flooding on schools, dating back to 2012. It was because of that the state government introduced flood holidays. Teachers have a scheme of work, and when this natural occurrence comes, it disrupts the school system, and we will not be able to complete the scheme of work for the term. It also displaces the students.

“The flood mostly affects schools in the rural areas, may be because of the unplanned terrain. Most of the time, we are unable to complete the scheme of work, the programme for the term or year before examination, and this impacts negatively on the students as well as the result of the examination.

“I, however, want to commend the state government for the fact that they understand the circumstances and so adjust the school system to suit the flood situation. That is why we sometimes adjust the academic calendar. Sometimes, we close in September and instead of one or two weeks break, we just observe some days break and then start all over, so that we do not go into the flood period.

“During flooding, facilities in schools are destroyed. We always complain of this infrastructural decay to the schools’ boards – post primary school board or state secondary school board, but sometimes, we don’t see those things being attended to. After the flood, the classrooms are wet and students will not be comfortable receiving lessons because learning can only take place in conducive environment. That is why we call on the state government to always respond quickly and rehabilitate the affected schools after flooding.

“The issue of lack of desks in schools is gradually improving. In the past, children were sitting on bare floor to receive lessons, but the government through the intervention of Universal Basic Education project has donated desks to most schools in the state,” he said.

Recently, the Chairman of Academic Staff Union of Secondary School (ASUSS), Bayelsa State, Comrade Igbudu Pedro, during an interaction in a state-based radio, said though the issue of infrastructure in secondary schools is being addressed by the government, he urged the authority to do more in uplifting the standard of secondary school education in the state.

According to him, the present administration in Bayelsa State has built more technical colleges, and provided desks in schools, a situation he believed will help in the learning process of the students.

A teacher at the Government Comprehensive Secondary School, Opu Nembe, who spoke on condition of anonymity, told Daily Trust on Sunday that the school has been suffering from the effects of flooding every year without any help from the government.

He said most of the school desks were washed away by the flood in previous years, while classroom facilities were destroyed without any replacement.

Already, the state government has said it is aware of the challenges in schools in the state and is working to remedy it.

He said: “This situation explains why government is committing huge resources on several ongoing renovation and reconstruction of existing school’s infrastructure and construction of new ones.

“This prompted the immediate on-the-spot assessment of the situation by the Commissioner for Education, Dr Gentle Emelah. For the avoidance of doubt, government is not unaware of the condition of our schools and a holistic plan of action is being implemented to revamp them.

“The case of the Government Girls’ Secondary School Kaiama is particularly pathetic because the school is susceptible to perennial flooding which often results in damage of the school’s facilities and equipment.

“While the state government will continue to implement the ongoing reconstruction of infrastructure in a phased and systematic manner within the limit of available resources, Governor Douye Diri has directed that the Government Girls’ Secondary School Kaiama be relocated to a new site and provided with new facilities. The Ministry of Education is already implementing the directive.

“Government wishes to assure the Bayelsa public of its determination to revamp the system and hope that the public understands,” he said.