By Stephen Ojapah MSP Peace I leave with you; my peace I give you. I do not give to you as the world gives. Do… 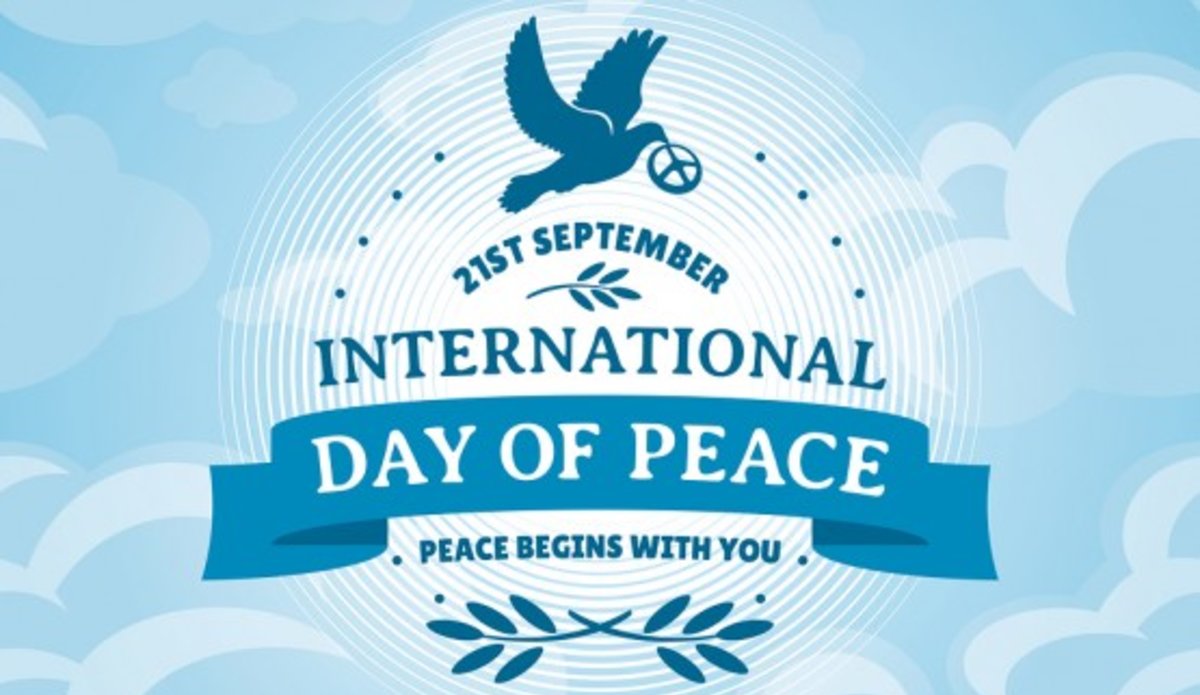 Peace I leave with you; my peace I give you. I do not give to you as the world gives. Do not let your hearts be troubled and do not be afraid. (John 14:27). Literally, the word peace is derived from the original Latin word pax ‘, which means a pact, a control or an agreement to end war or any dispute and conflict between two people, two nations or two antagonistic groups of people. According to the American military history, the word peace essentially means the absence of war. Therefore, by militaries‘views, they fight wars to win the peace, or they use force to maintain peace.  However, many peace scholars do not agree with giving an emphasis on peace in the sense of an absence of war only. Peace, in their opinions, is something more meaningful, valuable and important than that.

According to Albert Einstein‘s view, peace is not only an absence of war, but it means or includes the presence of justice, law, order or government in the society. Martin Luther King, Jr., a famous human rights activist True peace is not merely the absence of tension: It is the presence of justice. His Holiness, the 14th Dalai Lama, said Peace, in the sense of the absence of war is of little value…peace can only last where human rights are respected, where people are fed, and where individuals and nations are free. Consequently, terrorism, violence and conflict have thrived because there is absence of justice, there is exclusion and marginalisation, and there is complete disregard for the rule of law. In some cases, there is racism, identity politics and exploitation.

Isaiah 54: 13 says; the Lord shall teach all your children, and great shall be the peace of your children. In other words, in all the expert explanation of peace and its many implication in the international system. There is one reality that guarantees perfect peace:  The Lord’s teaching. Peace is a metaphysical reality. We feel it, deeply in the heart. It give gives us the unique experience of contentment even in poverty, sickness, sorrow, and death. No wonder great saints and mystics like Saint Lawrence could approach death with joy and smiles in his face. Great saints like Maria Goretti could face death with so much smiles in her face. The early fathers of the faith did not shy away from the reality of pain because of the peace that superseded human fear.

The international day of peace, which is celebrated on the 21st of September annually; focuses on the absence of war and the cessation of fire to allow humanitarian access. Global Peace is different from the peace of the soul. In as much as Global Peace is necessary for businesses and other economic ventures to thrive, a Christian should strive for the peace of the soul. In your will is our peace. (Isaiah 26: 3-4, Micah 5:5).

How does Peace of the soul feel like? Fulton J Sheen in his book, Peace of the Soul; talked at length on the inexplicable joy and calmness that accompanies one whose life is rooted in Jesus. For He is the measure of contentment. In Jesus, there is no poverty or riches. The one firmly rooted in him cares less about his identity. In Luke Chapter 16: 19- 31. There is a beautiful parable of Lazarus and the rich man. The Rich man feasted sumptuously every day. While Lazarus a poor man lay helplessly at the rich man’s gate. The beauty of the parable is the identity of the rich man. He is described by what he has acquired in life. Wealth, Fame, Lands, Positions, Power etc. These material things in themselves are great, but for the rich man it became a means of self-glorification and his identity. Meanwhile Lazarus is been described by his name.

This is my first publication after my thirty-three day “spiritual retreat” with Fulani bandits. It could have been worse. I guess, I have a lifetime to talk about my experiences. Very briefly about the kidnapping incidence. When I was in their hands I resigned everything moment to God. If I made alive I was at Peace. If I did not, Father Oliver Okpara had administered the sacrament of reconciliation for me while in the bush. Therefore, my heart was with Jesus. The author of peace. The celebration of the world peace day should not remain a one-day event; to be remembered, and the wars continue. Let it be a daily project for the government of the world and its citizens.

To all fellow victims of violence and brutality round the world, I say peace to your hearts. To the traumatized victims of kidnappings and wars. I raise my voice to say peace. The one that the world cannot give.

Fr Stephen Ojapah is a priest of the Missionary Society of St Paul. He is equally the director for Interreligious Dialogue and Ecumenism for the Catholic Diocese of Sokoto, a member of IDFP. He is also a KAICIID Fellow