Nigeria is estimated to have a high burden of hepatitis, particularly hepatitis B and C.   Hepatitis is a disease that causes inflammation or damage… 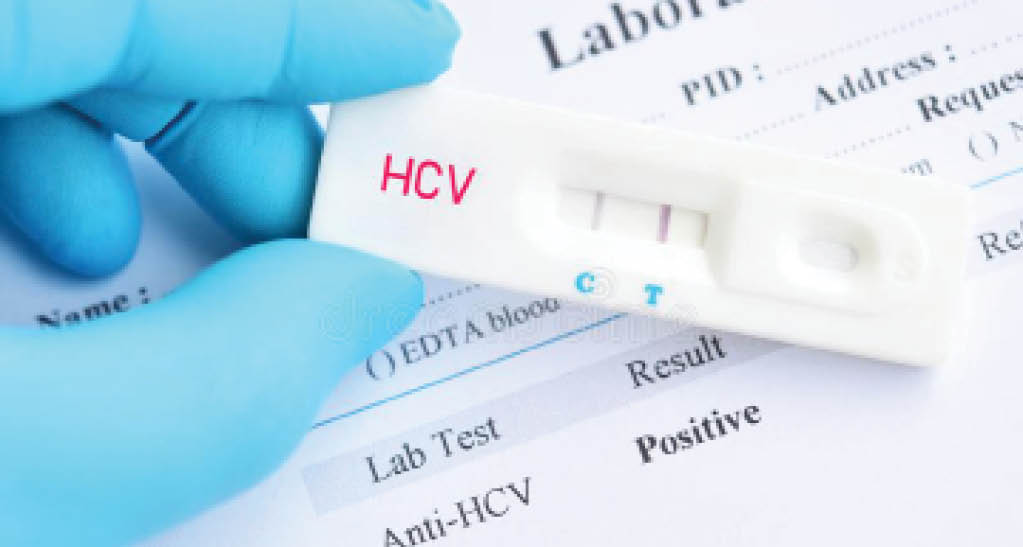 Nigeria is estimated to have a high burden of hepatitis, particularly hepatitis B and C.

Hepatitis is a disease that causes inflammation or damage to the tissues of the liver. It can lead to liver cancer and cirrhosis.  The five types of viral hepatitis are A, B, C, D, and E.

According to the Minister of Health, Dr Osagie Ehanire, viral hepatitis remains a public health threat, especially hepatitis B and C, which cause chronic infection with attendant morbidity and mortality.

He said in Nigeria, nearly 20 million people are estimated to be infected with hepatitis B or C.

The minister said despite significant rates of infection, there is very low awareness about the infection, while the infections are under-reported, under-diagnosed and under-treated.

He added that stigma and discrimination of those infected also pose challenges.

He said there is a lack of awareness among the general populace as evidenced by a low uptake of available preventive services.

“High cost of treatment and out-of-pocket payment are identified impediments for treatment access for people   that are aware of their status,” Dr Mulombo said.

Dr Crystal Chikodili Umejiaku, a  Consultant Gastroenterologist and Hepatologist at the University of Abuja Teaching Hospital (UATH), Gwagwalada, described  hepatitis as a silent killer, because most times there are no symptoms.

“And by the time you are having the symptoms, maybe you have got to a very bad stage,” she said.

Findings revealed that many people are unaware about their hepatitis status and the importance of vaccines in preventing it.

Some of them get to know their status when it is too late and the disease has progressed to liver cancer thereby causing many to lose their lives to the disease.

Also, while the birth dose and pentavalent hepatitis vaccine is provided free of charge for all children under five in the country, there are challenges of ensuring  access and availability, as well as testing and treatment for pregnant women and mothers in facilities.

Hepatitis A and E are transmitted by contaminated food and water. Some of the symptoms include  fever, diarrhoea, abdominal pain and yellow eyes. The symptoms go on their own and don’t stay in the body to cause further damage.

The World Health Organisation (WHO) said hepatitis B is most commonly transmitted from mother to child during birth and delivery, as well as through contact with blood or other body fluids including during sex with an infected partner, unsafe injections or exposure to sharp instruments.

While the hepatitis C virus is a blood-borne virus and mostly infects through exposure to blood from unsafe injection practices, unsafe healthcare, unscreened blood transfusions, injection drug use and sexual practices that lead to exposure to blood.

The Minister of Health said the spread of hepatitis B and C, similar to HIV, is fueled by unsafe sexual behaviour and unsafe blood transfusion, harmful practices such as sharing of sharp objects for scarification marks, tattoos etc and mother-to-child transmission.

Umar was diagnosed of hepatitis B when he applied for employment in one of the security agencies.

He said for over a year, he tried curing it with traditional  medicine to no avail before he went to the hospital .

He said his doctors told him the disease had damaged his liver and it would have been a lot worse if he waited longer before presenting for care.

He said though the disease has no cure yet, he has meticulously been taking his medication and it has helped him manage the disease.

Queen Haruna (not her real name) said she was depressed when she tested positive for hepatitis C at a    public hospital.

“But with the counselling  by my doctor, I know that unlike before,  I can  get better  if I adhere to the treatment,” she said.

Raphael (surname withheld)  said his offer to donate blood to a relative who was ill and needed blood transfusion led to  his diagnosis with hepatitis B.

“I was told that for some cases, it doesn’t show any symptoms until it is too late. I am glad that I am getting better after treatment .”

Medical experts said it is important to know one’s status as delay in testing or knowing one’s status worsens the disease and causes deaths.

They said without appropriate diagnosis and   treatment, around one-third of those chronically infected with viral hepatitis would die as a result of serious liver disease, including cirrhosis, liver  cancer and liver failure.

Dr Crystal Chikodili Umejiaku, the Consultant Gastroenterologist and Hepatologist at UATH Gwagwalada, advised Nigerians to get tested, adding, “You can never know if you have it, if you are not yet tested’.’

She said those that have tested negative should get vaccinated.

“And the vaccine is not just one. Taking only one shot does not help; you get  protected  when you have taken the three shots for hepatitis B,” she said .

The expert said there is no prevention for hepatitis C, adding that, “The good news is that there is cure for it”.

She said, “So if you get tested and are positive, you take medication for three months and in most cases you achieve a cure as opposed to leaving it to when it has damaged your liver and the drugs will do you no good.

“Even though there is no cure for hepatitis B, there  are  drugs to treat it to put it at a very minimal level.

“So just get tested. If positive, get treatment for B, if negative for B, get vaccinated and if negative for hepatitis C, avoid those practices that can predispose you to having it.”

Dr Umejiaku said people should stop common practices that predispose them to the disease such as sharing sharp objects such as razors and needles.

“They should stop patronising pedicurists and manicurists on the streets. They usually say they have burnt their tools  or cleaned them with spirit to sterilise them  but unfortunately those things don’t have an effect on hepatis B and C.

“It can also be transmitted when ladies go to saloon and same needle is being used on them.

“Also recently in our environment, a lot of people are having tattoos. They don’t even know if the tattoo centres change their needles; and eyebrow carving with razors too because those things lead to bleeding and if the needles are not changed, they transmit.

“Sharing of clippers can also lead to transmission. That is why in places where they are aware they give each person a cuticle remover, they don’t share.

“So sharing of sharp objects in any form is not advised.”

Dr Kazadi Mulomo said by introducing the hepatitis B birth dose and the pentavalent (DTP-HepB-Hib) vaccine into routine childhood immunisation schedule since 2004, Nigeria is contributing to the global achievement of the reduction of hepatitis B infection in children.

He said if all children are protected with hepatitis B birth-dose vaccination within first 24 hours of life, hepatitis B which accounts for 85 percent viral hepatitis in the region can be eliminated for the incoming generations.

He called on government to mobilise domestic funds for a national hepatitis B and C treatment programme (e.g., scale up and decentralise testing and treatment services to lower-level facilities, primary health and other relevant services including HIV, harm reduction and prison services etc.).

The Minister of Health, Dr Osagie Ehanire, said important policy and strategic documents as well as treatment protocols for viral hepatitis have been developed in the country in line with the Global Health Sector Strategy for viral hepatitis control.

Dr Oliver Stolpe, the Country Representative of the United Nations Office on Drugs and Crime (UNODC), said to effectively raise awareness about hepatitis care to communities and individuals, it is important to focus on vulnerable and hard-to-reach populations such as people who inject drugs (PWIDS) as well as people in custodial centres and other closed settings.

Dr Stolpe said, “This is because the prevalence of HCV is higher in prisons compared to the general populations”.