Today, Nigeria joins the rest of the world to celebrate the World Food Day amidst concerns that the current flood disasters across the country may… 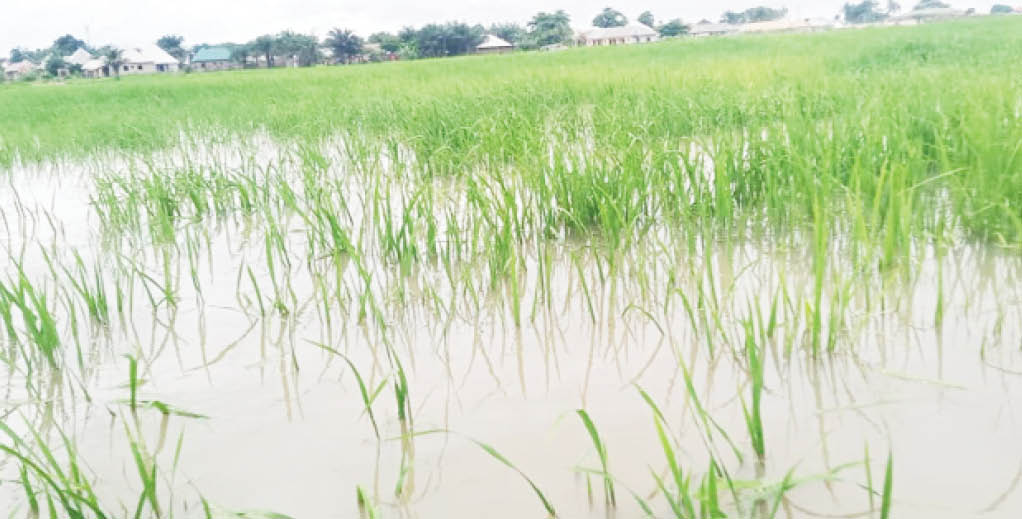 Today, Nigeria joins the rest of the world to celebrate the World Food Day amidst concerns that the current flood disasters across the country may further increase the number of people facing hunger.

The United Nations Food and Agriculture Organisation (FAO), through the ‘Cadre Harmonisé’ report, estimated that 19.4million people in 21 states and the Federal Capital Territory, were already facing food crisis.

The Cadre Harmonisé is an early warning system designed to disseminate timely and accurate information on the dangers of the food security situation deteriorating in vulnerable areas, particularly in northern Nigeria.

Every year, on October 16, the world observes Food Day to raise the awareness of people who are hungry and call for collective action to ensure that people have access to food.

This year’s event is celebrated under the title, ‘Leave No One Behind: Better Production, Better Nutrition, Better Environment and Better Life.’

In 1979, FAO declared October 16 to be World Food Day, one of the most celebrated days in the United Nations’ calendar with hundreds of events and outreach activities, which bring together, governments, businesses, civil society organisations, the media and the public.

This year’s event comes at a time when numerous global disasters, such as the conflict between Ukraine and Russia, climate change, rising food costs and geopolitical tensions have negative impact on the global food security.

Speaking at one of the events organised to mark the day in Abuja, the Minister of Agriculture and Rural Development, Dr Mohammad Mahmood Abubakar, said rising global disasters threatened food systems, adding that Nigeria was doing everything possible to deal with the situation in the country.

“Nigeria is doing everything humanly possible to make sure that people do not go hungry, and that is why we have grains in our strategic reserves, where we keep about 100,000 metric tonnes. If you remember, during COVID-19, Mr President ordered the release of 70,000 metric tones, which have helped. This is how countries get ready to avoid famine or any catastrophic hunger that might hit them.

“So, a lot of strategies are being put into action to make sure Nigerians do not go hungry. We know we have issues of insecurity and production has dropped, but we don’t have shortage of food in Nigeria at this point, and we want to make sure there is no shortage; but yes, prices have risen,” the minister said.

While he seems to be optimistic that Nigeria is not at the brink of any food crisis, other stakeholders think the country needs to do more.

The FAO country representative to Nigeria and the Economic Community of Wast African States (ECOWAS), Mr Fred Kafeero, howeverm opined that the country must be on the corridor through which nations can reform their agri-food systems.

Such corridor must put into practice, sustainable and all-encompassing solutions that take long-term development, including economic growth and increased resilience into account.

“We need to harness the power of solidarity and collective action to undertake sustainable production and consumption of healthy diets, address the problem of post-harvest losses and increase efficiency in the use of natural resources,” he said.

Across the country, farmers are crying as millions of investments have been destroyed due to heavy flooding that washed away farms.

Farmers along the country’s major rivers—Niger and Benue—have lost so much. Most of those affected are rice and maize farmers, raising the fear that shortage of the two most widely used grains may trigger crisis in the value chain industries.

Farmers in Niger, Benue, Nasarawa, Taraba, Kogi and Kebbi states are severely hit, just like the 2012 flood disaster that killed many people and destroyed a lot of farms.

Kabiru Ibrahim, an architect and the president of the All Farmers Association of Nigeria (AFAN), said this year’s World Food Day, which falls today, October 16, 2022, was exceptional for Nigeria for certain reasons, including the fact that “we are still largely witnessing insecurity, unprecedented food inflation, incessant flooding occasioned by climate change and high production costs.”

To avert food crisis occasioned by the recent events, Ibrahim suggested the ways out thus, “We should go back to the farm, especially where flooding has taken place, by taking advantage of the remaining moisture as the floodwaters recede, stem insecurity, adopt climate smart agricultural production, adopt system of crop intensification, embrace agricultural biotechnology and Good Agricultural Practice (GAP), which reduces the use of chemical fertilisers and other chemical inputs that are costly.”

Many experts also advised the federal government to intensify support for the forthcoming irrigation farming to make up for the huge losses due to heavy flooding.