Women should get up to SEVEN ultrasounds in pregnancy, expert say

Pregnant women should be offered more than two ultrasounds during pregnancy, experts say.  Currently, mothers-to-be are only routinely offered scans on the NHS twice —… 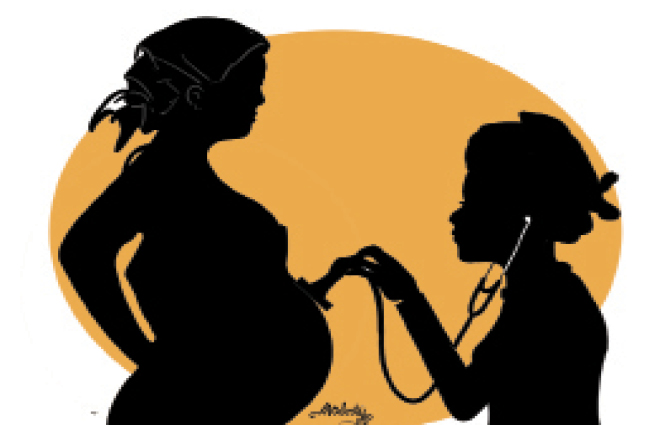 Pregnant women should be offered more than two ultrasounds during pregnancy, experts say.

Currently, mothers-to-be are only routinely offered scans on the NHS twice — once at around the 12-week mark and another after about 20.

But women should actually get up to seven, sonographers claim.

They said it would potentially avoid unnecessary trauma and the need for emergency C-sections.

The Royal College of Obstetricians and Gynaecologists states that extra ultrasound scans are not usually required.

Some midwives are against having unnecessary serial scans because they could just make parents stressed.

I have not disappointed anyone – Buhari

More scans could mean complications are spotted early — including birth defects, abnormalities and the position of the baby before birth, Ms Richardson argues.

Under the NHS protocol, only women in high-risk pregnancies, such as those with diabetes or high blood pressure, are offered more than two scans to check if their baby is growing properly.

But this only happens sometimes.

Women requiring extra scans can pay privately for them, with clinics charging up to £2,200 for a package that includes five scans and several midwife consultations.

The first ultrasound mothers-to-be are offered on the NHS, usually between 11 and 14 weeks, is called the dating scan. It helps doctors work out baby’s rough due date by measuring the size of the baby.

At the same time, women may also get a nuchal translucency scan — which tests for conditions such as Down’s syndrome. This is done by measuring the fluid at the back of the baby’s neck, as more fluid here can signal a higher risk of abnormalities.

The second scan, sometimes called the ‘mid-pregnancy scan’, is carried out between 18 and 21 weeks. It checks the baby’s physical development and can identify whether it is a boy or girl.

They will also look for signs of 11 rare conditions, including cleft lip and spina bifida.

However, at this early, some women still have no idea they are pregnant.

At a 7-week scan, the sonographer will be able to spot twins or triplets slightly earlier and check for the baby’s heartbeat.

This earlier scan is especially helpful to women experiencing pain, bleeding or who have had a miscarriage or ectopic pregnancy in the past. The scan can help put their mind at ease and find any problems early on, she claims.

Ms Richardson argues it could be ‘less traumatic’ for parents because they can find out sooner in the pregnancy if the baby is unwell.

The sonographer also recommends women get up to six other scans.

Between 14-24 weeks, at Ms Richardson’s private clinic, you can get a ‘reassurance scan’ that offers ‘peace of mind’. At this you can see the baby’s heartbeat and first movements.

A cervical scan between 17 and 21 weeks is used to determine if you are at risk of premature or early delivery.

A sexing scan at 17-23 weeks will show the gender of your baby and measurements will be taken to check the baby’s growth and development.

Between 20-24 weeks an ‘anomaly scan’ checks the development of your baby. The sonographer assesses the size of the brain, face, lips, heart, spine, stomach, kidneys, bowel and limbs, checking for signs of cleft lip and spina bifida.

But this is also offered to everyone on the NHS at 20 weeks.

A 3D or 4D scan is offered to pregnant women between 26 and 31 weeks at Ms Richardson’s clinic. At this appointment you can pay to get a video of your baby, and see their heartbeat and movements.

Finally, between 24 and 40 weeks a ‘growth scan’ is offered to check on the position of the baby.

Ms Richardson says the optimum time for many women to get this is at 36 weeks. But it could set you back more than £180.

Despite the extra cost pregnant women would have to fork out, there is no known risk associated with having ultrasounds.

The sound waves used in the scans are not like some other scans, such as CT scans, as they do not involve exposure to radiation.

A scan at 36 weeks may sound a bit late, but Ms Richardson thinks mums should get it.

This final scan can show if the baby is in the right position ready for birth and not in breech (lying bottom down), which can avoid a whole myriad of problems during labour, including an emergency C-section.

She said: “If someone said to me, I’ve got money to have one extra ultrasound scan, I would say have the 36-week scan, because then you have had 12 and 20-week scans on the NHS and the 36-week scan and we know that baby is not too big, not too small and all ready for the exit.”

However, a midwife can check if a baby is in breech without a scan and simply by feeling the abdomen.

Although at least two scans are offered to everyone, the NHS does not force you to attend the appointments and you will still be offered antenatal care.

This includes health checks, advice on healthy eating and options for care during labour and birth.

Professor Asma Khalil, consultant obstetrician and vice president of the Royal College of Obstetricians and Gynaecologists, said: “If the pregnancy is uncomplicated, additional antenatal scans are not usually required.

“Additional ultrasounds may be offered where there is a medical need to continue to monitor foetal growth and wellbeing.”

Professor Khalil warned that although some private clinics offer more scans, not all of these scans will pick up on problems and may just produce an image of the baby.

She added: “Some women may choose to have additional private scans for extra reassurance, for example, those who have previously had a miscarriage.

“While some private scanning companies can offer a full diagnostic check, others are not able to provide this service and may not pick up on problems with the woman or their baby.

“Therefore, it is important that private companies ensure women fully understand what type of scan the sonographer is doing.”

Tina Prendeville, midwife with pregnancy charity Tommy’s, is against having too many unnecessary scans.

“Although a scan may give reassurance at that moment, having serial scans may cause unnecessary stress for some, and it is important to discuss these feelings and emotions with your midwife or doctor so that they can support you.”

According to NICE, which provides evidence-based medical recommendations to the NHS, pregnant women are given an abdominal exam at 36 weeks to identify possible breech presentation, but not an ultrasound.

If necessary, and breech presentation is suspected, an ultrasound is then used for further checks and to determine the presentation.

However, there have been proposals to start using an ultrasound device at routine antenatal appointments to check the positioning of the baby, but evidence this is beneficial is currently limited.