Mrs. Mairo Ahmed Amshi, PhD, is an educationist, farmer, an author and former Commissioner of Women Affairs in Yobe state. In this interview, she speaks… 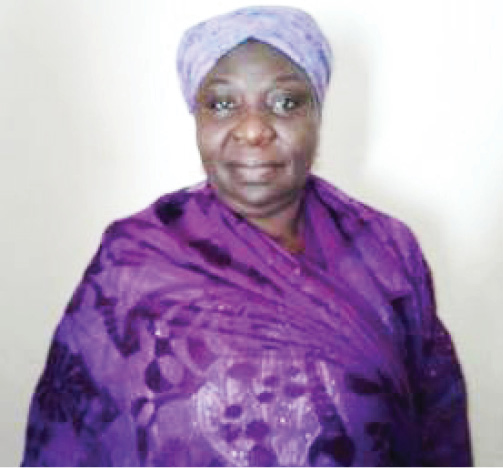 Mrs. Mairo Ahmed Amshi, PhD, is an educationist, farmer, an author and former Commissioner of Women Affairs in Yobe state. In this interview, she speaks on her rigors as women in education, farming and the books she authored on women rights in Islam and politics. Excepts:

Kanem Trust: You wrote a book ‘Participation of women in politics’, how does it encourage Muslim women to participate in Politics?

You know, there are ways that women can come out to participate in politics because it is not haram but, in most cases, it’s done wrongly. It may interest you to know that there are women that participated in politics during the time of Holy Prophet (SAW). They were given appointments as ministers and other positions. It’s not new in Islam but, women make themselves irrelevant in politics because they don’t know how to do it. That’s why I feel I should bring it out using the little knowledge I have from my religion and political experience. So, I put it in a form of book.

Kanem Trust: Are there other books you have written apart from this?

Yes, the first one is, `Resilient journey to my carrier` which is my life biography; the challenges I faced right from school, in marriage, in my work place and all these. I launched `Islam and Gender Issue in the Contemporary Era’. I completed ‘Gender mainstreaming and equity in politic: Panacea for stable democracy’, I am about to present it to public. I also wrote ‘Gender analysis in agriculture issues and policies: a case study of rural women in Yobe state, Nigeria’.

Another book is ‘Let the truth be told: misapplication of child custody (Hadana) in Muslims society’. I wrote this book and it’s also not yet presented to the public. Here, there are issues that are being ignored by our judges. These are issues that can make a Muslim woman even decide to abandoned Islam because it’s so painful. There are some careless judges that don’t even take note of what the Quran and Hadith of the holy prophet say. They misinterpret it, ignore it and misinterpret it to pass selfish judgments against women. If a judge should do that, what then is the essence of being a judge there? A total misinterpretation of the Quran just to satisfy their desire or somebody`s else desire. Islam is a religion of equity, justice and peace. That is why I brought this book and I am yet to present it to the public.

The book you wrote, “Resilient journey to my carrier” has to do with your biography, can you share with us the challenges from schooling down to work and politics at a later stage?

Yes, I faced a lot of challenges. I was married to my husband when I was very young and we were both in school in 1978. He was at Kaduna polytechnic and I was in Maiduguri just after my SBRS. My parents were at Bulunkutu area in Maiduguri and I have to be off campus because I was pregnant and I have to be going to the school. My Dad had to arrange me a Taxi driver that took me to school very early in the morning and brought me back for him to go for other things.

The taxi driver normally comes weekdays not weekends and we use to have workshop practice every Saturday. So, when there is nobody to take me to school on the practice days, I usually trek to catch a bus. I use to put on jeans and boot then tie my wrapper. While tracking to catch a bus, the Almajiris will start shouting and clapping, “Mace da wando da zane” (woman with trouser and wrapper) but that did not deter me. I used to feel very bad but, whenever I came back home my Dad and Mum will say just leave them it’s just for sometime.

The second challenge is even before I go into Agriculture, some people say I should not go for the course because it’s a male profession. We were ten in the class and I was the only female student. Alhamdulillah! I made it in crop science department. I graduated with second class upper. When I came to the field, I saw that 80 percent of the food we are consuming is produced by women. That was why I wrote the book on ‘Gender analysis in agriculture issue and policies’, I conducted a research and came up with the book.

Kanem Trust: What specifically is the theme of that book?

If you look at the cover of the book it summarizes everything, you will see a woman hoeing, doing the trashing, processing, harvesting and then she will come home and make the last meal with the baby and everything.

Yet, wherever agricultural inputs or any benefit that would improve on farmer’s production or ease her drudgery of labour, the woman is not considered. And, 80 percent of the food we eat is from the rural women. Because, whenever a woman has a half an acre or has up to one hectare (a football field) after harvesting, what she first thinks is to store half for the family. She doesn’t start thinking that the husband will bring. If you go to rural areas that is the custom, she will still divide it into two and sell some for her children school fees and the other portion for the family use and sustenance.

In the morning, when she wakes up around 4:30am or 5:00am, she has to cook, go to the husbands farm, weed the farm, after weeding, she will come back home by 12:00pm and take the food to her husband. Then, on coming back home, she has to go and fetch firewood with a baby on her back, while other children are waiting for her. On coming back home, she grinds, ponds and cooks the food without resting. And the husband is there resting in the farm. She has to finish all these before going to bed. Sometimes, around 5pm the woman would go to her own farm because it is the only time she has. Imagine, the produce is all for the family.

Sadly, these rural women are not considered in anything agriculturally, when it comes to fertilizer distribution, they don’t get, when it comes to extension work, they don’t participate. I am talking out of experience because I headed extension activities and dissemination of new technologies. We will first of all go to the village head; he will welcome us and call people from the village but no women representation. If I asked about women, they will say we will tell them and I believe there is always distortion of information.

When it comes to input distribution, a man will say he has four wives, if we intend to give 4 bags NPK fertilizer per hectare, now he will collect 16 bags and hardly can the wives get up to two bags each from him. There are lot of things and with all these labour-intensive activities even the trashing; the women are suffering from etching sensation.

We tried to develop a lot of machine to ease the work for the women, but once we go to the villages we will see the young boys using it. To my biggest surprise, even the Okro cutter that we produced for the women, the men hijacked them.

So, I now wrote the book for the authority to see how they can make a policy for women to have this and the man to have this because women produce more food. Let me tell you, if a man has five hectares, immediately after harvest, many sell off their produce from the farm gate. Hardly will they bring home up to half and they will depend on what the women have grown.

Kanem Trust: What made you to titled the book ‘Islam and gender issues in the contemporary era?

Actually, I already said there is misunderstanding of Islam as regards to women position. Then gender issues has now become of serious concern in the world. Whenever you talk of gender, people will start looking at it as a very serious issue.  But, they misunderstand the word “Gender”. People mostly think that the word means women and in the book, I tried to bring it out that it either means a male or a female.

I discuss further on the issues of women. I talk about gender equity and equality because a lot of people are shouting about gender equality; here we have to ask ourselves, equality in what sense? I cannot grow beard because I am a woman likewise a man cannot carry pregnancy. We are different, so we cannot be equal.

For instance, in Saudi Arabia it is just recently they allowed women to drive cars. Only the men drive, so this is a gender issue at their own end. Whenever a woman is driving they would look at her differently. Still in Saudi Arabia, it’s the men that cook contrary to our society that mock at men that cook. So this is something that the people of that community decide to attach to either a man or a woman. Also in my own case, I considered equity as to allow me to do what I can do if it’s beneficial to my society and is not against my religion. If I want to be a soldier, allow me to be a soldier because during the time of the Holy Prophet there were women that went to the war front. There is nothing wrong to it. There was the way that a woman can do it. So allow me to do it in my own way.

Kanem Trust: The book you lunched, Misconceptions of people about Islam, how do you come about it?

I came about it because of the challenges I am facing as Muslim woman. There are a lot of misconceptions, misunderstandings and misinterpretations about Islam. I have been attacked directly as a Muslim woman on this kind of things, or indirectly for my religion. I feel that the essence of living as a Muslim is to try and defend my religion, though Allah has already defended it. I wrote the book to contribute my own portion as Muslim.

Kanem Trust: What are those misconceptions about Islam?

You see, there are issues that people think that Muslim women are oppressed or not given our rights. We are not oppressed and we are the people that have more rights than any other human being on earth. But, without coming out to tell people, it is very difficult to clear the misunderstanding. That is why I decided to put it in writing for my brothers and sisters in Islam to read and know the true status of woman in Islam. And for people from other faiths and the western thinkers who think that we don’t have any rights.

Kanem Trust: Can we know little of your background?

I am Mrs. Mairo Ahmed Amshi, PhD, born on April 1960 in Bizi village, Bade Local Government area of Yobe state. I started my Primary School education at Army Children’s School, Kano in 1965. We were at Jimeta on transfer in 1967 where I was enrolled into Islamiyya Primary School Yola. From there, I got admission into Government Girls Secondary School Maiduguri, where I completed in 1976. I proceeded to the School of Basic Studies in University of Maiduguri. I got admission into University of Maiduguri, where I obtained my BSc in Agriculture in 1982. I am now a PhD holder.