Operatives of the Ekeki Division of the Bayelsa State Police Command have arrested a stepmother, Peremoboere Botu, for chaining a 9-year-old boy identified as Godday… 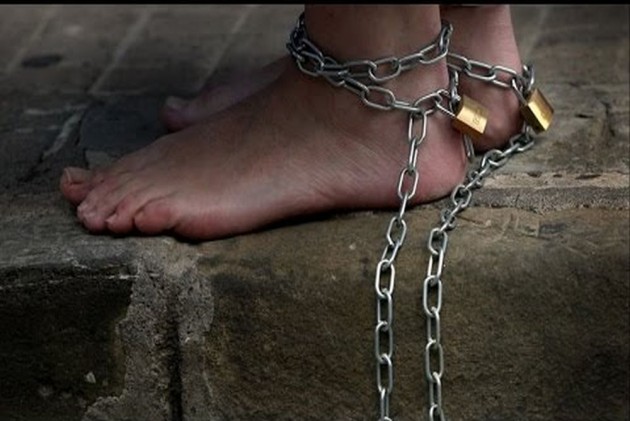 Operatives of the Ekeki Division of the Bayelsa State Police Command have arrested a stepmother, Peremoboere Botu, for chaining a 9-year-old boy identified as Godday Simon Aprebo to a pole over allegation of being a wizard.

The boy was accused by the stepmother for using voodoo against his family and caused misfortunes for his father and trying to kill him.

The incident occurred on Agboli Street at Okutukutu area of Yenagoa Local Government Area of the state and it took the effort of the police operatives to rescue the boy.

It was gathered that the advocacy groups, Starrz Safety Initiative, led by its Executive Director, Mary Bekeowei Accrah and FOMWAN, led by Hajia Maryam Abeki, quickly drew the attention of the Bayelsa State Gender Response Initiative Team (GRIT) to the boy’s plight.

According to the neighbours, the victim’s stepmother and biological father chained him to prevent him from running away, alleging that he is a wizard.

They reportedly subjected him to series of punishments to force him to confess to the alleged wizardry.

Daily Trust gathered that the father identified as Simon Afrebo, said to be a prophet, had since absconded.

The State Chairman of the Gender Response Initiative Team (GRIT), Barr. Dise Ogbise, who confirmed the development, described the incident as pathetic, saying the culprits would not go unpunished.

She called on the Bayelsa State Police Command to thoroughly investigate the matter and prosecute the culprits as soon as possible, adding that GRIT would take steps to offer psycho-socio support to the child.