Witness: Why We Didn’t Rescue Victims of Abuja Air Crash

A man simply identified as John has explained why victims of the air force jet that crashed on Sunday were not rescued. John, who told… 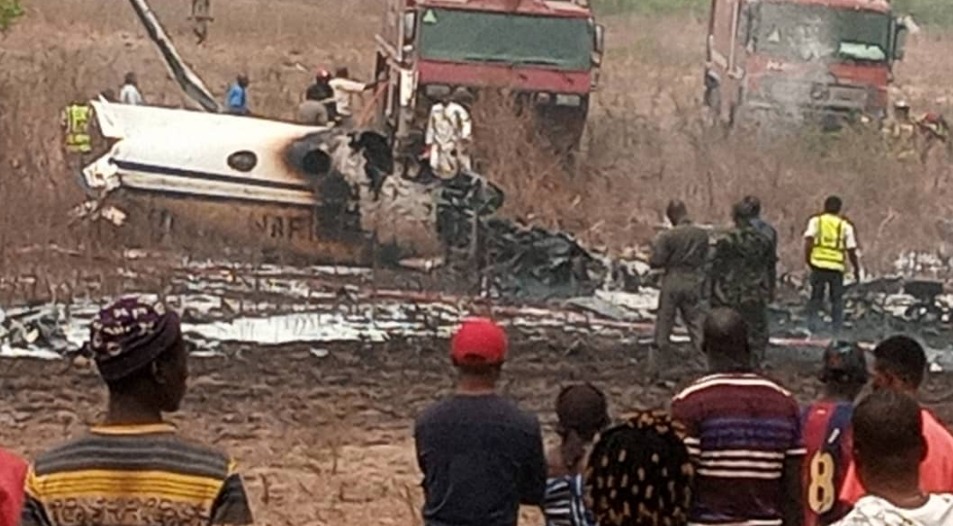 A man simply identified as John has explained why victims of the air force jet that crashed on Sunday were not rescued.

John, who told Daily Trust that he was among the first set of persons who got to the scene of the accident, said the victims were alive after the the aircraft crashed.

He said it took over 30 minutes for rescue officials to get to the scene, disclosing that those on ground attempted to rescue the trapped occupants but smoke billowing from the ill-fated aircraft prevented from doing so.
John said while they were trying to put out the smoke, the aircraft exploded and they all fled to safety.

He said the crash happened 100 meters away from Bassa village, hence, no confirmed cases of ground casualties.

Daily Trust reports that the aircraft crashed few minutes after leaving the Nnamdi Azikiwe International Airport in Abuja, killing all the seven persons on board.

Ibikunle Daramola, spokesman of the force, confirmed the incident, saying investigation was ongoing.

Our correspondent at the scene of the accident said at about 12pm, the black box and the cockpit recorder were all recovered.

He also saw lifeless bodies being taken into body bags and hauled into waiting ambulances.

Working with the Airbforce personnel, the investigators immediately began to map out the body parts of the aircraft lay strewn around the crash site.

The aircraft was said to have reported engine failure at 10:39am and crashed on the final approach path of Abuja runway 22 at 10:48am.