Why we resumed contributory pension scheme in Niger – Pension Board DG

The Director General of Niger state Pension Board, Alhaji Usman Tinau Mohammed spoke on resumption of Contributory Pension Scheme (CPS) in Niger State and the… 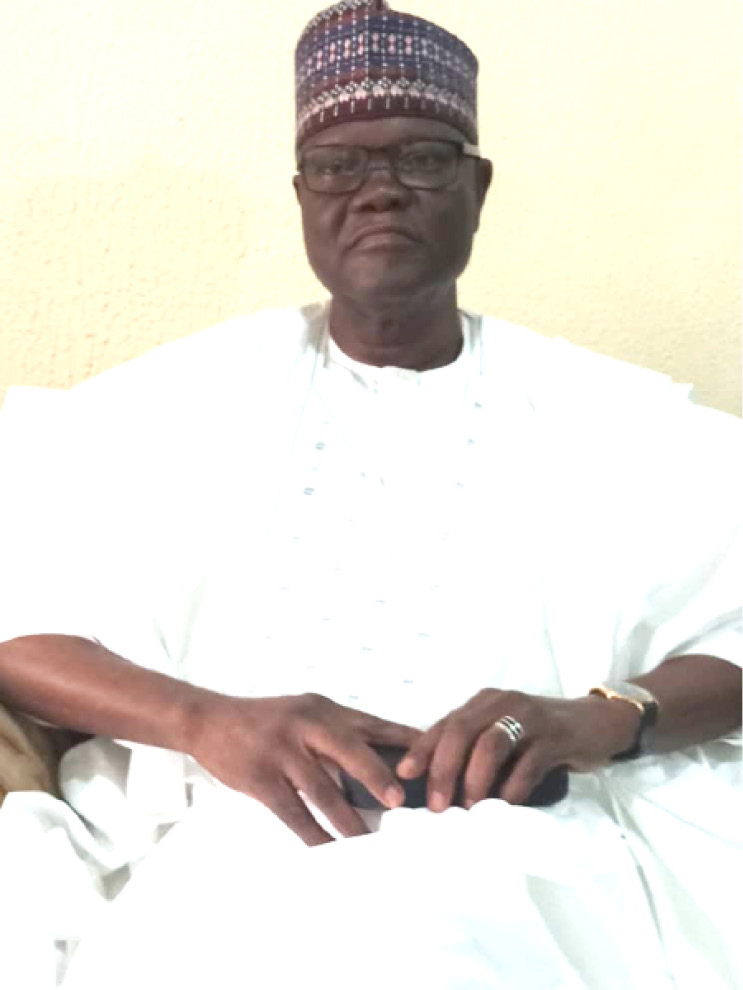 The Director General of Niger state Pension Board, Alhaji Usman Tinau Mohammed spoke on resumption of Contributory Pension Scheme (CPS) in Niger State and the success recorded by the administration of Governor Abubakar Sani Bello in payment of retirees’ benefits amid reforms in pension administration in the state.

Four months ago, the state resumed the implementation of the new Contributory Pension Scheme; at what stage are you now?

Yes, you will recall that the governor of Niger State instituted a committee to come up with ways of resuming the new pension scheme known as the Contributory Pension Scheme (CPS) sometime last year.

The 18 member committee was headed by the Deputy Governor of the state, Alhaji Ahmed Mohammed Ketso.

We deliberated for over 15 months and got input from all stakeholders, including the Nigeria Labour Congress and Nigeria Union of Pensioners who made tremendous contributions.

Since March 2015 when the scheme was suspended, there was no contribution or deductions from both the employer and the employee.

The committee noted that the resumption of the new pension scheme will be of benefit to retirees because its implementation is no longer budgetary bound as it was in the old scheme.

In the old scheme, government made budget provisions every year, but in most cases, there was no release of funds which was then a major challenge.

Lots of new innovations were introduced in the new pension law passed in 2017, one of which is the increase of government counterpart contribution from 7.5% to 10.5% while the workers’ contribution remained 7.5%.

Again, in order to fill the zero or missing gaps arising from the suspension of the scheme, government also agreed to increase the employer contribution to 2.5% making it now 13%.

In addition to this, the law also provided for 5% redemption bond contribution from government as funds kept aside to pay accrued rights for people that will retire under the CPS and served before the commencement of the scheme.

So, the time spent before the resumption of the new scheme will be calculated and paid through the accrued right funds kept for that purpose.

That has bridged lots of the funding problems we had in the past, especially the gaps created after the suspension of the scheme in the state.

In total the state government is contributing 20% monthly to the pension scheme while that of workers is 7.5%.

The new contributory pension scheme commenced in June this year and so far, it has been successfully implemented.

Lack of proper coordination of Pension Funds Administrators (PFAs) in pension management is always prevalent, what is the situation in Niger State?

The commencement of the scheme was approved by the governor from June 2020 and full implementation has started.

However, we have to be careful to avoid double registration or double payment into account of beneficiaries.

In doing this, we have to revalidate the accounts of all the 19 PFAS operating in Niger State.

We have reviewed their performances in respect to their operational environment, ICT capability and staff strength.

It was then discovered that some of the PFAs have more agents than staff in their offices.

We also had an agreement with the NLC Niger State chapter to carry out a similar exercise.

The NLC went round the state and came out with a report which we used alongside ours to correct all the imbalance.

I have also seen one of the PFAs that has only one local government with 600 people.

When we visited their office, they had only one cubicle with one staff who is an agent.

What measures are being taken by the board to strengthen the PFAs operating in the state towards ensuring returns on investment?

Steps have been taken to strengthen our operations with the PFAs in terms of the people we appoint to handle our pension activities.

For example, in the country, we have 22 PFAs registered, of which 19 are in Niger State.

Reports available, clearly shows that some of them have less than 1000 RSAs while others have fewer.

Some have more agents than staff. If Lagos State with all its muscle, funds and capacity is having just 5, how can Niger State have 19?

It is obvious that some of them just rushed to Minna because of its proximity to Abuja or that due diligence was not followed in the process as provided in the law as amended in 2017.

So this management is now saying no to such arrangements, we have taken a critical look at things because it is not in the numbers but how perfect and efficient they are in terms of service delivery.

In a nutshell, we now realize that we do not need 19 PFAs.

We are fortunate that PENCOM has agreed to open what we call a transfer window soon.

The law has given us the leverage to work assiduously and make the PFAs work.

We have to make them work because we are giving them our money.

What investments have you channeled pension funds into and what is the prospect on returns?

When we started in 2007, we had only one lead PFA which meant one management of funds, however, we have realized that there is the need to have competition which will give us a better return on investment.

I am happy that the return on investment if not for COVID-19, is within the range of more than 20 to 22 percent.

We have already made some investment in bonds, treasury bills and other ventures that are not too risky.

I am also glad to see another grading of states by PENCOM which says that Niger State is now doing well despite the fact that we just resumed from suspension of the scheme.

The sustainability is another major challenge of the scheme at states’ levels; how do you hope to overcome this?

When the governor said we should resume in June, he followed it with directives that the funding should start immediately and like I said, it has started.

For example, from the state, we have already gotten government counterpart contributions for the months of June, July, August and September.

I expect also that, that of the local government will follow soon.

There is that assurance from the Ministry of Local Government that they will also provide funding.

I am very much confident that this time around, except if there is a point where the ministry of finance and the local government circumvent the transmission of the fund to the pension board, I believe what happened in 2009 and 2015 will not repeat itself.

Now we have our records intact and the past problem will not occur again.

We first found out what we have in arrears as the accrued rights of those we met.

The accrued rights have not been paid for quite a while, therefore we had a huge amount in arrears of about N1.4bn.

However, we quickly cleared those arrears and also ensured that we pay all accrued rights to a total of 1700 persons.

We drew up a road map in 2016 which the governor approved.

One very important issue we quickly resolved is how to attend to retirees without administrative bottlenecks and came up with the batching system.

The batching system has really helped in solving some of those problems.

I am human and not perfect, but I think we have reduced nepotism to the barest minimum in the board.

For now, screening to improve the data of pensioners is ongoing to have a genuine list of pensioners but the monthly payment to the contributory scheme at the last point of discussion is N454 million.

The screening has also provided more opportunity for the board to be more critical in its operation.

We must synergize more with stakeholders and that we have started doing that.