Why we can’t grow our loan book more — GTCO 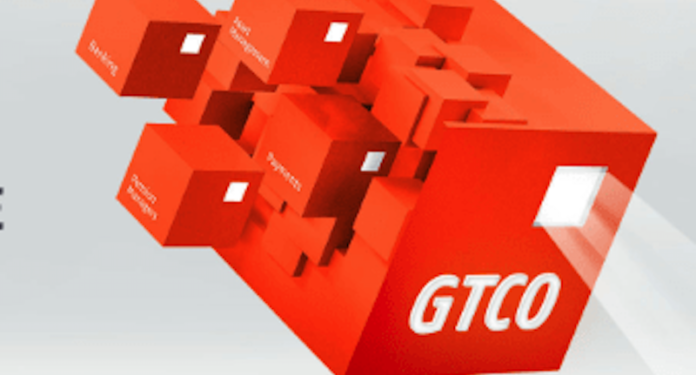 The Group Managing Director (GMD) of Guarantee Trust Holding Company (GTCO), Segun Agbaje has said that the bank can’t grow its loan book more because the micros are not doing well while individuals and businesses are going through very tough times.

Agbaje said this during an interactive session with business editors in Lagos. He said that if the loan books are grown aggressively, the bank will end up picking up non-performing loans in the future.

“It’s a time to be careful about loan growing. In Nigeria where you run your business, your strategy must be agile, you must have the ability to be very agile and turn very quickly as things are changing. Our structure is very agile, we can adapt very quickly,” he said.

For SMEs, he noted expressed the determination of the bank to thrive no matter how difficult it is. He said the bank will deploy artificial intelligence and look at different and many other things to lend to the SMEs. “Most of the businesses are SMEs, we must focus on the fundamentals of the business,”

Commenting on the fee charged for USSD transactions, Agbaje explained that the N6.98 charged does not go to the bank; but goes straight to the Telecommunication Companies (TELCOS).

He said: “It’s just that we charge it and give it to them. The only thing banks get from USSD transactions is the NIBSS Instant Payment (NIP). Now, most of the transactions are up to N10,000, what the bank gets is N10 on NIP, while the N6.98 charged goes to the Telcos.

Agbaje further clarified that the banks never owed Telcos any money. “It was their decision to allow customers to do USSD transactions, if they do not charge the customers, the bank cannot be held responsible. The GTBank has a letter to prove, written to all Telcos that the bank will not be responsible for any USSD charges and so if they continue giving the service without charges that is not the problem of the bank.”

While he disclosed the plan of the company to change its banking software this year to something more friendly and adaptable; he mentioned that it will also be publishing what its payment company does quarterly. “We are going to create transparency in the Financial Technology (FINTECH) industry that doesn’t exist.”

The GMD also during the session decried the rising energy cost, particularly, diesel, saying, the bank has reduced its closing time from about 6pm to 4pm daily in a bid to save cost.

He also decried the increase in Cash Reserve Ratio (CRR), which he said has further made things difficult for banks. The implication of the high CRR for Nigerian banks, he said, is that money that would have raked in more interest profits is being sterilised with the Central Bank of Nigeria (CBN). “I am not saying that the CBN does not have the right to use the CRR as a monetary tool, but the ratio is rather too high,” he said.