Why soybean farmers in Kem will face poverty this year

Kem, in Adamawa State, is noted for two crops: soybeans and cotton. With rich soil for these crops, many farmers have consistently generated income for… 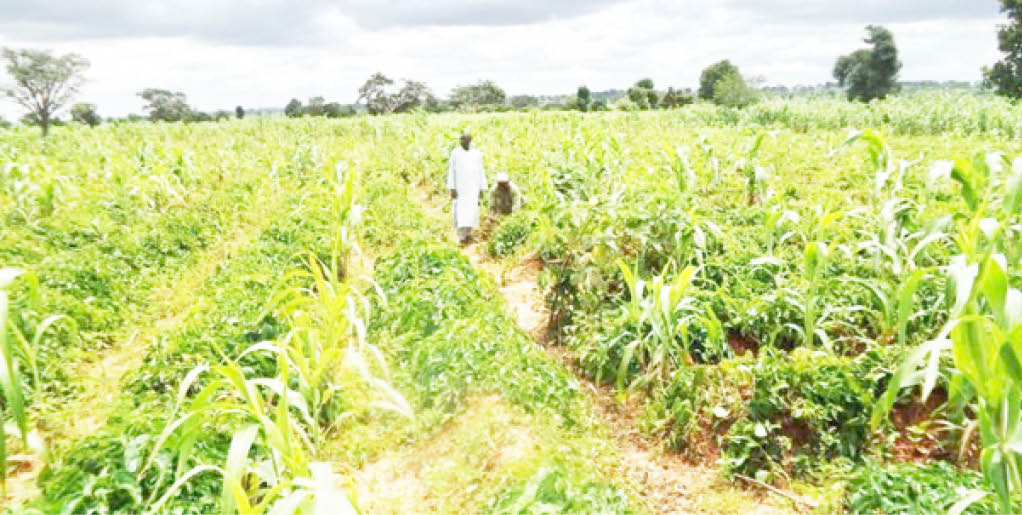 FILE PHOTO: Farmers on their farm

Kem, in Adamawa State, is noted for two crops: soybeans and cotton. With rich soil for these crops, many farmers have consistently generated income for their families.

Last year was juicy as many of the farmers recorded good harvest, and the price of the crop right from the farm gate was also good, putting money in the pockets of many farmers in this community in Shelleng LGA of Adamawa State.

“Last year, I harvested three tons of soybeans,” Lawal Ahmed said, “but this year, I got only 4 bags, (which is about 400 kilogrammes),” he said.

Flood was the reason Ahmed’s soybeans income dropped by almost 87 per cent this year.

“My farm was flooded and the crop that was very good and promising suddenly was destroyed by excess water and heavy rainfall,” he said, adding that “for this year, we soybean farmers have nothing much.”

Ahmed’s story reflects the agony of many farmers, including 20-year-old Salim Musa, who had expected one ton from his farm but is now afraid that, from what he is currently harvesting, he may be far away from that target.

“I don’t know whether it’s going to be one bag or two bags. Whatever God gives me, I’ll thank Him,” Musa said, adding, “We never expected this to happen but we take it as an act of God and whatever God does is right.”

This year, the country witnessed its worst flood in decades, which destroyed thousands of farmlands, crops and property worth billions of naira.

Experts said more of this scenario will happen as climate change is real and the effects are already wreaking havoc in developing countries, which contribute less than 4 per cent to the causes of climate change.

Joshua Dadi has been recording a good soybean harvest in the last few years. However, this year, he witnessed an unprecedented flood on his farm, which is located close to Dangote’s sugar plantation.

Last year, the harvest was good for him, this year, however, his hope was dashed due to climate change-related flooding. It left him with a little below 800 kilogrammes as against 3.5 tons recorded last year.

“The flood this year was something else. Before we knew what was happening, many farms were flooded, and, for crops like soybeans, excess water is the worst enemy. We have lost a lot,” he said.

The story has changed this year, as the community recorded very low yield and the quantities that he could get to buy dropped drastically.

“This year is so bad for soybeans here. Water destroyed most farms so the yield is very low,” he said.

Before the flood, he loaded at least four trucks per week, but now hardly can he do one truck in a week.

For many farmers who collected loans to expand their farms, the situation is awful. Even other crops, like cotton and sesame, on which they relied on, were also affected by the massive flood.

With climate change dangerously affecting smallholder farmers, African leaders are calling on the developed countries that are the major polluters to show more commitment to funding adaptation and mitigation on the continent.

Failure to fund climate resilient and smart agriculture will continue to push many smallholder farmers into poverty.