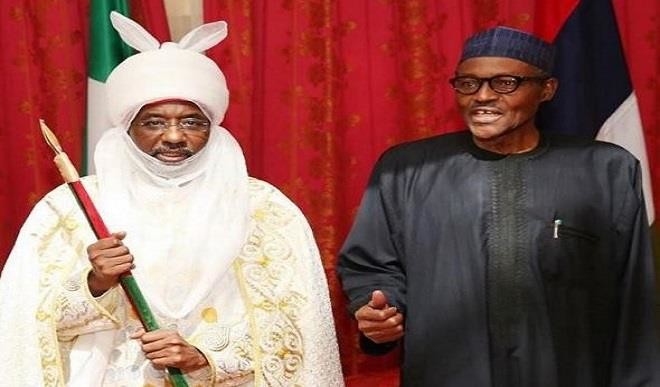 The Buhari Media Organisation (BMO) has stated that it is cheap political blackmail for anyone to insinuate that President Muhammadu Buhari had fore-knowledge of the plan by the Kano State Government to whittle down the powers of the Emir of Kano,  Muhammadu Sanusi II by creating four new emirates.

The BMO, in a statement on Monday signed by its Chairman Mr Niyi Akinsiju and Secretary, Mr Cassidy Madueke, said it is equally immoral and unfair for any political party, group or individual to infer that the President should have intervened in the matter which is purely a state affair.

The group said “insinuations that President Buhari should have intervened in the matter are misplaced, unfair and misdirected as the President has no constitutional power to intervene in the process because it is purely a State matter.

“It is an internal affair that concerns the Government of Kano State and neither the Federal Government nor the President has any power over it.

“The PDP has consistently and immorally tried to drag the President into matters that concern the states only, whereas they should know that it is not permissible for him to go beyond his constitutional powers and get involved in matters over which he has no legal right to play any role.”

BMO also described suggestion in the media that President Buhari should have intervened in the matter as lazy journalism, “as the constitution is clear on the demarcation of the powers of the President and State Governors.

“Our colleagues in the mainstream media outlets should report the issue accurately by plainly making it clear that the President cannot decide who becomes an Emir, or engage in creating emirates and chiefdoms in any state of the federation because the constitution clearly vests that power in State Assemblies and State Governors,” the statement also read.