Why Oyo-Ita retired as Head of Service

President Muhammadu Buhari is favourably disposed to the early retirement of the Head of the Civil Service of the Federation (HoCSF), Mrs. Winifred Oyo-Ita, it… 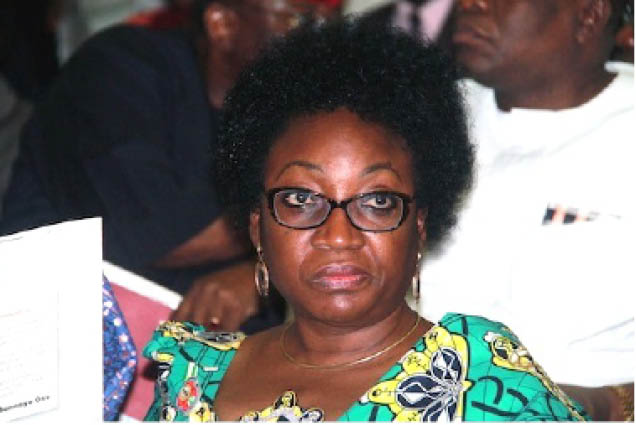 President Muhammadu Buhari is favourably disposed to the early retirement of the Head of the Civil Service of the Federation (HoCSF), Mrs. Winifred Oyo-Ita, it has been reliably gathered.

A family source told Daily Trust on Monday in Abuja that, the embattled Head of Service, 55, who lost her husband few years ago caved in to pressure from his children, especially the eldest child whom with other relatives and in-laws asked her to quit.

According to another reliable top government source, while she was keen on staying in service, her argument to see Mr. President to explain her side of the story was rejected by her children who told her that her predicament was not unknown to Mr. President.

“Madam tried and could not secure a direct appointment with Mr. President, as she was obviously blocked from seeing the President either in Katsina or Abuja. And the pressure from the children and family members made her send her early retirement notice to President Buhari.”

“The President has seen the letter today and is expected to endorse it. When he would take action is what we (referring to himself) don’t know now,” he said.

President Buhari on October 21, 2015 removed the then Head of the Civil Service of the Federation, Mr Danladi Kifasi and replaced him with Mrs. Oyo-Ita, who was then the Permanent Secretary, Ministry of Science and Technology.

The Permanent Secretary, Ecological Fund Office (EFO), Dr. Habiba Muda Lawal, being the most senior of the permanent secretaries, is expected to be named the acting HoS, if the President endorses Oyo-Ita retirement.