President Obasanjo, during the closed-door meeting, urged governor Bello to continue his fight against criminality. 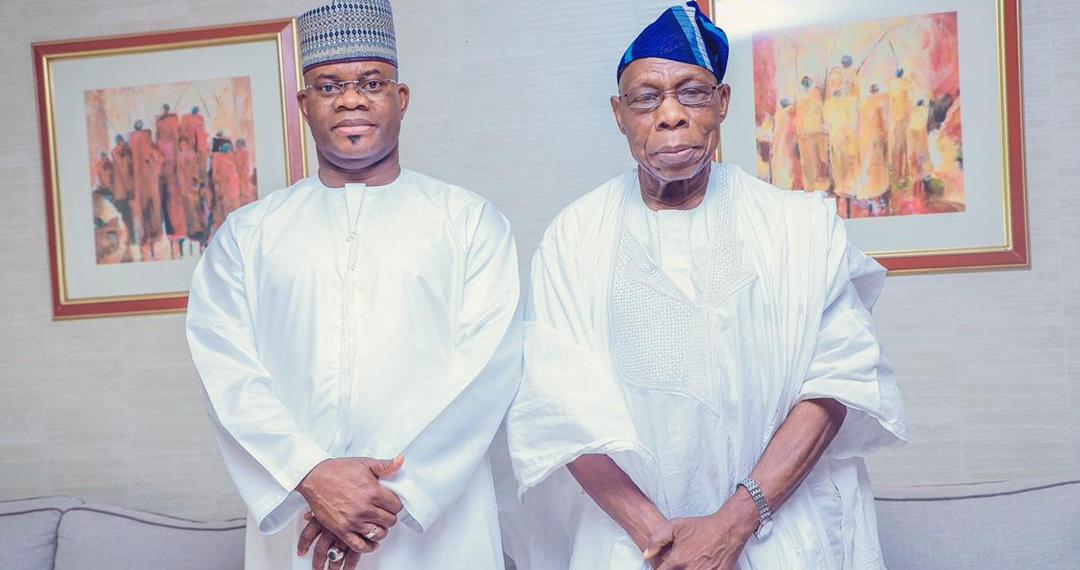 Following the meeting of former President Olusegun Obasanjo with the Kogi State Governor, Yahaya Bello, the GYB2PYB Youth Support Group has said the visit was borne out of the ex-President’s deep love for youths.

The group commended the former President for fulfilling his promise to meet with Governor Bello.

Daily Trust reports that Obasanjo, on Sunday, met with the Kogi State governor in Lokoja.

During the visit, Obasanjo lauded Gov Bello on his efforts in ensuring security, good governance, and infrastructural development in the State.

Reacting to the development on Monday, the Director-General of GYB2PYB, Oladele John Nihi, described the meeting as timely and a confirmation that former President Obasanjo cares for the nation’s stability.

“Obasanjo is one of the few Nigerian former leaders with the interest of the youths at heart.

“We are not surprised to see him coming out openly to acknowledge the good works of Governor Yahaya Bello.

“He did it because he is a progressive leader that wants the country to move forward against all odds.

“I knew this when I personally met with Baba for the first time in 2019, at his Ota country home,” Nihi said in a statement.

President Obasanjo, during the closed-door meeting, urged governor Bello to continue his fight against criminality.

“We believe Governor Yahaya Bello will keep doing his possible best to safeguard the lives and livelihood of all Nigerians,” Obasanjo had said.