Why is the Police CRU quiet?

Even though DCP Abba Kyari was long unravelled, a side of his criminal existence introduced to Nigerians by the National Drug Law Enforcement Agency (NDLEA)… 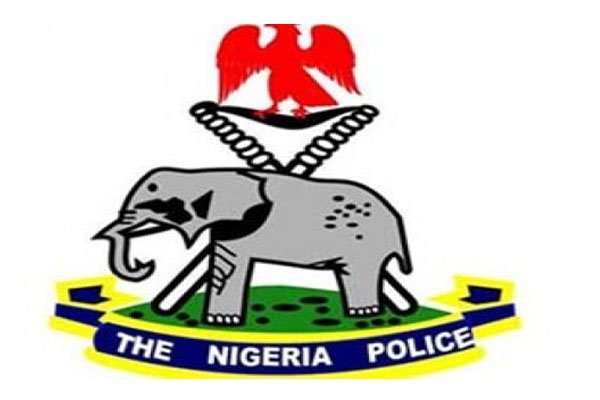 Even though DCP Abba Kyari was long unravelled, a side of his criminal existence introduced to Nigerians by the National Drug Law Enforcement Agency (NDLEA) has left even his most incorrigible supporters struggling for breath. The shocker came as the world awaited the findings of the panel set up to establish the facts of his role in the cybercrime syndicate headed by Hushpuppi, who was hands in gloves with Kyari while plotting a series of frauds targeting foreign nationals, including Americans. The details of their salacious WhatsApp exchanges made public in a Federal Bureau of Investigation (FBI) document were sordid. Ramon Abbas, more known by his Instagram moniker “Hushpuppi,” has been in the custody of the FBI since early July 2020, and must’ve sung enough to get the Americans yearning for Kyari’s extradition.

This time, though, Kyari’s crime transcended WhatsApp evidence. He was caught on a tape negotiating the destinations of cocaine, which the NDLEA has revealed to be 25KG, with a kilogram reportedly worth N7 million. The timestamp in the video bears January 26, 2022. Kyari, the NDLEA shared, “proposed a drug deal whereby he and his team are to take 15kg of the cocaine and leave 10kg for the prosecution of the suspects arrested with the illicit drug in Enugu,” and that, aside from asking his supposed accomplices to have “the purloined cocaine… replaced with a dummy worth 15kg,” he also “asked the NDLEA officer to persuade men of the FCT Command, to play along as well.” That officer, unknown to him, is an undercover agent of the NDLEA and he’s the reason we got to see this portrait of Abba Kyari as a drug agent.

The frightening unravelling of Abba Kyari makes you wonder how many more crooks are occupying high and sensitive positions in the Nigerian Police Force, an institution expected to prevent and fight crimes. At the rate Kyari was going, gathering awards and commendations all over the country and performing for the klieg lights, including a standing ovation by the House of Representatives, he would’ve ended up as Nigeria’s Inspector-General of Police or a contender in a few years. Nigerians must be grateful to the FBI for the objective glimpse into the world of the masquerading crime lord.

Abba Kyari’s audacious resort to pushing drugs while suspended for complicity in fraud and under a career-wrecking investigation makes the suspicion that he’s being protected by some superiors tenable. This has to be the sanest explanation, even though conspiracy theories around insist that drug dealing was a ploy to prevent extradition to the United States. But before the NDLEA struck, the rumour that he would be reinstated had gathered storm, and this signalled anti-police bashing on social media. The fear was justified, but the portrayal of the police institution as irredeemably doomed is unfair.

There was a bid to repair civil-police relations even recently, and it began with the establishment of the Police Complaint Response Unit (CRU) through an administrative fiat in 2015. CRU was introduced as a vision of the then Inspector General of Police, Solomon Arase “to bridge the gap between the police and the citizens by introducing the multi-platform community based complaint reporting mechanism.” CRU also was acknowledged in the Nigeria Police Force (Establishment) Act, 2020, under the NPF (Establishment) Act, 2020 Part XVI, Section 131 (i), which states that: “The Inspector-General of Police shall establish a Police Complaints Response Unit in the Force Headquarters, and each of the Police Commands in all the States of the Federation and the Federal Capital Territory.”

The unit operated as a customer service centre, received complaints and information on the misconducts of police officers by the public or by fellow police officers, and acted on them to dispense justice or recommend penalties. On Twitter, the unit actively tracked complaints involving police officers and enabled various social media users with huge followings to aggregate such complaints or facilitate instant interventions. It seemed like the beginning of a conscious attempt to make the police less hostile—and demonstrate the friendship the police always advertises to the unyielding public.

Through its Twitter handle, @PoliceNG_CRU, the unit updated the public on complaints received and the penalties meted. For instance, on November 22, 2020, the unit acknowledged a complaint from Twitter user @imkonky, which was a case of murder, noting: “Your complaint is hereby acknowledged and investigation has been initiated. Your tracking number is #CRU183677. Thank you for contacting NPF-CRU.” On December 11, the unit updated that “The officer involved (SGT TIZHE GOJI) has already been tried and found guilty. Consequently, the rank and file was dismissed from the force and charged to court for murder #NoToimpunity.” Similar of such exchanges were frequent during the period and, despite one’s reservations about the Nigerian Police Force, that acknowledgement of a systemic rot was noble and reassuring.

In its annual review for 2019, the unit reported a total of 2,156 complaints received during the year, and that 1,617           (75%) were resolved, 108 (5%) found to be false and 431 (20%) still under investigation. It also noted that the Lagos State Police Command, which of course has been the epicentre of reported police brutalities, had the highest number of cases, with 504 complaints lodged. FCT Command had 305,  Rivers State Commands l 214. The unit appealed to the Inspector-General of Police for an “urgent need to establish CRU Desk offices in Rivers, Benin, FCT, Kano and Lagos States to ensure that complaints are reduced to the barest minimum.”

While complaints of characters like Abba Kyari might have landed on the desk of the CRU, which has open channels of communications with the public, it inspires reflection on what happens if the higher hierarchy of the police disapproves of CRU’s recommendations or refuses to act on them based on selfish interests. The idea of CRU is the intervention the police needs in this difficult time to gain the trust of the public, which would be understandably slow, and redeem its image crisis, but that can only be attained if the unit is prioritized by the office of the Inspector-General of Police, and given unfiltered access to the highest office.

The promising fireworks from CRU, which once inspired faith in the Police, have dwindled and this makes one think whether such is deliberate or the new Inspector-General of Police, Usman Alkali Baba, is yet to grasp the opportunities the unit offers in fishing out the bad eggs in the police. If the IGP were as alarmed as the rest of the country, he would’ve since heeded Part XVI, Section 131 (i) of the NPF (Establishment) Act 2020, which asks the IGP to have CRU branches in all 36 state and FCT commands to complement the central body operating from Louis Edet House.

I have heard good testimonies about the current head of CRU, ACP Markus Ishaku Basiran, who took over from ACP Abayomi Shogunle in 2019, but his utilization is at the discretion of the Police to determine. Without unfiltered access to what the public think of the Police and the excesses of lawbreaking police officers as collated by the CRU, IGP Alkali Baba may just find himself languishing in an echo chamber and be embarrassed by one Abba Kyari after another. The chapter he wishes to occupy in the history of policing in Nigeria is left for him to decide.