Former governor of Borno state and lawmaker representing Borno Central in the Senate, Kashim Shettima, has said that he has decided to speak less about Boko… 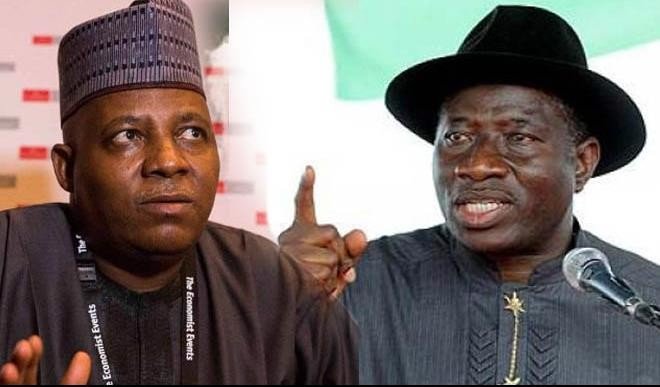 Former governor of Borno state and lawmaker representing Borno Central in the Senate, Kashim Shettima, has said that he has decided to speak less about Boko Haram attacks in Borno and North East in the media because he has unrestricted access to President Muhammadu Buhari unlike when Goodluck Jonathan was the president.

Shettima, who was the governor of Borno during the peak in Boko Haram–related violence in 2014 and 2015, said that he was forced to express his grievances with former President Jonathan on the way he was handling the Boko Haram crisis because his private conversation with him didn’t get the desired action of the Jonathan-led government.

“I have once explained the difference in my reactions under Jonathan and Buhari. First of all, if you were to dig into media records of my public comments under the presidency of His Excellency, Dr Goodluck Ebele Jonathan, you will realize that from 2011 when I became governor up until January 2014, I never publicly criticised Jonathan’s handling of security situation in Borno State”

“I kept giving him the benefit of doubt and kept trying to discuss my perspectives with him privately. I rarely got the kind of attention I needed or even deserved. There was a time I resorted to writing to him and we made sure it wasn’t reported by the media”

“In one instance, I wrote to him over a serious security matter that had to do with suspicious plane around our air space and to Jonathan’s credit, he promptly acted”

“However, I generally did not get the required attention to tell him our situation. It reached a point in 2014 that I became frustrated and decided to speak to journalists right inside the Villa. The presidency only paid attention to that; ignored my silence for three years and declared me an enemy”

“Unfortunately, the media became our tool of expression”

“On the contrary, since 2015, I have had unrestricted access to President Buhari and he listened to me and our security problems whenever I came calling. That essentially was why I was not going public,” he said in an exclusive interview with Daily Trust.

He added that he is willing to channel his inputs through the current governor of the state instead of grandstanding to win momentary applause but jeopardise the long term strategic interests of the people.

“As you know, I am no longer the governor of Borno State and there can never be two captains in the same ship. We have a governor who is supremely competent and has won the affection and respect of the president. I would rather allow him to take the lead in advancing the interests of the state”

“So, we suffered years of neglect, disruptions and destitution, and we believe that the coming of NEDC is a very welcome development,” he added.

Shettima also spoke on APC crisis, Boko Haram insurgency, his support for Prof Babagana Zulum as his successor, the concept of cabal, Chibok girls among others.