Why I withdrew Mane, Salah in Atletico defeat – Jürgen Klopp 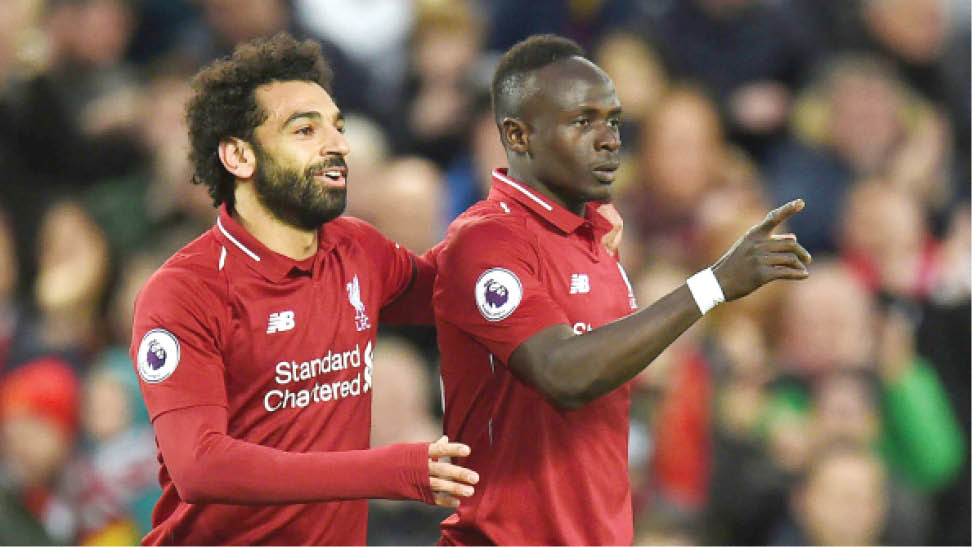 Atletico Madrid edged past Liverpool by a lone goal in their encounter at the Wanda Metropolitano.

Saul Niguez scored the only goal of the game in the fourth minute and the hosts held on to see off the reigning European Champions.

Klopp replaced Mane with Divock Origi after the break while Salah was pulled out for Alex Oxlade-Chamberlain in the 72nd minute.

The duo helped Liverpool to win the Champions League last year with their incredible goal tally.

Mane scored 26 times in 50 appearances across all competitions to help the Reds win the Champions League, their first piece of silverware since his arrival at Anfield.

His total of 22 goals in the Premier League – which played a crucial role in Liverpool’s amassing of a club-record 97 points – earned him the division’s Golden Boot, along with teammate Mohamed Salah and Pierre-Emerick Aubameyang of Arsenal last season.

Salah, on his part, has been an unstoppable scorer since joining the Reds from AS Roma in the summer of 2017, following up an historic 44-goal debut season with another 27 strikes in his second campaign at Anfield.

That latter tally included one in the Champions League final victory over Tottenham Hotspur in Madrid in June 2019, Salah smashing home a second-minute penalty en route to a 2-0 win for Jürgen Klopp’s side.

Speaking after the match, Klopp said: “It is obviously part of football [to substitute players]. I don’t like that.

“Obviously, the plan tonight [last night] was to get Sadio out of the game with a yellow card. I was afraid his opponent would go down now even if Sadio takes a deep breath or whatever and I didn’t want to have that situation, so that’s why we took him off.

“Mo [Salah] was just a tactical change, that’s all. We wanted to change a little bit and that’s what we did.”