Why I was called “minister of dustbin” in Nigeria — Amina Mohammed

Amina Mohammed, the deputy secretary-general of the United Nations (UN), has disclosed that she was seen as the dustbin lady when President Muhammadu Buhari appointed… 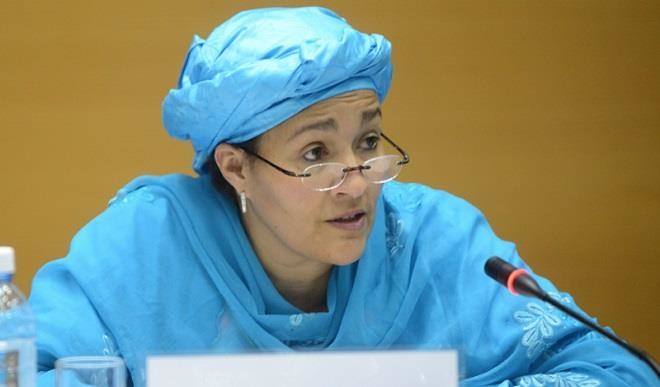 Amina Mohammed, the deputy secretary-general of the United Nations (UN), has disclosed that she was seen as the dustbin lady when President Muhammadu Buhari appointed her as the minister of environment.

Speaking at the International Monetary (IMF) and the UN working together conversation on Tuesday, she said the people did not see the real value of her office as minister of environment.

President Buhari appointed Mohammed in November 2015. She resigned from Nigerian Federal Executive Council on 24 February 2017 to assume office as the 5th Deputy Secretary General of the United Nations.

Amina Mohammed’s exit: What next?

“I have to tell you, when I went back to Nigeria as minister of environment, my state was saying, it was environment they gave you? that is the dustbin lady. They did not even get that environment was broader than just waste disposal,” she told Lagarde and a room full of development experts.

She said the UN and IMF must have better conversations on the demands of a growing economy, seeking ways to make growth better and inclusive.

The mother of six also spoke about every of the 17 goals that make up the SDGs as her children, saying all were equally important for the future of the world.

Previously, Amina Mohammed was a key player in the Post-2015 development process, serving as the Special Adviser to UN Secretary-General Ban Ki-moon on Post-2015 development planning. In this role, she acted as the link between the Secretary-General, his High Level Panel of Eminent Persons (HLP), and the General Assembly’s Open Working Group (OWG), among other stakeholders.

A peep into Amina Mohammed’s one year as Environment Minister

Prior to this position, Mohammed served as Founder and CEO of the Center for Development Policy Solutions and as an Adjunct Professor for the Master’s in Development Practice program at Columbia University. Previously, she acted as the Senior Special Assistant to the President of Nigeria on the Millennium Development Goals after serving three presidents over a period of six years. In 2005, she was charged with the coordination of Nigeria’s debt relief funds toward the achievement of the MDGs. From 2002-2005, Mohammed coordinated the Task Force on Gender and Education for the UN Millennium Project.

Earlier in her career, Amina Mohammed was Founder and Executive Director of Afri-Projects Consortium, a multidisciplinary firm of engineers and quantity surveyors. She also worked with the architectural engineering firm Archcon Nigeria in association with Norman and Dawbarn, UK.

In 1991, Amina Mohammed founded Afri-Projects Consortium, a multidisciplinary firm of Engineers and Quantity Surveyors, and from 1991 to 2001 she was its Executive Director. Between 1981 and 1991, she worked with Archcon Nigeria in association with Norman and Dawbarn United Kingdom