Why farmers should tap from CBN, NAIC’s agric covers

Farmers, especially the smallholder ones, can effectively boost their production if they take advantages of insurance guarantee and subsidy regimes being championed by the Central… 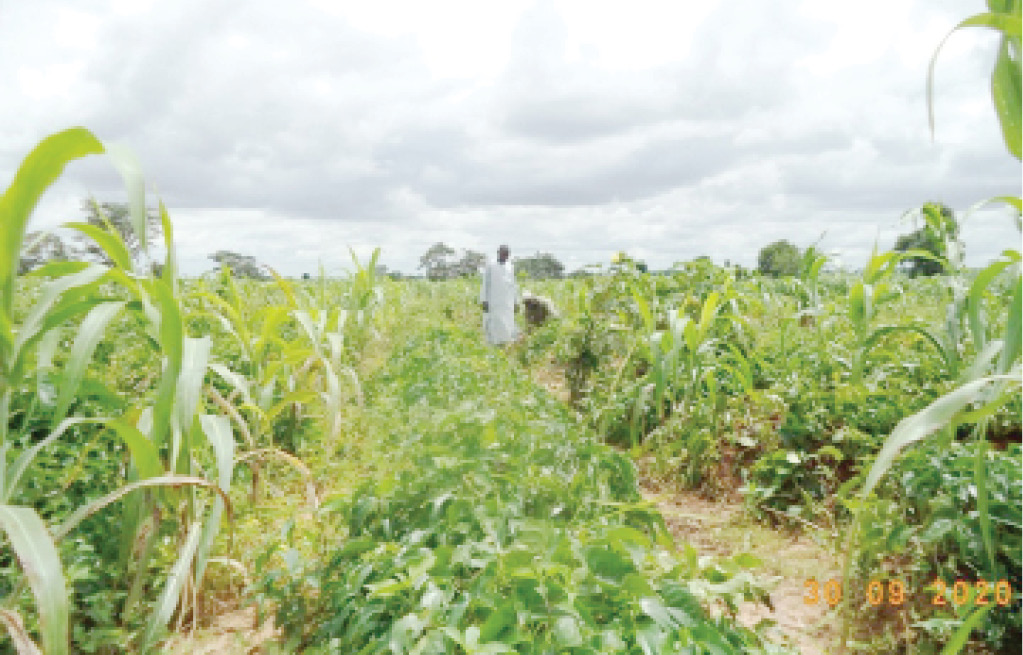 Farmers, especially the smallholder ones, can effectively boost their production if they take advantages of insurance guarantee and subsidy regimes being championed by the Central Bank of Nigeria (CBN), the Nigeria Incentive-Based Risk Sharing System for Agricultural Lending (NIRSAL Plc) and the Nigerian Agricultural Insurance Corporation (NAIC).

The NIRSAL, an arm of the CBN, guarantees loans facilitated by the apex bank through commercial banks for agro-industrial businesses through the Anchor Borrowers’ Programme.

Relevant stakeholders have been making frantic efforts to deepen farmers’ participation in insurance facilities in order to minimise their apathy over agricultural insurance and boost credit facilities for food production and agro-industrial development.

Credit facilities and insurance coverage are often demanded together, but most Nigerian farmers have reservations over insurance and explore alternatives to insurance.

In an interview, insurance expert, Olajide Aladesanmi, said such alternatives include cooperative thrifts, government intervention after disasters and others.

Fixing lack of enthusiasm for insurance among farmers as one of the major obstacles to agricultural credit facilities was the aim of the CBN when it established the NIRSAL Plc.

Experts believe that a 50 per cent subsidy is not only encouraging but also attractive, and large-scale crop farmers should take advantage of the scheme.

The CBN-NIRSAL guarantee of agricultural loans is one of the best incentives to deepen insurance in agriculture and ensure food security as the population increases rapidly and economy downturn escalates, one of the experts said.

The expert believes that guaranteeing a credit facility to the tune of 75 per cent would build the confidence of the lenders and the safety, as well as recovery of financial facilities in cases of business failure, bad debt and eventual inability of borrowers to repay loans.

According to the managing director of the NAIC, Mrs Folashade Joseph, the NAIC runs a subsidy regime on insured crops, such as rice,  maize, yam, cassava, sorghum, guinea corn, beans, soya beans and indeed, all food crops.

The corporation is said to have paid about N2 billion in the last five years as compensation to various categories of insured farmers across the country.

This, the NAIC boss added, was in line with the corporation’s policy of “prompt settlement of claims within a maximum of 14 days to pay genuine claims if complete documents are made available to the NAIC by farmers or their agents.”

Despite the available windows, most farmers suffered devastations from floods, drought and pest infestation in the last few years as climate change heightened risk exposure of Nigerian farmers.

Farmers’ associations, the government at all levels and non-governmental organisations have also been called upon to mobilise farmers to see insurance coverage as a necessary part of their businesses to ensure stability and sustainable food production.

On his part, the managing director/chief executive officer of the NIRSAL Plc, Abdulhameed Aliyu, said the agency’s guarantee cover on bank loans ranged from 30 per cent to 75 per cent.

According to him, this implies that after all due diligence, if an agricultural loan became bad, the NIRSAL would refund the facilities up to the tune of 75 per cent, assuring commercial and microfinance banks participating in the agricultural loan schemes of federal government’s support through the CBN.

Aliyu added that over the years, the risk management institution had facilitated the flow of more than N150b into agriculture from multiple sources.

“At least N124bn of that sum came from commercial banks, which leveraged NIRSAL’s Credit Risk Guarantee (CRG) facility, in addition to investing in de-risked, structured and well-monitored projects to make high investment returns.

“While NIRSAL Plc relies on the high level of control afforded it by its innovative value chain solutions as a safeguard for its risk exposure, the banks rely on same, in addition to the CRG facility for the safety of their financial investments,” he noted in a statement.