Why debt restructuring is not an option for Nigeria – Akpata

Egie Akpata is the chairman, Skymark Partners Limited, a Lagos-based firm. He has worked at BMO Financial Group in Toronto, Deutsche Bank AG in New… 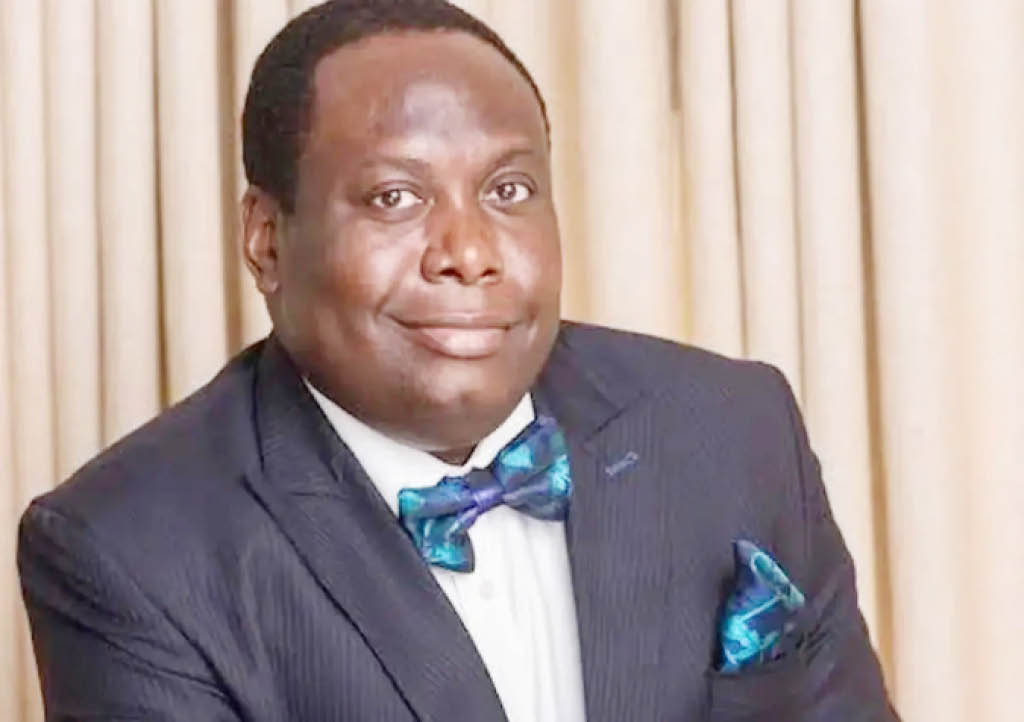 Egie Akpata is the chairman, Skymark Partners Limited, a Lagos-based firm. He has worked at BMO Financial Group in Toronto, Deutsche Bank AG in New York, United Capital PLC and UCML Capital Ltd where he was a director. Egie has closed transactions in debt and equity capital markets, and mergers and acquisitions, worth over N3 trillion in the past 14 years. He is an active player in the local capital markets and a regular contributor to CNBC Africa. In this interview, he examines the implications of recent developments surrounding Nigeria’s debt market, among others. Excerpt.

The Eurobond market was shaken this week when the minister of finance was quoted as saying that Nigeria wished to restructure its local and foreign debt. How likely is it that Nigeria ends up restructuring its debts?

I believe that the Debt Management Office (DMO) subsequently put out a circular on its website making it very clear that Nigeria has no plans on reneging on any of its debt obligations. This point was reinforced at the investor meeting held in Washington DC on Oct 14, 2022 by the minister of finance, Central Bank (CBN) governor, DG Debt Management Office (DMO) and the DG Budget Office.

I think that investors in FGN Naira bonds and USD Eurobonds can be assured that coupon and principal on those instruments would be paid as at when due.

But the very high debt service to revenue ratio suggests that Nigeria cannot afford these debts and might need IMF help or restructuring.

I think it is important to look into the details of these specific debts to understand why Nigeria does not need to go down the IMF or restructuring route, unlike what is happening to some African countries like Ghana and Zambia.

For a start, it is important to separate out foreign and local debts. The majority of Nigeria’s debt is in naira with a foreign debt of $40bn of which Eurobonds are $15.6bn. Monthly interest expenses on the Eurobonds are $100m, a fraction of petrol subsidy costs.

The next Eurobond maturity is $500m in July 2023 and there is no maturity in 2024. So in the grand scheme of things, the Eurobonds are not a big problem in terms of interest or principal payments.

The other foreign debts are bilateral or multilateral borrowings with very low interest rates, long moratoriums, and very long repayment periods. DMO data shows that $140m was spent on bilateral and multilateral debt service in Q2 2022. That is less than $50m per month, not a huge amount for Nigeria.

The reality with naira debt is that new debt is constantly being issued to service old debts. This means the outstanding naira debt stock keeps growing. However, as long as the market has confidence in the entire system, investors will keep buying newly issued naira bonds. The government can also raise taxes and devalue the naira to boost the naira it gets on FX income.

As a last resort, CBN can print money to meet naira debt payments. So there is really no need to even contemplate going down the very destructive route of naira debt restructuring.

What are the implications of a country restructuring its local debt? Why are some African countries ready to go down that route if it is a bad option?

It is likely that the countries looking at restructuring local sovereign debt have few options due to the limitations of their local debt markets or have it as a condition imposed by foreign debt holders.

Now let us assume the Nigerian government decided to restructure its N15tr in naira bonds leading to a 20% loss in market value. That is N3tr loss of value. Pension Funds hold N8.7tr of these bonds. Do we want pensioners to lose N1.7tr? Banks hold around N6tr of these bonds. A N1.2tr loss in value is enough to not only wipe out all bank profits for two years but to also put some banks into distress.

Of course, if the government has decided to restructure its bonds, corporate issuers are likely to ask for the same terms. After all, they paid a premium over the sovereign when issuing their bonds due to their credit risk. If the so-called risk-free issuer is basically defaulting and restructuring, why should the corporates not do the same?

As you can see, the fallout from a local currency debt restructuring is so widespread, its costs so high, impact on the stability of the financial system so great that the simple alternatives of issuing new debt to pay off old debt, higher taxes, devaluation and printing of money are much better options.

The Eurobond market for African sovereigns seems to be in turmoil with virtually all bond issues trading at very deep discounts. Why is this? Is Nigeria permanently shut out of that market?

Global bond markets are currently experiencing a lot of volatility, rising yields, and dropping bond prices. The reason is that most central banks globally are raising interest rates to fight record-high inflation.

Bonds typically pay a fixed coupon so as market interest rates rise, the value of these bonds falls so that the yield on these instruments stays in line with the current market realities. Unfortunately, when rates are increasing at this record pace, all bonds, not just African Eurobonds, will drop in value.

Also, the credit quality of some African issuers is now in question as their governments approach the IMF for assistance. Yields of over 20% suggest that the market does not expect the current coupon and principal repayment terms to be met.

The markets are not inefficient enough for an investor to realistically ever make the 45% return that the bond seems to yield based on current prices.

Once the US Federal Reserve eventually stops raising interest rates, the market will stabilize and it will be possible for countries like Nigeria to issue Eurobonds. However, these new issues will be at substantially higher interest rates than previous issues.

The very low-interest rate days are well behind us and anyone borrowing new funds should expect to pay a substantially higher interest rate than they did in the past.

It seems the N22tr ‘ways and means’ borrowing will be securitized and added to local government debt. How did it get so large and how exactly will it be securitized?

Since the global financial crisis of 2008-9, central banks around the world have been growing their balance sheets via quantitative easing. This largely involved the purchase of bonds to drive down the secondary market yields.

It also had the effect of making the central banks the biggest holders of government debt and effectively indirectly lending to the government. The COVID crisis of 2020 led to another round of quantitative easing. For example, the Bank of Japan owns 50% of all outstanding Japanese Government bonds.

The US Federal Reserve balance sheet has grown from $880b in 2008 to $8.8tr today mostly from their holdings in US government bonds and some corporate/mortgage-backed bonds.

Rather than purchasing bonds in the secondary market or at primary auction, the CBN gave loans to the federal government directly. This was probably to reduce the interest cost as it is very likely the ‘ways and means’ loans cost a lot less than bonds issued in the open market.

The government via DMO will likely swap that CBN debt for long-dated, standard-issue FGN naira bonds whose coupon is likely to be below market. At the end of the day, CBN will end up being the biggest FGN bondholder at N22tr compared to N15.1tr in issue today. A bit similar to the US Fed or BoJ who are the biggest holders of their sovereign bonds.

Some of these ‘ways and means bonds’ will likely end up on bank balance sheets in lieu of Cash Reserve Ratio refunds or rebalancing.

The current FGN budget deficit is so large that it cannot be funded by the monthly DMO bond auction of around N250b a month without driving up interest rates very significantly. The difference seems to end up in ‘ways and means’ which might explain why it is growing by around N500b a month.

Looking at the N11tr proposed deficit in the 2023 budget, it is very likely that CBN’s ‘ways and means’ lending to the FGN might grow faster than the current N500b or so a month.

Volatility in the UK financial markets increased with the introduction of the new prime minister’s mini-budget. The newly appointed chancellor lost his job and most of the new initiatives were rolled back. What can Nigeria learn from these events?

I think the main lesson here is the importance of proper communication with the markets. Financial markets are very rational and don’t like surprises. Governments need to be proactive in recognising the likely reaction of markets to their policy and political actions which have financial costs.