Why creatives must collaborate – Stanley Kavwam

Stanley Kavwam is Chairman of the Plateau State chapter of Association of Nigerian Authors (ANA). He also lectures at the department of Social Work, Federal… 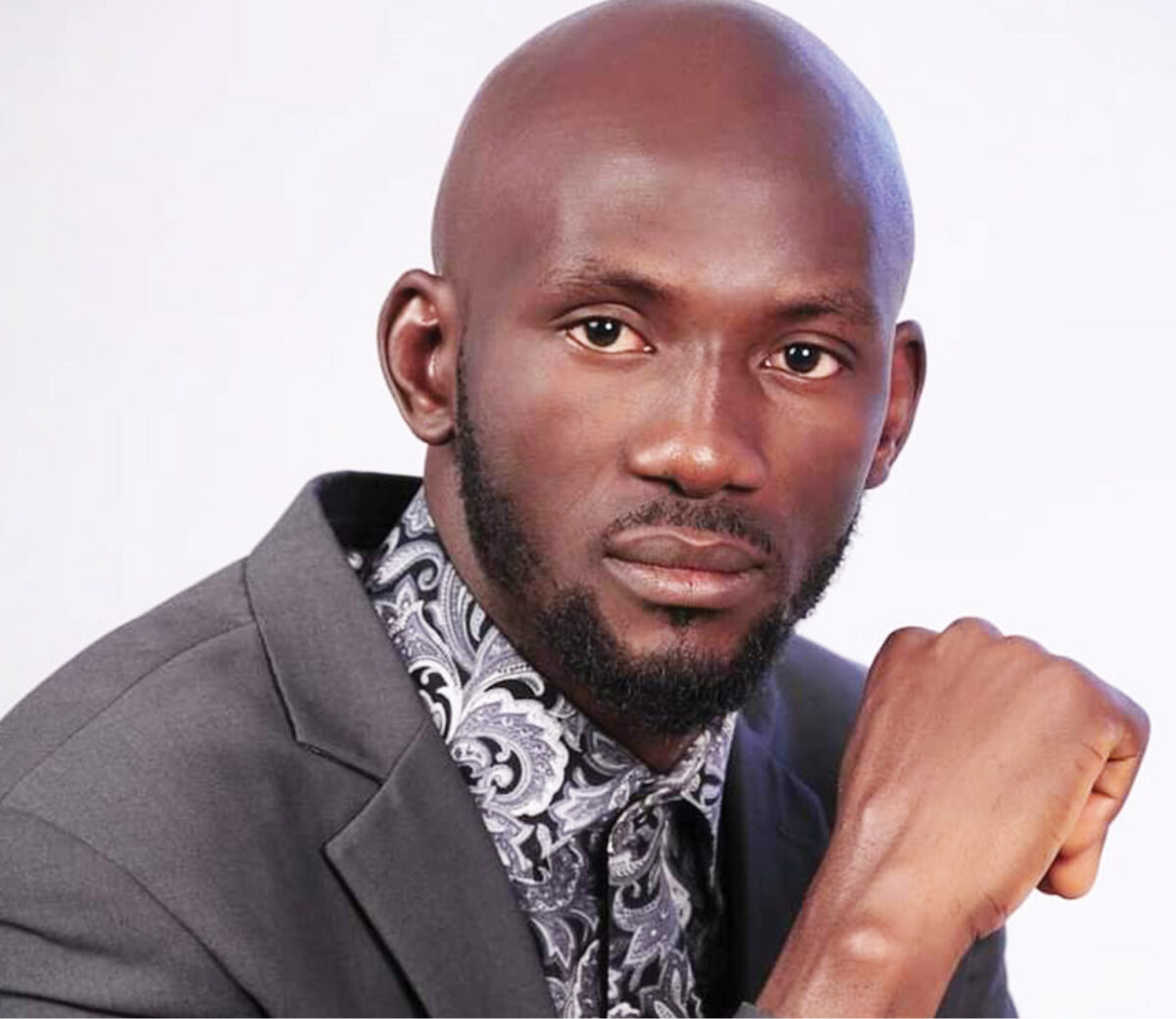 Stanley Kavwam is Chairman of the Plateau State chapter of Association of Nigerian Authors (ANA).

He also lectures at the department of Social Work, Federal University of Lafia, Nasarawa state. He is a poet, non-fiction writer, essayist, public speaker, social science researcher and song composer. In this interview, he explains why artistes and entertainers should work with writers in order to get quality content. Excerpts:

Besides writing and piloting the affairs of the Association of Nigerian Authors (ANA), Plateau State chapter, you are into music. What is your motivation?

Fundamentally, I’m an academic as well as a creative person with several publications to my credit, notable among which are ‘Nigeria: In Search of Nationhood’ (2018), ‘Young People and the Challenge of Insecurity: Youth and Insecurity in Nigeria’s Middle Belt’, ‘Integrated Sustainable Plateau Development Possibilities Overview Plan’ (2015), ‘Thoughts from Adikpo London; a Collection of Poems’ (2012) among others.

These do not include my academic publications as a social scientist. I have composed a myriad of songs over the years and have delivered several motivational talks/speeches at several youth gatherings.

My motivation for creative writing is simply to influence my world with the pen and document my thoughts for posterity. In essence, I don’t write to win prizes or be celebrated but to release myself from the burden that the ideas that flow through me overwhelm me with. As the great philosopher King Solomon posits in Ecclesiastes, “much knowledge wearies the heart.” Without writing as a medium of expression, I’ll be imprisoned by the ceaseless overflow of ideas that inundate me always. Some I express in songs, some in poetry, some in short stories while some are constructed in philosophical expressions that inspire further creativity.

What kind of songs do you compose?

The songs I have composed are basically within the R&B category with poetry deeply embedded in them. Others can be better classified under country music.

Nature is my greatest inspiration for creative writing in this regard. I have written a few love songs but they don’t appeal to me as the ones that demonstrate the majesty of God in creation. I have not been able to record any of these songs, though, but hope to find someone who can appreciate the depth of their meaning and perhaps give them a voice.

Plateau State, where you are ANA chairman, is said to have lots of talents. What have you done to bring them to limelight?

At present our association’s capacity to influence the creative industry and negotiate for better recognition and patronage for our talented members has been primarily hampered by the internal politics of the entertainment industry and the paucity of funds to publish credible works of most of our promising writers. Consequently, most of our members have had to thrive on their own while the association basically provides a platform for them.

I must add however that the annual literary endowments of the national body of ANA also provides an opportunity for budding authors to advance their art for the consumption of the global audience. Government needs to partner with our association by adopting books published by our members that meets the quality standard for schools as a stimulus. The dwindling reading culture in our society has hampered our effort in aggressively impacting the society but as a known fact, we don’t write to make money or win prizes principally, but to shape our society with the right values and inspire positive conversations that enhance the harmonious co-existence of humanity. We are not giving up, irrespective of these bottlenecks, but resilient in engaging the government for partnership that will create the space for our members to advance their art.

There are people who believe that entertainers like actors/producers, musicians, comedians, and MCs, should work hand in hand with writers because the chunk of what they do are conceptualized and then written down. Hence the need for writers’ input. What’s your take on this?

Indeed, writing is the cornerstone of entertainment and arts, both creative and performing. In this regard celebrities and other entertainers who cannot be regarded as writers but depend on the work of writers must collaborate with writers to enhance the standard of their worth and performances. For instance, the timelessness of ‘Things Fall Apart’ by Chinua Achebe and even its adaptation in over 50 languages over the world can be credited to the quality and standard of the written work without which no performer can make it a timeless piece.

Conversely, most of our Nigerian movies fail to appeal to even the indigenous audience because of the weakness of the scripts that are being acted. In particular, most of the script writers are not trained or schooled in the art of writing, hence they are unable to produce compelling scripts that will hold the audience spellbound because of the weak storylines. My submission is that collaboration between writers and other artists is inevitable if our art must surpass the pace at which it is crawling. No doubt our artists are gifted and talented and have dazzled the world with their art, however, we must work to bring it up to a standard at par with other parts of the world through effective collaboration and partnership.

Jos used to be a hub of entertainment in the North and even the country at large, and programmes like ‘Cock Crow at Down’, among others were produced from here in the 1880s. But today we barely see such. What exactly do you think is the problem?

Fundamentally, the September 7th Jos crisis and the attendant bouts of violent orchestrations that have come to herald the landscape of the state has, to a large extent, dealt a heavy blow to entertainment and creativity in Jos. For instance, clubs such as 0’11 and Makumba which are located within flashpoints of these conflicts were destroyed and burnt to ashes thereby bringing an end to night life in Jos metropolis.

It is a fact that the first video of Psquare was shot at club 0’11 which today lies in ruins. The negative media reportage of the Jos situation in print and electronic media has further scared outsiders from coming into Jos for leisure as they are daily bombarded with sensational and sometimes bias reports of killings in the city of Jos which are often exaggerated when investigated.

Furthermore, the heterogeneous disposition of the population in Jos which has been the thread holding the city together as a miniature Nigeria implies that when outsiders become afraid of coming into the city, commerce and industry as well as tourism will suffer as it is the case today. Government must work assiduously and more proactively in preventing the escalation of tensions through peace building in communities that are prone to violence rather than the reactionary approach as evidenced in peace keeping which only halts violence without addressing the underlying causes.

There is a standard film institute in Jos as well as music studios and academy. Do you think they are doing enough to promote the abundant talents in the state?

Indeed, they are doing a lot in producing the requisite manpower for the industry, not only for the consumption of the state but the entire nation. The problem lies with the non-existence of the required market for these talents. Expectedly, they are forced to relocate to Lagos where the business is to survive and thrive thereby leaving Jos empty. Most of the entertainment icons we have in the country were trained here in Jos, but even the indigenous artists have to seek greener pastures elsewhere.

Is ANA Plateau thinking of collaboration/synergy with any of the entertainment, music or acting outfits in the state in order to achieve maximum outcome?

ANA Plateau is open to collaboration with any entertainment outfit that is interested in literature and the advancement of Nigerian letters. We have partnered over the years with NFI, NTA TVC, UniJos, National Library of Nigeria, Jos Repertory Theatre and a host of entertainment outfits to promote arts and culture. The upcoming Festival of Arts and Culture tagged Road to Plateau by the National Council of Arts and Culture has enjoyed the full participation and partnership of ANA’s Plateau. We are committed to collaboration and partnerships that promote art within and outside the state.

Lately, the ANA national body has been involved in leadership crises. Please tell us what the problem is?

The association’s National Convention at Enugu which couldn’t produce a national exco for the association on the 3rd of November due to the padding of the delegate list by the outgoing Exco was reconvened on March 7th at Abuja and a new leadership emerged under the leadership of Ahmed Maiwada as National President. They have since assumed office after the easing of lockdown. In clear disobedience to a court order that all parties should maintain status quo, aggrieved members of the association attempted to hold another parallel election at Makurdi which was disbanded by security agents whereupon they went on social media to announce a parallel leadership not known to law. Aggrieved members should exhibit the spirit of sportsmanship and unite for a better ANA.

How best do you think the problem can be resolved?

The court will determine the penalty due to the perpetrators of this contempt of court because we are a country of laws and not a jungle where everyone can act as they wish. Meanwhile the national Exco is open to listen to their grievances and proffer solution and not for anyone to take laws into their hands.

What is your advice to upcoming writers, artistes/entertainers?

Write to impact your world, not for fame or material gain and your work will outlive you and echo across centuries. Finally, project Africa and the black race and culture like Achebe did in ‘Things Fall Apart’, rather than writing to please the West and in the process subsuming our Africanness. That is basically why the entertainment industry and those who have become celebrities need writers, not to only project them and their works but to project the African society at large.