Why building institute pushes for law against quackery in states 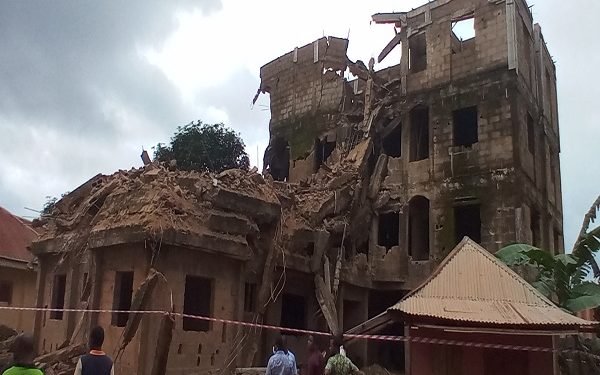 National President Nigerian Institute of Building, Kunle Awobodu, in an interview with Daily Trust, said the institute, as part of this year’s Builder Day activities, chose to remember an incident two years ago where a five-storey building collapsed at No 63 Massey Street, Ita-Faaji, Lagos Island, killing about 20 occupants, including many pupils.

Builder Awobodu, who specifically remembered the children who died and those who survived the event, said “a system that tolerates quackery which obviously does not insist on professionalism is bound to face repercussions such as witnessed two years ago at Ita-Faaji, Lagos Island.”

According to him, the outcome of many investigations on collapsed buildings has identified inappropriate management of the building production process on sites as the major problem, adding that the interwoven complex activities of building construction require management of experts,as well as trained and certified builders licensed by the Council of Registered Builders of Nigeria (CORBON).

He said following the collapse of the five-storey building at Ita-Faaji, the panel of investigation identified the loophole in the law and development process that had been severally exploited to promote quackery on building sites.

“There have been many building collapses in Nigeria. Conservatively, Lagos accounts for about 60percent of the figure of collapses.

“The worrisome question is: How many of those that participated in the construction of collapsed buildings have been prosecuted? How many culpable government officials have been made accountable?

“Even where there have been efforts at prosecution, such sometimes come too little or too late to achieve the required effects of deterrence. Sometimes even other little efforts towards prosecution are either frustrated or prolonged,” the president of NIOB said.

According to him, the development of result-oriented Building Regulations of Lagos State and attempts by some states to incorporate the wellthought-out project delivery requirements of the National Building Code in their urban development laws should be emulated by states of the federation which have not done so.