Benue rep: Buhari, others must account for trillions of naira approved to fight insecurity 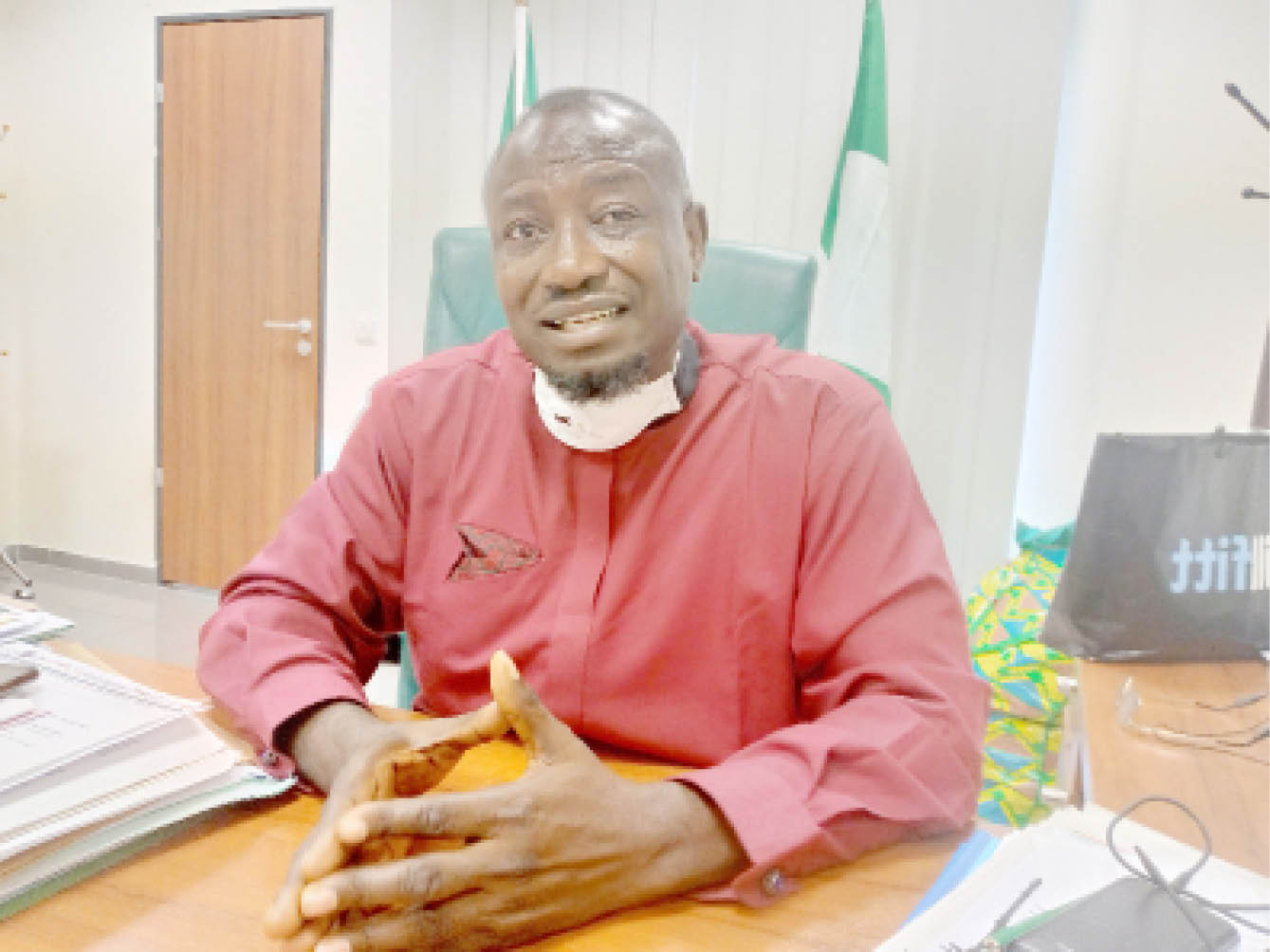 Dr Francis Ottah Agbo is the member representing Ado/Ogbadibo/Okpokwu Federal Constituency of Benue State at the lower chamber of the National Assembly. In this interview, he speaks on why President Muhammadu Buhari and other former presidents must account for the trillions of naira approved to fight insecurity, the need for state police, the deficit in intelligence gathering and fight against drugs.

Communities in your constituency have been bedeviled with myriads of security challenges and crises. What have you been doing to address the problem?

Before the Effiom and Ezza crisis which happened recently, the Ado Local Government Council of Benue State had been bedeviled with kidnapping, banditry and other criminalities. But we were able to manage that. The Operation Whirl Stroke was deployed there and we gave them logistics supports to be able to patrol the areas. The local vigilantes have also been assisting. These are some of the things we have been doing.

What appears to be the capstone in the negative sense in the entirety of the crisis in Ado was the recent carnage unleashed on the Izzi people living in both Ekile and Ijigban Ward on 30th May 2021.

How did it start?

What happened was that in February this year, one Alhaji Isah Musa, a Fulani herder, was killed by four young men who claimed to be IPOB members. They killed him in Ataloga. The chief of Ataloga liaised with us with the support of the deputy governor of Benue State, Engineer Benson Abuonu, and we were able to fish out the perpetrators of the heinous crime and handed them over to the police and they were prosecuted and convicted. We also had a truce under the leadership of the deputy governor to placate the family of the victim. We pleaded with the Fulani community that a revenge would lead to a counter revenge and spiral of killings. Eventually, we reached a truce and they agreed with us but little did we know that it was peace of the graveyard. On 30th of last month, herders living around the Abakaliki axis on the border between Ebonyi and Ekile in Benue withdrew their cattle to Kogi State and a day after, mayhem was unleashed on Ekile and Ijigban. They massacred 130 people and left scores of people injured and they are right now at the hospital in Abakaliki. As I speak to you, people still live in fear in my local government area, Ado. There are also security alerts of another invasion in Utonkon and we have alerted the security agencies on this. So, we have very a serious security situation in the area.

What do you think should be done to address the lingering security quagmire?

As we speak, Ado has only one security post which is located at the headquarters in Igumale. The security posts in all the districts are no more there. Our border ward with Ebonyi has no police post, not to talk of mobile police presence. At Ijigban Ward where I come from, we don’t have any police post, same thing with Ekile. Ulayi Ward where we had the crisis between Ezza and Effiom, too, don’t have a police post. Utonkon too doesn’t have a police post. The only place we have a police post is Igumale and it is grossly understaffed. Nigeria is actually sitting on a keg of gunpowder. When you try to complain about insecurity, they will tell you it’s a national thing. This country is overwhelmed with security challenges and the National Assembly keeps approving trillions upon trillions of naira to tackle rising insecurity to buy security equipment to fight insurgency, banditry and kidnappings. But as the National Security Adviser said before he recanted, we only see these things on paper. What has happened to the intelligence community in Nigeria?

What is your take on spending on the military?

What has the executive done with the trillions of naira we have been approving for them to tackle insecurity in this country? How is it that gunmen now have a field day, wreaking havoc in virtually in all parts of the country? They invade schools to kidnap students; kill and maim in the process, yet, our security agencies are not aware of such plans before they wreak havoc. If we had a proper intelligence community, they would have been able to checkmate their activities. We cannot have a functional security without a functional intelligence community because, for a crime to be busted, you must have a prior intelligence or what we call actionable intelligence. But in our own case, we don’t have. So, the questions we continue to ask is, what has happened to the trillions of naira we have approved for the executive to tackle insecurity in the country since the inception of democratic rule in this country or better still, since insecurity became monstrous in Nigeria? Or if I may ask, in the last 5 to 6 years, under President Muhammadu Buhari, who is a General, because, once a General is always a General. He has led Nigeria as a Military Head of State. He should know the importance of actionable intelligence. What is the president doing about all these approvals we have given to the executive arm of government  over the years? What have they done with the money?

The House of Representatives recently passed a bill to give a legal backing to states’ security outfits. Do you see state police as way out of the current security challenges?

First and foremost, the way out of the insecurity bedeviling Nigeria must be holistic. I am a clear advocate of restructuring and devolutions of powers. If you restructure, it means more power will go to the states which will include state police. The federal government is overweight and must shed the weight. More powers must be taken from the Exclusive Legislative List to the Concurrent List so that state governments can have more powers to bark and bite. You need to have state police. People have expressed fears that governors will use it negatively, I agree. No doubt about that. Many of them might tend to use it wrongly. But then, we must know that there can be no workable democracy without a robust security system. We need to devolve powers so that the states could have more powers. We need to have state police. I don’t have any problem with that. Even if some governors would want to use it against their opponents, they cannot be governors more than eight years. If they leave, another person will come.

Some people have described the ongoing constitutional review by the National Assembly as an exercise that will not yield any positive outcome. What is your take?

I think this question should be put to the president of the Federal Republic of Nigeria, Muhammadu Buhari. He is the one who has been refusing to append his signatures to the many amendments the National Assembly has been transmitting to him. However, it is going to be  preposterous if at the end of the day, Mr President fails to append his signature.

You head the Drugs and Narcotics Committee of the House. What is your assessment of the fight against illicit drugs in the country?

There are studies that over 95 per cent of all crimes and criminalities are propelled by narcotics drugs addiction. In other words, narcotics drugs are propellers of some of these crimes we are talking about. The NDLEA in the last 10 years or so, has remained understaffed, underequipped and underfunded. The fight against drugs in the last 10 years has been on the low the ebb because they lack manpower, resources and equipment. When I came on board, we were able to do appropriation for them and today, they have a transit house on the airport road. We have done appropriation for them to now buy some weapons, scanners and the rest. Before the appointment of Gen Buba Marwa, narcotics drugs had been progressing in a geometric progression, while the strategies and political will to control the menace was progressing at an arithmetic progression. But with Marwa’s coming, there’s a new Sheriff in town. His body language actually scares so many people. He gives the right directives. He has the political will and you can see that day in day out, they are confiscating narcotics drugs, marijuana and cocaine worth billions of naira.

But a Rep is advocating legalisation of cannabis and this is generating discordant tunes. What is your take?

Well, I am still doing a research on that and will make my position known when I’m done with my findings.

Can you briefly comment on some of your achievements as a lawmaker?

Before I became a member of House of Representatives, I had been involved in community service. I graded some roads; I empowered people. I did so much for my community, especially in Ado LGA. I bought a lot of motorcycles for young people to do okada. As a member of Reps, the first thing I did was to pay for hybrid cassava stems which I gave to my constituents. People used to call me cassava stems lawmaker, thinking that they were insulting me. But I enjoyed it because I knew what I was doing. I had a vision of agricultural revolution using cassava as a peg because cassava can thrive in any kind of land. I bought three trailer loads from Ibadan and took to the three LGAs in my constituency. People made mockery of me but I never bothered. Today, people that were insulting me are now calling me to request for the cassava stems. In December 2019, I shared N10 million to widows and  orphans in my constituency in an event held at Okpoga. During the outbreak of COVID-19, I was able to facilitate some relief materials from NEMA for my constituents in addition to my own personal relief materials which were distributed to the people to cushion the effects of the pandemic. I also constructed the Utonkon- Ekile Bridge. I completed the Ijigban Ward rural electrification started by Senator David Mark. We have been carrying out interventions too. We provided water in Orokam. We are in Ichama now doing a rural electrification project, while a solar borehole is ongoing in Okpokwu. We have paid JAMB fees for students and supported people displaced by crisis and attacks, just to mention a few. We will continue to do more. I have equally sponsored a number of bills and moved several motions at plenary for the wellbeing of my constituents and the nation at large.