Why ‘Buhari of the Bush’ became leader of bandits

His full name is Buhari Tsoho, and the more well-known ‘Buharin Daji’ (Hausa for Buhari of the Bush), was coined by residents of Zamfara State.… 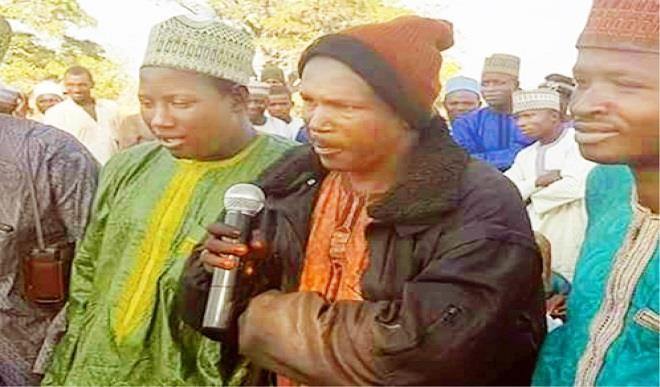 His full name is Buhari Tsoho, and the more well-known ‘Buharin Daji’ (Hausa for Buhari of the Bush), was coined by residents of Zamfara State. The Fulani man was born and brought up at Dandundun village in Maru local government area of Zamfara State, a source familiar with his family revealed to Daily Trust.

Some residents of his village, and other neighbouring communities, have known him for a long time before he decided to engage in armed banditry. A resident who craved for anonymity said Buhari was as gentle as a lamb. “We used to see him in our village, especially when he comes to buy stuff at the market. His relationship with other residents was cordial then. Later, for reasons best known to him, he took up  guns and became a criminal. After he joined the bandits, he alienated himself.”

‘Buharin Daji’ is said to the mastermind of most of the deadly raids in rural communities in the state. Until recently, when the authorities engaged him in to peace dialogue, Buharin Daji was commanding the deadliest armed bandits in Zamfara, especially along the Maru-Anka-Bungudu-Tsafe axis.

A source familiar with the situation told Daily Trust that Buharin Daji’s motivation for banditry is simply that he is a brutal and fearless character. “Whenever his gang goes for an attack, the aftermath is devastating. He has lots of weapons under his control. He would distribute rifles to his gang members in preparation for an attack after a community has been targeted. Sometimes he would hire out guns to members of other gangs,” the source added.

Most of the residents in Zamfara, those in affected communities, have heard about him and his activities even though very few had a clue what he looks like, until recently when he agreed to repent.

Early last year, news filtered in the state that Buharin Daji was killed in a shoot-out between his gang and security operatives in the troubled Dansadau district. The news of his death sparked jubilation across rural communities which he had constantly plagued. Initially, he was believed to have been killed after an audio file of a shoot-out was leaked. The audio clip is believed to have been recorded by one of his henchmen using a phone during an encounter with security agents.

The audio clip went viral on social media and was widely circulated in the state. In the recording, a voice was heard yelling, instructing the attackers to be brave, and to rescue Buhari. At some point a voice was heard screaming, “They have killed our Buhari! We should stop running away. Some of you should stay and rescue our Buhari. Our Buhari is gone!”

But the news of Buharin Daji’s death turned out otherwise.

In December Last year, a thousand armed bandits surrendered their weapons and renounced armed banditry and other crimes at Gidan Jaja village in Zurmi LGA of the state. The political and military leadership engaged the armed bandits and cattle rustlers in the state in a series of peace talks in the latest move to bring the wanton destruction of lives and property in the state to an end.

Even before that, the deputy governor of the state Alhaji Ibrahim Wakkala Muhammad had led top military and police officials to Gobirawa Chali village in the troubled Dansadau district of Maru LGA of the state to hold peace talks with armed bandits.

The deputy governor Malam Ibrahim Wakkala Muhammad said Zamfara state Government had  found it imperative to have a peace dialogue between the government and all armed groups in the state. He said the state government would support any collective peace negotiations with armed bandits, but the peace process must focus on achieving long-lasting peace.

Prior to the peace meeting, the armed bandits had to be convinced strongly that it was not a trap set by the authorities to arrest them. A source close to the arrangement told Daily Trust that even when they went to Gobirawa Chali village where it was agreed that all the parties in the peace process should convene, the leaders of the armed groups were somewhat wary to come out in the open.

“One of the targets was the gang leader, the so-called Buharin Daji. Being the kingpin of all the armed groups in Zamfara forests, his presence was seen as the most important component of the meeting. Initially, he refused to come out. Three batches of bandits came before he finally appeared for the dialogue.”

The source added that when Buhari showed up, he aired the ‘grievances’ of his fellow criminals. “He said their major problem is the vigilante group known as ‘Yan Sakai’ whom he accused of taking the law into their hands by killing innocent Fulani nomads for no just cause, without any repercussions from the  government. This, according to him was what prompted the herdsmen to take up arms for what he called self-defence.”

The source said Buharin Daji also complained that all the grazing routes and reserves were turned to farmland by politicians and traditional rulers. In the end, he promised  to observe all the peace agreements and suspend further retaliatory attacks, provided the government pressures local security to stop extra-judicial arrests and killings of innocent Fulani nomads.