Why 2023 general election will be peaceful – IGP

The Inspector General of Police (IGP), Usman Alkali, has reassured that the police will work in partnership with sister security agencies to ensure peaceful conduct… 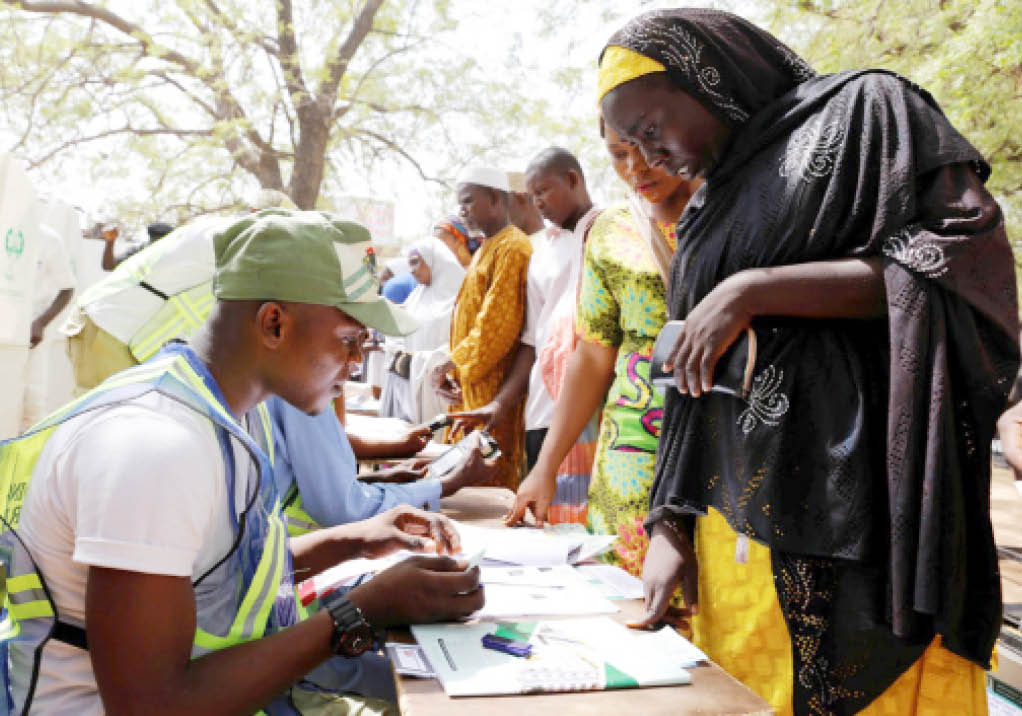 File PHOTO- Voters cast their votes during an election in Nigeria

The Inspector General of Police (IGP), Usman Alkali, has reassured that the police will work in partnership with sister security agencies to ensure peaceful conduct of the 2023 general election.

Alkali, represented by DCP Basil Idegwu, the Head of Police Federal Operation, said this at a security policy dialogue entitled “2022 General Election: Insecurity as a threat to constitutional succession”, organised by Cleen Foundation in partnership with Ford Foundation on Wednesday in Abuja.

He said that the police were working to sustain the noticeable improvements recorded in the conduct of security personnel at the Osun, Ekiti and Anambra off-cycle election, ahead of the 2023 general election.

“We have received great commendation both from international observers and local observers on the conduct and role of security agencies at the Ekiti and Osun election.

“This shows the readiness of the Nigeria Police Force and other security agencies to ensure a credible election come 2023.

“The police are reaching out to all security stakeholders to share actionable intelligence, carryout joint and various strategic planning and execution of operations which have been yielding dividends at the moment.

“However, it is imperative to note that in matters of security, every citizen is a stakeholder and that is why this initiative organised to dialogue is highly commended.

“Because all hands must be on deck to ensure that the current insecurity is fought to a standstill in the country,” he said.

Baba said that using the successes recorded in Edo, Ondo and Anambra elections, the police would ensure peaceful conduct of the 2023 poll.

He said that in strengthening the security response mechanism, the police have put in place a series of training programmes for their officers and men across the country.

He said that the training programmes included training on election security and others, to ensure that citizens exercise their franchise without fear of molestation or intimidation by criminal elements at the 2023 poll.

Mr Gad Peter, the Executive Director, CLEEN Foundation, urged the police and other security agencies to develop a comprehensive roadmap on public safety and security towards the general election.

Peter said that the dialogue was necessitated by the growth in scale, spread and sophistication of violent threats in the country.

In his opening remarks, the CLEEN boss said Nigerian elections in the past had been characterised by violence ranging from ballots snatching, rigging, vote buying and even killing by political thugs.

He noted that, similarly, the build-up to the 2023 general elections in Nigeria has been greeted with alarming insecurity (banditry, kidnapping, proliferation of small arms and light weapons) in some parts of the country.

The ED, however, commended President Buhari for assenting to the electoral bill which allows for use of technical devices and electronic transmission of results by the Independent National Electoral Commission (INEC) which has aided free, fair and violence-free elections in some states recently.