A visitor to the Edo Internally Displaced Camp located in Uhogua, in Ovia North East local government would easily believe the camp is a community of… 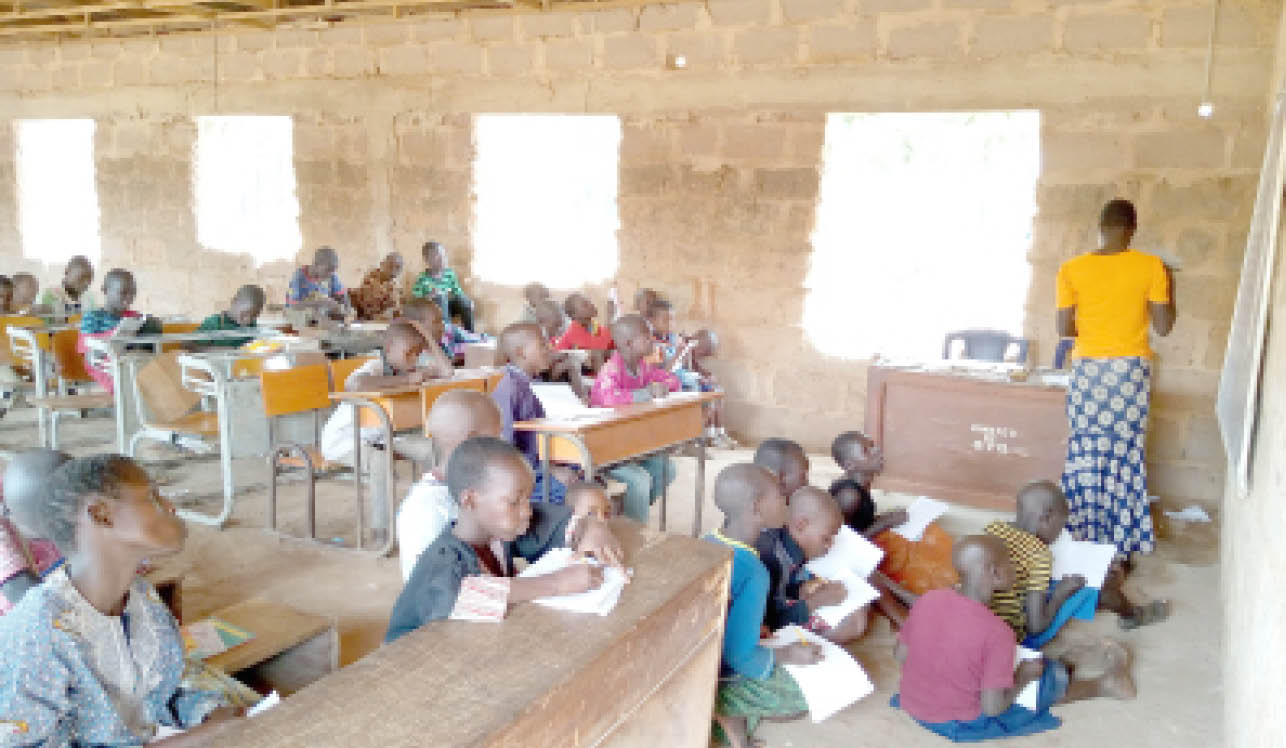 A visitor to the Edo Internally Displaced Camp located in Uhogua, in Ovia North East local government would easily believe the camp is a community of its own due to the population of inmates both children and adults taking shelter there.

The nursery and primary school located at the camp is begging for the attention and help of the state government, corporate organisations, Non Governmental Organisations, donor agencies as well as well-meaning individuals in making the school conducive for the inmates of the camp.

The school was established by the coordinator of the camp named “home for the needy” in 2005 to cater for the education need of the over 3,000 inmates who are mostly from the northern and middle belt region displaced by insurgency.

The camp also houses children from broken homes, orphans and vulnerable from the southern parts of the country.

The school, it was gathered, was also set up to address the education need of the children in the community.

According to Daily Trust on Sunday findings, the camp also has a secondary school for inmates and other children in the community.

Our reporter who visited the camp observed that the nursery and primary school has six blocks of classroom including an administrative block.

The three blocks including administrative block are completed while three blocks of three classroom each only has roof without doors, windows and ceilings.

It was also observed that some of the completed classrooms have no chairs as children were seen receiving lessons while sitting on the bare floor.

The school has a population of 2,255 pupils in the nursery and primary school.

Speaking with Daily Trust on Sunday, the coordinator, Pastor Folorunsho Solomon, said the camp is in dire need of help to make the school comfortable and conducive for the pupils.

“We have uncompleted three blocks of three classroom each. They are already roofed but without ceiling, windows, chairs, desk and doors. Some of them have chairs and desks but are not enough for students and they are without concrete floor.”

He said even some of the completed buildings are without chairs and desks, especially the nursery classes.

“So, we need the support of government at all levels, corporate organisations, Non Governmental Organisations, donor agencies, international communities and individuals to put the building in proper shape for the pupils

“These children need our help because education is the best legacy one can give to a child and these kids were forced to leave their homes due to insurgency. The only thing we can do for them is give them education so they can forget the ugly experience.”

According to him, they still need help in the secondary school section of the camp, especially in the area of teachers and instructional materials.

“These children came here because of insurgency, and their education was at the lowest ebb but now they are measuring up in education. We want them to get quality education so that they can stand on their own,” he said.

He further appealed to governments,  organisations, NGOs and spirited individuals to assist them in paying external examination fees and other educational needs of the inmates of the camp.

“Our pupils in Senior Secondary School (SSS III) are about to write West African School Certificate Examination (WASEC), National Examination Council (NECO) and National Board for Technical Examination Board (NABTEB) and the enrolment period is almost expiring and we need money to enrol these children for the examinations.