The World Health Organization (WHO) has called for better use of existing vaccines, and the development of new ones to tackle antimicrobial resistance (AMR). The… 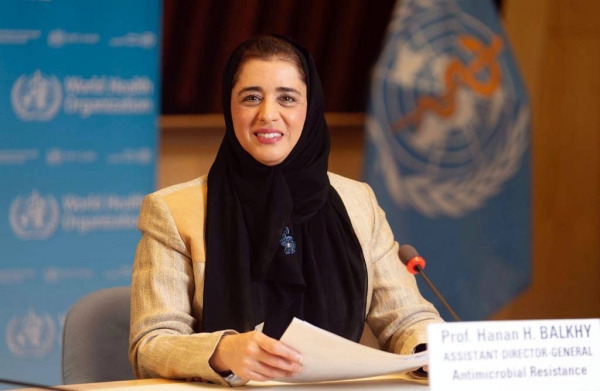 The World Health Organization (WHO) has called for better use of existing vaccines, and the development of new ones to tackle antimicrobial resistance (AMR).

The organisation on Tuesday released the first-ever report on the pipeline of the vaccines currently in development to prevent infections caused by antimicrobial-resistant bacterial pathogens.

WHO’s analysis points to the need to accelerate trials for AMR related vaccines in late-stage development and maximise the use of existing vaccines.

The silent pandemic of antimicrobial resistance is of major growing public health concern.

WHO said vaccines are powerful tools to prevent infections in the first place, and therefore have the potential to curb the spread of AMR infections. The AMR vaccine pipeline report aims to guide investments and research into feasible vaccines to mitigate AMR.

Dr Hanan Balkhy, WHO Assistant Director-General, Antimicrobial Resistance, said “preventing infections, using vaccination, reduces the use of antibiotics, which is one of the main drivers of AMR.

“Yet of the top six bacterial pathogens responsible for deaths due to AMR, only one, Pnuemoccocal disease (Streptococcus pneumonia) has a vaccine,” she said.

She stated that affordable and equitable access to life-saving vaccines such as those against pneumococcus were urgently needed to save lives, and mitigate the rise of AMR.

The report calls for equitable and global access to the vaccines that already existed, especially among populations that needed them most in limited-resource settings.

It said that the remaining three vaccines were effective and needed to increase the number of people receiving them to contribute to a reduction in the use of antibiotics and prevent further deaths.

Nigeria developed a National Action Plan for Antimicrobial Resistance, 2017-2022 in response to the threat AMR poses to essential medicines and health.

The threat from antimicrobial resistance has continued to grow and compromise effective treatment of infections to an ever increasing range of bacteria, parasites, viruses and fungi.

AMR has resulted in reduced efficacy of medicines making the treatment of infections expensive, difficult or even impossible. The impact is felt by vulnerable patients who may be unable to bear the associated higher costs or worsened illness, ultimately resulting in greater disability and

According to the plan, a rational drug use survey conducted in 12 developing countries found that Nigeria had the highest average number of prescriptions 3.8 drugs/ encounter, and the third in antibiotics prescriptions at 48 per cent.

A survey on irrational medicine use behavior in Nigeria also revealed that about 46.7 per cent to 71. 1 per cent of children aged five years were given antibiotics without prescription while only 68.3 per cent of adults used antibiotics following a doctor’s prescription.