Where is Rotimi Chibuike Amaechi? 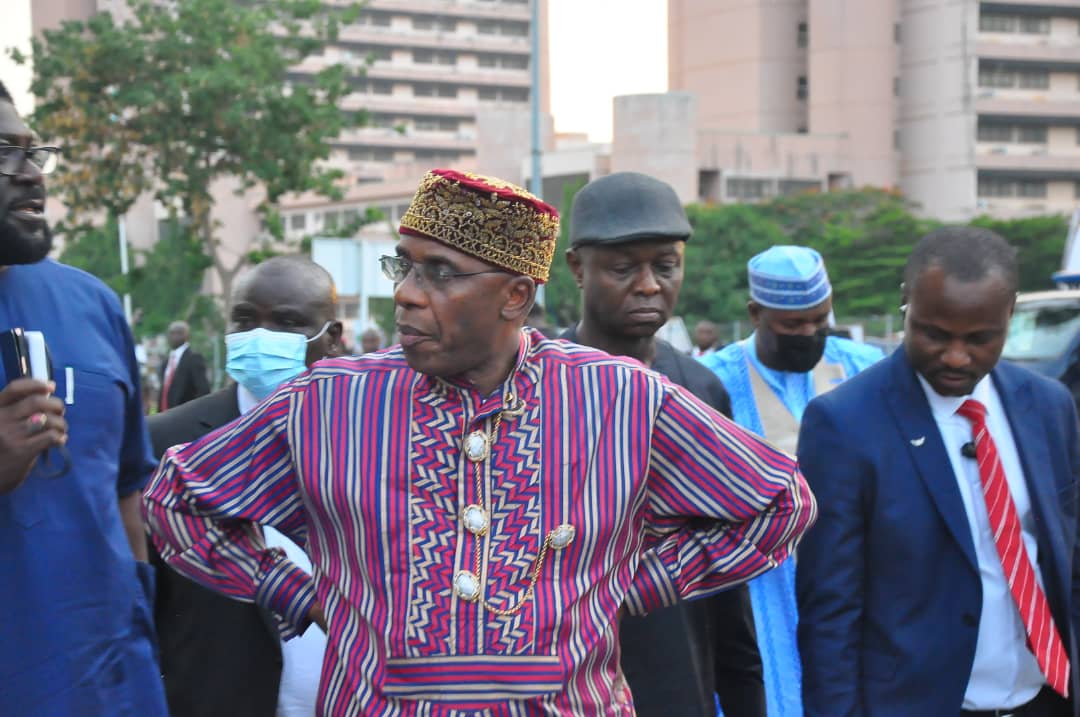 Amaechi’s political tapestry has been the craftwork of a benevolent fate. At 27, he was the secretary of the National Republican Convention in Ikwerre local government area of Rivers state between 1992 and 1994. He was speaker of the Rivers state house of assembly from 1999 to 2007, and governor from 2007 to 2015.

Amaechi is, perhaps, renowned for the role he played in the deracination of the Jonathan administration. Amaechi is believed to have provided the armament for the All Progressives Congress (APC) against Jonathan in the south-south. His part in the machinations is subject to mixed interpretations depending on the political divide. While some have accused him of betraying his kinsman, others say it was a question of principle for Amaechi – whether to stand on the side of a failing government or on the side of the people.

But does Amaechi have regrets? Well, becoming minister in Buhari’s government came with its own head of challenges. Although regarded as one of Buhari’s closest allies, Amaechi faced opposition and hard tackles within the government. Sources say the opposition was so stiff that it became difficult for the former minister to even push some memos through.

He was supposedly among those favoured by Buhari to succeed him but considered too temperamental and importunate by the power-connoisseurs of the villa. In the build-up to the presidential primary election of the APC in May, Amaechi purportedly secured Buhari’s endorsement. He was said to be counting largely on the president’s imprimatur to get the ticket. But it did not turn out quite the way he had expected.

A bulk of APC wirepullers resisted him. While one power bloc was working frantically for Senate President Ahmad Lawan to be the APC standard-bearer by consensus, another was working for Amaechi to become the presidential candidate by endorsement.

The third legion which comprised a good number of APC governors was insisting on going to the polls to elect the party’s presidential candidate because they believed Bola Tinubu had a chance at getting the ticket in an open contest.

The president was on tenterhooks owing to the conspiracy of interests. If he openly backs Amaechi, that will offend the governors and Tinubu who played an exceptional role in his victory in 2015. If he publicly sides with Lawan and railroad him through to get the ticket that will as well rankle other interests and rive the south-west’s support for the APC.

So, Buhari elected to be Pontius Pilate – in this instance, washing his hands off the tangled interests and asking APC governors to do as they please.

The primaries have come and gone, and Tinubu is APC presidential candidate. Where is Amaechi? Why is he not invested in the Tinubu campaign? In 2015 and 2019, Amaechi expended himself in the presidential campaigns for Buhari. What has changed?

Amaechi has been taciturn and morose. He appears not to be in campaign fervour. He has neither been seen around the planners nor has he been heard making any comment about the APC presidential campaign. His silence is perceptible.

The APC presidential campaign committee released the list of members of the campaign council a few days ago. Amaechi was obtrusively on the list. But the Lion of Ubima is showing no emotions. He appears indifferent and unperturbed.

I believe his silence could be deliberate and contrived to buy time. Tinubu’s dalliance with Nyesom Wike, governor of Rivers state, puts him at sixes and sevens. Wike is Amaechi’s sworn adversary. But politics is unkind; Tinubu needs the support of Wike, who is a strong arm in the south-south, to win the election in the zone.

Where does this leave Amaechi who has given so much to the party? Does this mean he is no longer an important political utility?

Well, this is where Jagaban needs to walk the tightrope. He must show himself the master strategist he is famed to be. He must apply his much-vaunted tact to manage both interests. Amaechi should not be discarded like a soiled blanket. His political relevance should not be tied to a season.

Going by his political antecedents, I believe Amaechi has capacity for loyalty and commitment to a cause. His cup may not be empty of usefulness.

But I guess the question everyone is asking is, where does Amaechi stand?

Nwabufo aka Mr OneNigeria is a writer and journalist.