What will form bedrock of APC campaign — Senator Adeyemi

Senator Smart Adeyemi represents Kogi West in the National Assembly on the platform of the All Progressives Congress (APC). In this interview, he speaks on… 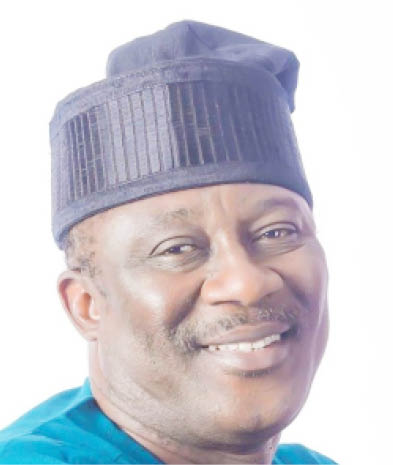 Senator Smart Adeyemi represents Kogi West in the National Assembly on the platform of the All Progressives Congress (APC). In this interview, he speaks on what will form the bedrock of the party’s campaign and why he proposed a bill to stop the same faith presidential ticket of either Muslim-Muslim or Christian-Christian. Excerpts:

Political campaigns for the 2023 poll will officially commence on Wednesday. What do you think will form the bedrock of the APC campaign?

I do know that this government succeeded in the area of infrastructure by way of roads, railways expansion, dualisation, and efforts in repositioning the economy. But all these have been beclouded by insecurity. Initially, people didn’t know that Boko Haram is a war that is beyond Nigeria. The insurgency is being bankrolled by foreign nations who don’t want Nigeria to prosper. Have you imagined the literates who are in this squad of terrorists how have they been acquiring their weapons, how are they trained? You will come to terms that Nigeria is being fought by some nations of the world who are more advanced than this country. Those are the people sponsoring the insurgents.

So the party’s leadership is looking into it. It will make its position known on the thrust of the campaign. But which of these political parties have national acceptance? It’s the APC. But let me assure you, our campaign will be very robust. We are going to campaign vigorously on issues and how to resolve them,  and we are the party to beat.

Christian members of the APC are aggrieved over the issue of Muslim/Muslim presidential ticket.  Don’t you think this is a threat to the party?

No, it’s not. I am not against what the Christian community is saying. They have every reason in some instances but be that as it may, we should not allow this to destroy the fabric of the nation.

Don’t you think people are having this conversation about the same faith ticket against the backdrop of the kind of disconnect thrown up by the Muhammadu Buhari administration in terms of appointments and others?

I don’t have the statistics to agree with you, but let me tell you that I do know that if we Christians are skeptical, we have reasons to be skeptical, but not for Tinubu and Shettima. I think the skepticism is for the future. The fear is if this continues won’t there be a situation where you have the same situation you are seeing that would be very bitter for them to swallow? And that is why I am putting the amendment across.

The amendment is to forestall a situation where this can be abused. I can tell you that Shettima didn’t look for this. So I’m trying to see that the situation does not get to where there will be a breakdown of law and order.

Religion is a mystery. So when you see what is capable of threatening the unity and peace of Nigeria, as a lawmaker, you have a responsibility to try to save the situation. So this amendment is not for this dispensation. Primaries have been concluded, and INEC’s deadline for substitution of candidates has passed, so we can’t do that now; it’s for the future.

Why did you propose the bill to stop the same faith presidential ticket?

We are trying to put in place a legislative provision that will make it compelling for political parties to take into consideration the sentiments of Nigerians. As lawmakers, we have the responsibility to make laws for the good governance of the country. Not just for good governance, but laws that will enhance the peace and unity of the nation, and by extension a nation where people will be united and live in peace.

After Kashim Shettima emerged as running mate, a lot of apprehension and fear by the Christians came up. Some Christians referred to Abiola and Kingibe and said the situation at that time, which made Christians not to talk about it was that Nigeria was not as troubled as it is today. Insurgency, banditry and other problems that emanated from Boko Haram were not visible.

Today, churches have been pulled down, and of course, quite a number of mosques and imams have equally been killed. So I feel there is a need for us not to allow religion to be an issue. And the major thing is to give confidence to all the major faiths in this country.

The PDP is neck-deep in crisis. What do you think is the cure?

Why is it that the APC insisted on zoning the presidency to the South? National unity. Why was it difficult for the PDP to zone the presidency to the South? Insensitivity! It doesn’t matter to them. I want to appeal to those aggrieved in the PDP to cross over to the APC. APC is the only truly national party that is available today. We all know the two dichotomies – the North and South.