What to know about Marburg virus

The World Health Organisation (WHO) recently confirmed an outbreak of the Marburg virus disease (MVD) in Ghana. Ghana is a close neighbour of Nigeria. However,… 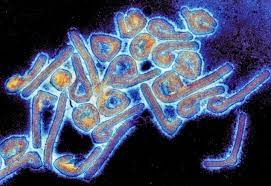 The World Health Organisation (WHO) recently confirmed an outbreak of the Marburg virus disease (MVD) in Ghana.

Ghana is a close neighbour of Nigeria. However, according to the Nigeria Centre for Disease Control and Prevention (NCDC), no MVD case has been reported in Nigeria.

It noted Nigeria is at moderate risk of the importation and impact of the disease.

The outbreak in Ghana makes it the second time the disease is detected in West Africa, after the incidence in Guinea in August, last year.

The Director General of NCDC, Dr Ifedayo Adetifa, said his organisation is on high alert following the second incidence detected in West Africa, and advised Nigerians to take measures to protect themselves in case of importation.

The Marburg virus causes a rare, highly infectious disease and severe haemorrhagic fever in humans and non-human primates, just like the Ebola virus. It is another example of a zoonosis such as Lassa fever, etc.

It was first discovered in 1967 following outbreaks in Marburg and Frankfurt in Germany, and Belgrade, Serbia.

Outbreaks and sporadic cases have been reported in some African countries since then.

NCDC said the initial symptoms of the disease include sudden onset of fever, chills, headache, body ache which may be accompanied by a rash, most prominent on the chest, back and stomach, nausea/vomiting, chest pain, sore throat and abdominal pain by the fifth day of illness.

An increase in severity of the illness can be heralded by the appearance of severe watery diarrhoea, jaundice, inflammation of the pancreas, severe weight loss, bleeding from multiple areas, delirium, shock, liver failure, massive haemorrhaging, and multi-organ dysfunction and/or failure.

When transmitted from infected animals to humans, it spreads in humans through direct contact with the bodily fluids of infected people, and contaminated materials and surfaces.

The virus can enter the body through broken skin or mucous membranes in the eyes, nose or mouth.

There is currently no treatment or vaccine for the disease. However, infected persons can benefit from supportive care and treatment of specific symptoms which improve the chances of survival.

Dr. Adetifa said: “Based on available data, the overall risk of both importation of the disease and its potential impact on the Nigerian population is said to be moderate as assessed by NCDC experts and partners given the following:

“The proximity (same region), high traffic from Ghana and countries that share borders with Ghana, the incubation period of 21 days of the virus, heightened surveillance at point of entry, Nigeria’s capacity to respond to the outbreak in the country and the fact that persons with MVD transmit the virus when they become symptomatic unlike for SARS-CoV-2 that causes COVID-19 that can also be transmitted by infected persons without symptoms.”

According to him, point of entry surveillance has been heightened, trained rapid response teams are on standby to be deployed in the event of an outbreak and the NCDC’s Incident Coordination Centre (ICC) is in alert mode.

He said the NCDC is also amplifying risk communication efforts and continues to work with states and partners to strengthen preparedness activities which include – review of risk communication protocols, plans and messages in the event of an outbreak.

To protect themselves against the disease, NCDC advised Nigerians to avoid non-essential travel to locations where the outbreak is reported for the moment, and also avoid direct contact with blood, saliva, vomit, urine, and other bodily fluids of people with suspected or confirmed Marburg virus.

It also advised the public to adhere to the following preventive measures:

– In suspected and/or confirmed MVD cases, direct physical contact should be avoided by ensuring strict isolation, the use of protective gowns, masks, gloves and safe disposal of needles, bedding, and other contaminated materials

– Male survivors of Marburg virus disease should practise safer sexual practises and hygiene for 12 months from the onset of symptoms or until their sperm tests negative twice for the virus.

“Infections have been recorded in health facilities and in healthcare workers while looking after patients with suspected or confirmed MVD. This is mostly due to poor adherence to infection prevention and control (IPC) measures.

“Therefore, healthcare workers are urged to maintain a high index of suspicion for the disease and always observe standard precautions,” NCDC advised.