What Ronaldo told me before his ‘explosive’ interview – Ten Hag 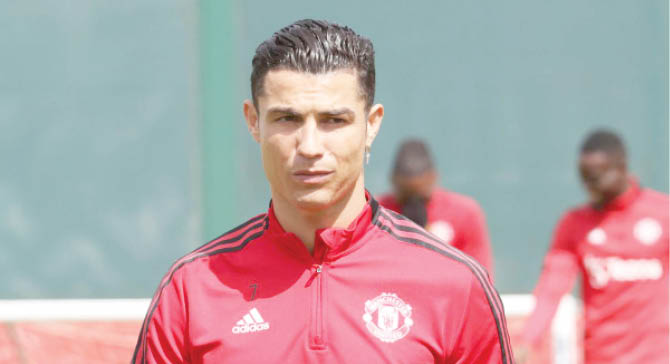 United parted ways with the Portuguese star after the veteran forward gave an explosive TV interview in which he said he felt “betrayed” by the club and had no respect for Ten Hag.

“I think it was quite clear after the interview that he had to leave. I think we didn’t have to discuss it,” Ten Hag told the Manchester Evening News.

“I wanted him to stay from the first moment until now. He wanted to leave, it was quite clear. And when a player definitely doesn’t want to be in this club then he has to go, clear.

“The interview I think, as a club, you can’t accept. There will be consequences. To make that step he knew the consequences. Before he never told me he wanted to leave.”

Ten Hag, speaking at United’s winter training camp in Spain, claimed the 37-year-old, currently playing for Portugal at the World Cup, had even hinted at his desire to remain at the club before the season started.

“Until that moment he never told me ‘I want to leave’,” added the United boss.

The Portugal star made his name in his first spell at Old Trafford, developing from a raw but prodigiously gifted teenager into one of the world’s deadliest forwards.

Ronaldo spent three years at Juventus from 2018 before a sensational return to Manchester last year.