What happens to Ronaldo if Haaland replaces Cavani? 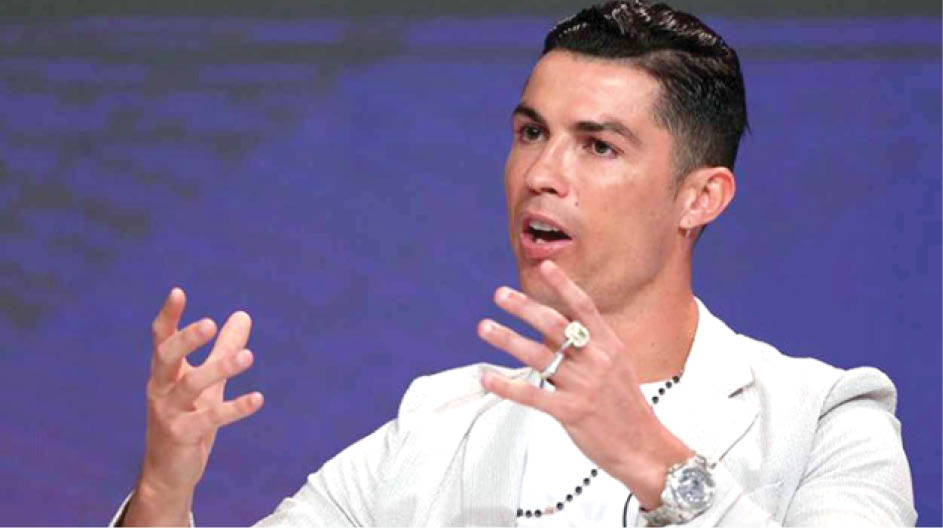 Ralf Rangnick will probably not get the manager’s permanent job at the end of the season however as a consultant he will wield plenty of influence. One of his top priorities will be to sign a strong, young top centre forward to replace Edinson Cavani who returns to South America in July. Step forward Erling Haaland who I am reliably told is top of United’s summer shopping list.

That brings into play the question of what happens to Cristiano Ronaldo. He will be 37 later this year and he no longer has the ability to play box to box football but is used more as a focal point for crosses and penalty area action. Haaland, if he joins, will not be content to sit on the bench taking his turn to play while Cristiano is leading the attack and therefore United will have to change their tactics. The 21-year-old Norwegian will take charge in the middle of the attack and Ronaldo will likely move out onto the wing so both can play in the same team. Of course Harry Kane is always a possibility to join the Reds and if Mauricio Pochettino comes in as manager and he would push for Kane.

Real Madrid president Florentino Perez is said to be furious with his team’s dismal performance against PSG in this week’s Champions League match. A Kylian Mbappe last minute goal sealed the win for PSG but Real did not set up one attack on goal during the entire match. Los Blancos are currently top of La Liga with 16 wins and two defeats from 24 games and this is the only thing that could save Ancelotti. PSG manager Mauricio Pochettino is much admired by Perez and would be his choice if he sacks Ancelotti. The return game in Madrid will seal Ancelotti’s fate and it is a game he must win. Approaching Pochettino will put Real on course to clash with Manchester United where he is the player’s favourite to take over in the summer. Real are aware of this and it could push them to make an early approach to the Argentine.

This summer’s battle to sign Declan Rice is likely to include Real Madrid now the Spanish giants have raised some money and are less hampered by their financial problems. The best three midfielders in the Premier League are arguably West Ham’s Rice, Leeds’ Kalvin Phillips and Leicester’s Youri Tielemans. It is interesting that none of them play for the acknowledged top six teams. Tielemans has already said he will leave Leicester, Phillips is unlikely to leave Villa because it is his boyhood club, much like Steven Gerrard at Liverpool who only played for the Reds. Rice on the other hand is likely to be moving after a bidding war which could see his value top £100million. Manchester United are often criticised because of their weak midfield and Rice is the perfect answer and the player himself has said he does not want to end his career with no big trophy medals. If Paul Pogba does grant his agent Mino Raiola’s wish and leave Manchester in the summer, United will go for Rice or Tielemans who has less than a year left on his contract and could be bought for as little as £45million. Chelsea boss Marina Granovskaia has already talked with owner Roman Abramovich and he will bankroll a possible move for Rice. Los Blancos boss Carlo Ancelotti has experienced the quality of Rice when he was at Everton and had to play against him and he is a known admirer. Real’s midfield is ageing with Luka Modric (36), Casemiro (29) and Tony Kroos (32) and the club know they have to act fast.

More problems for Manchester United emerged this week when I discovered that the players are so fed up with Ralf Rangnick’s training methods and especially those of his imported American assistant coach who they claim has not improved training since Ole Gunner Solskjaer left the club. Rangnick defended this accusation by saying that the team had improved tactically. The American is so disliked that he is called “Ted” behind his back which refers to Ted Lasso, the comedy character in a TV series about an American coach who takes over at a fictional leading football club even though he has no real knowledge of football.

Newly appointed manager of Aston Villa Steven Gerrard certainly has one big admirer amongst his playing staff. Tyrone Mings was talking this week about the effect Gerrard has had on himself and on the team. He said in praise of the new gaffer, “There are times when you can see Steven Gerrard the football captain. Sometimes when he joins in training he still has that winning mentality on the pitch. As a manager he is fantastic. He is crystal clear instructing how he wants us to play, the team he wants us to be and the values he wants us to stand for. Steven Gerrard the manager is pushing us to limits that maybe some of the team didn’t know we could go to. We’ve had the emergence of some really good young players while for some more established players their game has gone to another level.”

Crystal Palace manager Patrick Viera wants another top striker in the summer. He plans to concentrate on making his forward line more hungry and more aggressive. He feels his team needs to be more ruthless. Palace are just below mid-table having drawn eleven out of 24 games. When questioned he said, “I believe we have lost points and made mistakes and we still need to improve a lot. We need to be more ruthless in front of goal and better in our own 18-yard box. Wilf Zaha is back from the Africa Cup of Nations duty with Ivory Coast but players like Michael Olise, Eberechi Eze and Odsonne Edouard have all shone in his absence however with his potential he can do more. I am really demanding of him because of his ability and he needs to be more consistent. The challenge is for the others to put pressure on him.”

Newcastle money moving them up table

Who said money can’t buy you success. After Newcastle’s 0-0 draw with Aston Villa, manager Eddie Howe ran around the pitch celebrating and hugging his players until he was the only one left on the pitch. He looked up at the stands, blew his wife a kiss as she watched down from the VIP seats and Newcastle had climbed four points clear of the relegation zone. In the dressing room the players sang and cheered as Eddie entered. Before accepting a poisonous challenge at a club which had continually embroiled itself in bad publicity, self-destruction and negativity Eddie had sat with his wife and discussed whether a move to the north east was good for the family and if so would he have her support? She knew he wanted the challenge and encouraged him to take the job and so he accepted. During the Villa match the fans had waved their black and white flags, left on every seat before the match and the new Saudi owners showed their approval wearing smiling faces and clapping hands. New signing from Brighton, Dan Byrne was excellent and Kieran Trippier showed why his £12million transfer fee, paid to Atletico Madrid, was the bargain of the century. Trippier however was x-rayed after a heavy tackle and he has broken a metartsel bone in his foot which will keep him on the sidelines for approximately three months. Two months ago Newcastle fans were dreading the drop to a lower division. Now they are buoyant, singing their hearts out and relegation no longer seems a certainty.