What Gov. Ayade is doing to address CJ impasse – AG

Tanko Ashang is the Attorney General and Commissioner for Justice in Cross River State. In this interview, he speaks about the controversy over the appointment… 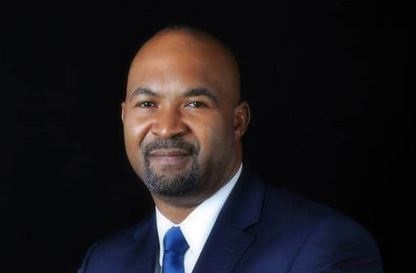 Tanko Ashang is the Attorney General and Commissioner for Justice in Cross River State. In this interview, he speaks about the controversy over the appointment of the Chief Judge of the state following the recommendation of the National Judicial Council (NJC).

What is being done to have a substantive chief judge in Cross River State since the acting tenure of Justice Maurice Eneji expired?

The position of chief judge and acting chief judge is clearly spelt out in the constitution and there are three actors in making a chief judge: the governor of the state has the power to appoint but that is subject to the recommendation of the NJC which then goes to the House of Assembly for confirmation. If the three don’t come together, you will not have a chief judge. If NJC does not recommend, there is nothing for the assembly to consider, and if the assembly has something to consider but they don’t approve, the governor has nobody to swear in, that’s where the state stands.

The governor recommended Justice Akon Ikpeme and Justice Maurice Eneji to the NJC to succeed retiring Justice Michael Edem. The NJC has nominated Akon Ikpeme as the preferred candidate and Eneji as the reserved candidate. They sent the name of Akon Ikpeme to the governor and he forwarded it to the House of Assembly but the House refused to confirm her. Without the confirmation, they could not swear her in. That happened when her acting capacity was expiring. She was the most senior judge. Because her acting had expired and the House of Assembly did not confirm her and we did not seek extension from the NJC as at the time because we were looking for her substantive confirmation, the governor had to swear in the next most senior judge, Justice Eneji as acting Chief Judge.

As the second three months have expired, what next?

The state Judicial Service Commission where I am the alternate chairman has met and sent our recommendations to the NJC with consent of the governor. So, that’s where we are now so that we tie it together.

Why did the JSC not recommend Akon Ikpeme again?

When the House of Assembly rejected her, the NJC sent her name again while Eneji was acting and they said that she must be confirmed. The House of Assembly refused to confirm her for the second time. Upon that, the state JSC has recommended Ikpeme for Court of Appeal so that we can avoid a logjam. We have appealed to the NJC to consider Eneji’s appointment as a substantive chief judge since he was their reserved candidate, or in the alternative at least, extend his acting appointment till Akon Ikpeme’s nomination to the Court of Appeal is resolved.

Has NJC responded to this recommendation?

The NJC has not replied that letter. That letter was sent to the NJC on the 18th of August, 2020, with enough time for them to consider before his appointment expired on the 2nd of September. Our letter had two prayers. In the alternative, either you nominate him to us since he was your reserved candidate or extend his tenure until we resolve the Akon Ikpeme issue. NJC has the discretion to extend or not. If they write to us that they are not extending, it is their discretion; we cannot compel them. We would have naturally sworn in the next most senior judge as the acting chief judge and that will resolve the issue but if they extend, we will just ask the last acting judge to continue.

What could be another alternative to this situation?

The constitution has given them powers and you cannot challenge their power so they are holding on to their own share of the power. Private lawyer as CJ works in other climes, like in the United States. For instance, Justice Robert was a private practitioner. He was not even in the High Court or Court of Appeal or Supreme Court but the president picked him as the chief justice of America. And once he is sworn in you have to work with him.