What China’s ‘Belt and Road’ means for Africa

On Friday, Chinese president Xi Jinping will deliver a keynote speech at the opening of the second Belt and Road forum for International Cooperation which… 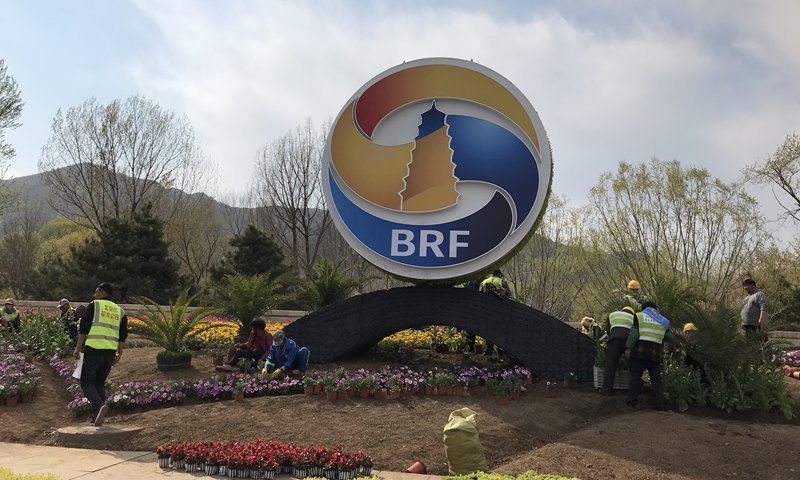 On Friday, Chinese president Xi Jinping will deliver a keynote speech at the opening of the second Belt and Road forum for International Cooperation which commenced today in Beijing, China’s capital.

African leaders already in Beijing for the forum included those of Kenya, Ethiopia, Egypt and Mozambique.

France, Germany, the UK, Spain, Japan, South Korea and the EU are sending high-level representatives to the forum.

Led by China, Belt and Road Initiative (BRI) is a transcontinental connectivity project launched in 2013 by President Xi Jinping.

The project is often described as a 21st century silk road, made up of a “belt” of overland corridors and a maritime “road” of shipping lanes.

The initiative, tagged “project of the century”, seeks to revive ancient trade routes between Asia and Europe, as well as build new links in the Middle East and Africa.

BRI is poised not only to reshape global trade but also fill large and long-standing infrastructure gaps in partner countries and raise the living standards for more than half of the world’s population.

Since the launch of BRI, China has signed more than 170 agreements with 126 countries and 29 international organizations.

From Addis Ababa-Djibouti railway and the Suez Canal corridor in Egypt to the Nairobi-Mombasa railway, BRI is creating fresh waves in building ports and connecting major cities in Africa.

The 186km Abuja-Kaduna standard gauge rail project, considered as a lasting legacy left for Nigeria by China, the Abuja light rail and the new terminal of the Nnamdi Azikiwe International Airport, are all achievements of Belt and Road Initiative.

For BRI’s promoters, the initiative is seen as an alternative platform for multilateralism and global cooperation amid a surging tit-for-tat protectionism policy in the West.

They argued that the initiative is a win-win development cooperation for China and other partner countries, as it puts emphasis on infrastructural connectivity, which is central to economic growth.

But the initiative has been repeatedly criticised as China’s geopolitical tool to expand its global influence and put countries, especially developing economies, under its orbit by way of “debt trap diplomacy”.

China’s Foreign Minister Wang Yi dismissed the criticism, saying “The ‘Belt and Road initiative’ (BRI) is not a geopolitical tool but a platform for cooperation. We welcome all parties to take part in it.”

Since independence, Africa has been a destination for official development assistance, otherwise known as aid.

But experts have argued that this has made the continent aid dependent and fostered paternalism, as opposed to partnership, among colonial powers.

It is time for Africa to shake off the old colonial ties and begin to recognize where the wing is growing, said Professor Peter Kagwanja, President and Chief Executive, Africa Policy Institute, Kenya.

“Five decades after independence, Africa has come of age and should be able to choose its path in global politics and development.

“One of those is to recognize where the wing is beginning to grow. China, through the Belt and Road initiative, is taking over the global leadership in terms of development because it has right concept and resources,” Kagwanja said.

He said African countries “cannot keep on to be beholden to our old colonial ties. We need to get serious and this requires us to make the right choices, as independent countries, in choosing development path.”

Onunaiju said African leaders need to understand this shift and pay closer attention to the prospects of BRI.

“There is no region that needs what BRI offers than Africa, where interconnectivity is a serious challenge,” he said. “We need to follow up strategically and engage the process proactively.”

For Nigeria, Onunaiju said there is no better destination for sourcing money to address its chronic infrastructural financing needs than China’s ‘Belt and Road’ but decried what he called the government’s “lukewarm” attitude toward the initiative.