What actually happened at Man-Utd

The protesters at Manchester United caught everyone by surprise at the weekend. We were informed that at 2pm there would be a mass protest outside… 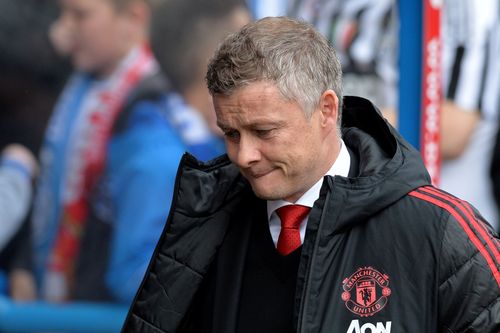 The protesters at Manchester United caught everyone by surprise at the weekend. We were informed that at 2pm there would be a mass protest outside Old Trafford against the Glazer brother owners.

The clever move by fans was that they kept secret the plan to blockade The Lowry Hotel where United players stay overnight before a home match (or if they are playing City). There had been plenty of social media chat about the stadium protest but not a word about The Lowry gathering. In secret, maps were distributed to fans who were in on the plan and the two points of exit for the team coach at the hotel were clearly marked with red crosses. Police presence was minimal because they too were not informed.

Two team coaches were parked a few yards from the hotel entrance and supporters surrounded them and also blocked the entrance. At 11.58am, the Red Issue Twitter account announced, “Stop the Sky Sports transmission and you stop the Glazers.” This was directed at the hotel protesters. Red Issue had been the group behind the breach of security at the United training ground two weeks previously displaying a banner “We decide when you play.” Police were rushed to the hotel but it was too late and at 1:30pm both the front and the back were blocked and the players could not leave. By this time there were 20 police riot vans outside. A police helicopter was deployed to manage the situation from the air.

The hotel and the United club officials prevented Harry Maguire, Bruno Fernandes, Nemanja Matic and Scott McTominay from going outside to talk with the supporters in an attempt to calm the situation. The referee Michael Oliver and his linesmen arrived at the ground but were turned away. At 2pm protesters broke through barriers and gained entry into Old Trafford itself with hundreds of fans running onto the pitch and gaining entry into offices. At 5.35pm the fans had won and their battle plans were a complete success.

The game was called off until another day. Back in the US The Glazer Brothers were appraised of the situation and were asked about a possible sale of the club but the only comment they would make is that the club is worth an incredible £4billion which, as United legend Peter Schmeichel said this week, is beyond the capabilities of almost everyone in the world. However, they were confronted by newspaper front pages in the US because The Tampa Bay Times, home of the Glazers, and the New York Times featured the story on their front pages. However, despite all their efforts the best the fans can hope for is a change of club structure and policies because, at the moment, the owners are not going anywhere.

News is reaching me that Harry Kane’s exit from Tottenham is almost certain if the club miss outon a top four place this season. There is much talk around the White Hart Lane stadium with two clubs likely to battle it out for his signature. Both Manchester clubs are very keen on adding him to their first team squads. Pep Guardiola needs to replace Sergio Aguero who is leaving when his contract expires and the Glazer Brothers at United want to sign a high-profile striker to appease the fans after the Super League disaster. A fee of £90million has been mentioned which would break the current record for the Premier League of £89.3 million paid by United for Paul Pogba. Kane has been talking again this week about his ambition and desire to win football’s biggest trophies and his future all looks set to hinge on Champions League qualification.

Borussia Dortmund Chief Executive Hans-Joachim Watzke insisted this week that he has a strong relationship with Erling Haaland’s agent Mino Raiola and he is confident the striker, who has scored 43 goals in 46 matches this season, is going nowhere this summer. He said, “I’ve known Raiola for a long time and get along well with him. It’s no problem for us. Erling Haaland will remain a Borussia Dortmund player for next year.” That is a major blow to both Manchester clubs who are tracking negotiations and I have learned they will continue to try for a deal.

Moyes and the Hammers believe

I asked some of the West Ham staff why the club has been so successful this season. The answer was simple…because they believe in themselves and their manager David Moyes has instilled a “win” mentality in his players. This is completely supported by the facts and this is what they pointed out to me: In February the Hammers lost arguably their best defender Angelo Ogbonna. When the national side played Poland it was Declan Rice who got injured and he is probably the team’s most important player in midfield, and finally the main striker Michail Antonio picked up a hamstring injury. Last weekend full back Aaron Creswell joined the croc’s list and club captain Mark Noble had to go off injured. A long list of disasters and yet West Ham is fighting for a top four spot and Champions League qualification. The confidence of the entire squad is sky high. By the way, if West ham qualify for the Champions League each player gets a share of a £9million bonus pot.

I’d put my shirt on Aguero

Manchester City’s Sergio Aguero leaves at the end of the season with all the best wishes from his manager Pep Guardiola. Supporters have been rushing to buy a genuine City shirt with Aguero’s name on the back. It will be a different team without their talisman striker however with the announcement that he is to go, shirt sales have risen by 1,200% as fans rush to buy them.

One of the hottest Premier League properties is likely to change clubs this summer. Aston Villa’s Jack Grealish has been on Manchester United’s target list for some time now and a bid is likely in a couple of months. However, Grealish might have other thoughts and be lured to Manchester City. Grealish and City’s Kevin de Bruyne have a mutual admiration which could sway the Villa man. Grealish is on record as saying he admires the Dutchman and to play with him would be a dream. He watched De Bruyne in the Champions League and said, “De Bruyne’s final ball, every single time, is unbelievable.” He said on You Tube a few months ago, “I think he’s easily the best player in the Premier league for me and – apart from Messi and Ronaldo – the best player in the world.” The feeling is mutual because De Bruyne said, “I rate Jack very highly. He’s somebody I mentioned before talking to my teammates at City.” At the moment bookmakers have United favourite to sign Grealish but Kevin could influence that move.

It is hard to feel sorry for former Arsenal playmaker Mesut Ozil. He is after all a very rich man thanks to earning £350,000 a week at the Emirates Stadium and now plying his trade for Turkish super-team Fenerbahce. The toxic end to his career at Arsenal was replaced with a move to his boyhood dream team in his own country. He was happy, the fans were ecstatic and the club thought they had bought a potential world beater. However, things have not worked out since then. I have several contacts in Turkey and reports reaching me indicate that the club is not happy with Ozil’s contribution this season and the fans are losing faith in their champion. The 32-year-old joined the Turkish team with his shirt number 67 which relates to the local district where he grew up. Despite an upbeat start to his Fenerbahce career everything has turned sour for Ozil. Among his failures he missed a golden opportunity to  open his scoring account with his new club which left the manager and assistants with their  heads in their hands. The club President urged fans to contribute to paying Ozil’s salary. In a mere four months Ozil has only completed 90 minutes once in the league and only his fourth  start for the club was highlighted by a very poor performance. He has played in only seven games and his stats show no goals and no assists. Arsenal fans were saying this week that the club should have got rid of the expensive mistake a lot earlier and Mesut’s latest performances would seem to underline that.