What about ‘World Unhappiness Day’?

Last Sunday, March 20, 2022 was observed as International Day of Happiness or World Happiness Day (WHD). It was established by the United Nations General… 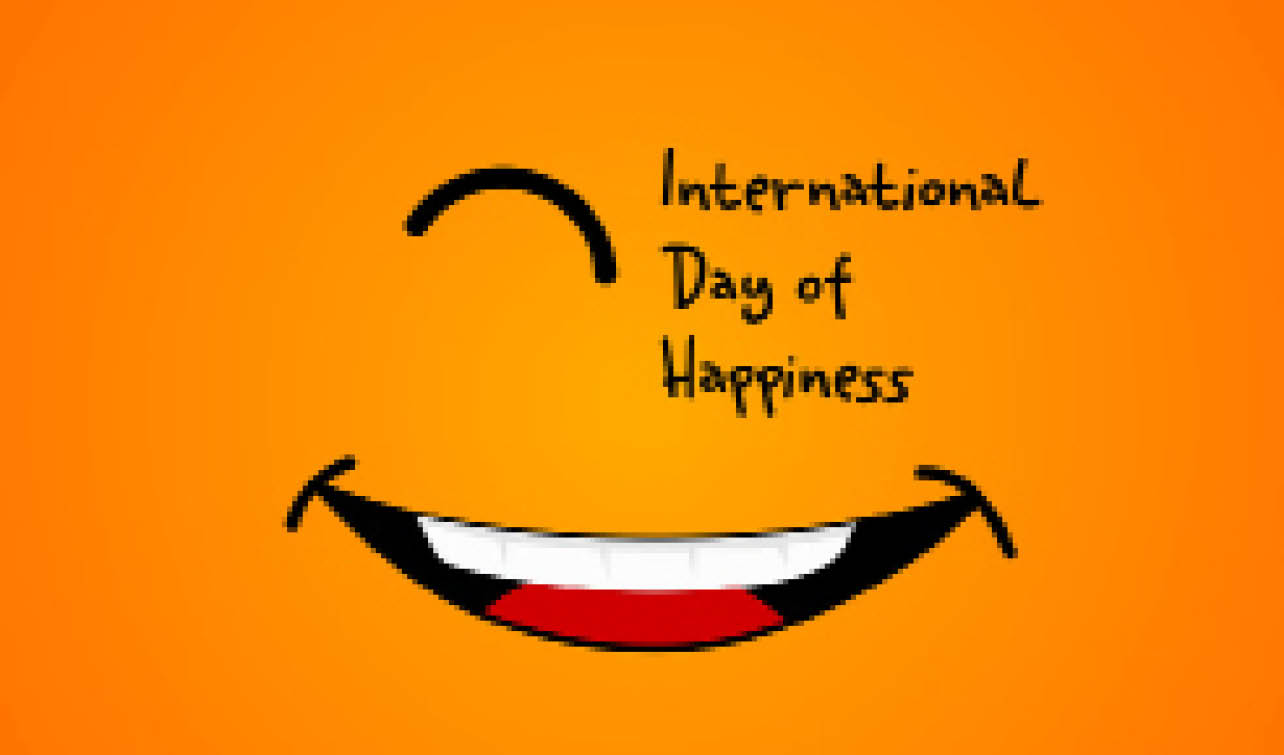 Last Sunday, March 20, 2022 was observed as International Day of Happiness or World Happiness Day (WHD). It was established by the United Nations General Assembly (UNGA) in 2012 and was first commemorated in 2013. President of the World Happiness Foundation, Jayme Illien, had in 2011 proposed the idea of the International Day of Happiness at the UNGA. In its resolution 66/281, the UNGA noted that the pursuit of happiness is a fundamental human goal; stressing on the need for “an economic growth that promotes sustainable development, poverty eradication, happiness and the well-being of all peoples”.

For the fifth consecutive year, Finland remains the world’s happiest country in the world. The Nordic country, Finland, and its neighbours including Denmark, Norway, Sweden and Iceland top the list of 2022 World Happiness Report. While Switzerland, the Netherlands and Luxembourg were respectively ranked fourth, fifth and sixth; Israel and New Zealand ranked ninth and tenth happiest nation. The 2022 report of the global ranking indicates that Afghanistan, again, ranked as the unhappiest country, followed closely by Lebanon.

The Report, largely based on life evaluations from the Gallup World Poll, has ranked Nigeria 118th among 146 nations surveyed; 2 places lower than its position last year, which indicates the country’s declining perception on key indicators. This year, Nigeria ranks below 20 African countries. Libya ranked 86 in the world, and second in Africa in spite of the devastation suffered from the war that ended Gaddafi’s regime. Others happier than Nigeria include South Africa (91), Gambia (93) Algeria (96), Liberia (97), Congo (99), Morocco (100), Mozambique (101), Ivory Coast (88), Ghana (93), Cameroon (89), Senegal (90), Niger (94), Gambia (96), Benin (97), Guinea (100) and Burkina Faso (111). It’s a national embarrassment that even people in neigbouring republics of Niger and Benin are happier; Subhana-llah!

But, why would others not rank better when Nigeria lacks all the indicators of a happy nation? The factors upon which the World Happiness Report assess countries include healthy life expectancy, GDP per capita, corruption rate, support in trying times, how people look after each other, and freedom to make key life decisions. Corruption rate alone is enough to weigh Nigeria down in the ranking. Survival pressure on Nigerians has reduced their willpower and capacity, as optimistic as they are as Africans, to be their brothers’ keepers.

On the day people in Nordic countries were celebrating WHD; the three weeks of ceaseless hardships arising simultaneously from long fuel queues occasioned by incomprehensible petrol scarcity, unchecked sale of petroleum products above the official pump price, rise in air fares caused by scarcity of aviation fuel, unstable electricity supply, rise in transport fares, rise in cost of bread (the staple meal for many Nigerians including unskilled workers), and the ever-rising inflation rate on essential commodities did not allow many Nigerians to even notice the event.

In some states, primary school pupils have not resumed three months after schools reopened; due to teachers’ strike. University lecturers are in their fifth week of strike. In spite IGP’s efforts at dissuading his personnel, policemen are still warming up to go on strike. So, how can there be happiness in the life of Nigerians when even the space meant for ordinary smiles have been taken over by socio-economic problems of varying degrees?

Like students in tertiary institutions, Nigerians have been carrying over the burdens of brazen corruption ‘packaged’ with huge revenue leakages; insecurity of lives and property in the form of endemic kidnapping, widespread banditry, cattle rustling, ritual killings; poor access to primary healthcare; failed roads scattered all around the country; and paying for electricity that was not used. All these plausibly illustrate leadership failure. Where’s happiness for a farmer who paid levies to bandits to access his farm, only for the latter to burn the farm at harvest time? Where’s happiness for the same farmer who against his wish would use the proceeds from his produce to pay ransom to kidnappers for the release of his father, wife, or children? How can citizens be happy when they are perpetually insecure in their homes, schools, farms, markets and on the roads?

The separate but inexcusable Ill-treatment of teachers and policemen has grave consequences on citizens’ frame of mind. For example, teachers who have been on percentage salary for two years, which is a common experience across many states, cannot be happy citizens. A policeman that is compelled to think of strike as an option for asking for his peanut salary would be angry, not happy, with the institution that gave him gun without pay. He would be angry at every authority that expects him to prevent crime when he, himself, is being treated like a criminal. No serious country that cares about its future would abandon the cause of teachers or lecturers in whose hands the fate of tomorrow’s leaders (children and youth) is entrusted. Any government that values order will treat policemen well.

Indeed, even the use of the word ‘happiness’ in everyday conversation is now limited to few privileged Nigerians. Except for the dictionaries in school libraries, basic school teachers, too, have almost forgotten the lyrics in the old song “If you’re happy and you know, clap your hand …” Nigerian workers, farmers, herders, doctors, petty traders, students, lecturers, mechanics, judges, contractors, housemaids, semi-employed and the unemployed would all tell you they are not happy on their jobs or trades. No, we cannot add politicians to the list because they do not appear to be as unhappy as other Nigerians. Amazingly, even a notorious kidnapper, Turji, recently told Daily Trust that he’s not happy being a kidnapper! So, who’s happy then?

Since matters as trivial as World Tea Day has been recognized, this column calls on the UN Secretary General to select a date on which the rest of the world would join Nigerians, Lebanese and Afghans to share in their burdens of unhappiness. As believers, let’s take time, in spite of all the things that seek to make us unhappy, to appreciate Allah’s infinite mercy and favours. To be alive is the highest privilege in life. To be healthy is the greatest wealth. Let us be thankful to Allah even in the worst of situations such as implied in the Hausa adage, “Ko a bakin kura”. May Allah preserve our faith in Qur’an 65:7 which says “After every hardship comes a relief”, amin.