‘We’ve been abandoned’, widows of slain soldiers cry for help

Widows of officers and men of the Nigeria Army have demanded payment of their life insurance to enable them take care of their children. 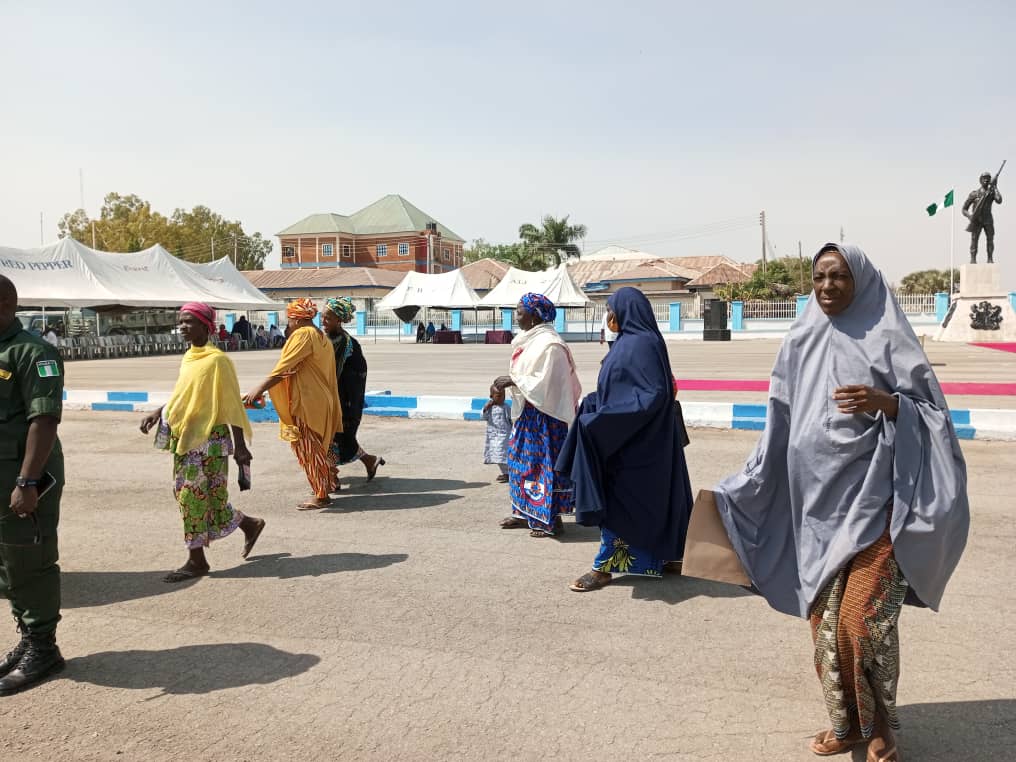 Widows of officers and men of the Nigeria Army have demanded payment of their life insurance to enable them take care of their children.

The widows, who stormed the venue of the celebration of the Armed Forces Remembrance Day in Minna, Niger State, on Saturday, told Daily Trust that they had been neglected.

Rahmatu Abdul Abugi, one of the widows, said her husband, Captain A. A. Abugi, was killed in the line of duty in Maiduguri, Borno state capital, on August 5, 2014, and since then, all efforts to get the life insurance paid had not been successful.

“Our husbands did their best to protect this country. But now their, families have been abandoned. Whatever the Armed Forces claimed to have done for us don’t get to us. We are crying, we need help. Most of our children have dropped out of school. I have seven children. They should pay us our life insurance,” she said.

According to Nabila Abdullahi Usman, secretary of the Widows of Fallen Heroes, Niger State Chapter, her husband, Mohammed Goje, who served with the 31 Artillery Brigade, Minna, was killed in Damaturu, Yobe State, five years ago.

She appealed to the military authorities to assist in sponsoring the education of children of fallen heroes.

“I call on the government and Armed Forces to assist the widows of the fallen heroes, particularly the aspect of education of their children. Most of our children dropped out after the death of their fathers. Some of them are now at home because of lack of sponsors. Some widows came to me over their insurance. The insurance has not been paid for many years. while a few had been given, majority have not been called for payment.

“We even tried to go to Abuja to know what had happened but we didn’t hear anything from them. We want the government to take serious action on it because it is not easy to be a widow. Our husbands served this country; their families should not be left to suffer. It has not been easy for us to take care of our children.”

She appreciated the Nigerian Army for its support, especially the scholarship awarded to her daughter.

“One of my daughters is currently being sponsored in secondary education in Abuja under Armed Forces Scholarship. She is now in JSS3, going to SS1. I appreciate the gesture,” She said.

Also speaking, Hadiza Tamba, revealed that some widows of fallen heroes had to engage in illegal gold mining to carter for their families.

“Once you lose your husband, for those of us who have experienced it, especially the way some of us lost our husbands, you have lost everything. Some of us have little children who need to be catered for. Some of our women would have to go out to mine gold to provide for the family.”

“We don’t have food; we don’t have any means of living. Some of our children who are graduates are not gainfully employed. Some of us now have to go bush to mine gold to meet our needs, especially food and clothing. Government should empower us. We are ready to learn skills and be self-reliant. Even when your husband was alive, how did you manage to survive, let alone now that he is no longer there to help you.”

On her part, Rabi Bello, another widow, said the roof of the house she lives in was leaking, and she does not have the money to fix it.