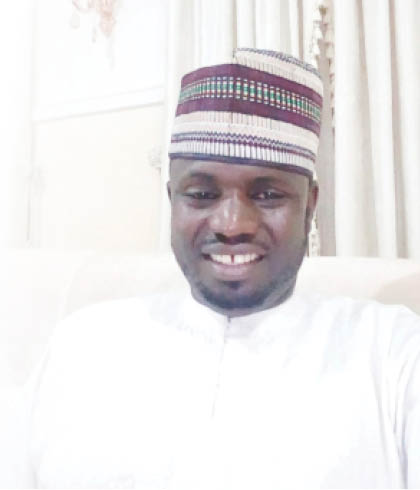 Bello Shehu Alkanci is a musician and songwriter who won the Usman Danfodio University’s maiden edition of music competition on peace songs aimed at addressing the insecurity ravaging the north. In this interview with Daily Trust Saturday, he talks about how he inherited music from his father, Alkali Shehu Alkanci, who was a very popular songwriter in his days. Excerpt

How did you start music?

I can say I grew up with music as my hubby. This is perhaps because I grew up listening to my father’s songs, which were on history, knowledge and addressing societal problems. My father, late Alkali Shehu Alkanci, was a very popular musician and songwriter in those days.

But I officially started composing songs in 1991 at the Sokoto State radio in one program, ‘Tsaka mai wuya’ anchored by popular journalist Late Bello S/Tangaza. I actually started doing the songs out of passion, and nothing more. But during my secondary school days, the school management organized a music competition which I entered and won in 1994. I think that was how I started becoming popular. From then, people started inviting me for maulud and other events. That was how it all started, but I never thought it will bring me this fame. Through music, I have been invited to many big events where I met governors and other highly placed personalities.

Last year, a song trended on social media, where an unknown musician said to be from your state was heard praising a bandit kingpin, Bello Turji. How did you feel?

I was very annoyed. Although I know that from the greedy nature of people nowadays, some can do anything for money, but I was really surprised and disappointed in the guy. I never thought our people can be bad to that level. I don’t think money is everything. How can you praise a killer? It was very bad. I personally think it is very worrisome to have people who portray bandits as heroes in our midst.

Was that why you released many songs on peace and insecurity to counter him?

No. I didn’t do any song to counter him. But some people may look it as a rejoinder to him looking at the message I sent in the songs. I categorized the problems, what causes them and I proffered solutions in my music. Even the bandits, I was fair to them. In one of my songs I said, “A bar kofar sulhu gun neman kwaranga, amma ‘yan ta’adda in har sun shaya daga, a durfafe su ko’ina suke birni da rugga,” which loosely translate to, government should be open to dialogue, but if the bandit’s refuses, then they should face the full wrath of law. So, I was only trying to use my talent to bring solutions to the problems. Every body has been affected by this insecurity in one way or the other. So, I was only doing my music. In fact, some of my own songs came much earlier than the song that praised Turji.

How many songs have you sang so far?

I don’t think I have a list of my songs because I have been in it for a long time now, and I sing in different genre of music.

But do you think you can change anything with your music?

Yes, we are changing the narratives already. You know the issue of insecurity concerns all of us, as it has affected every body. So, it is like the popular Hausa word ‘Jinka’ which is believed to be too heavy for one hand to carry. Every hand must be on deck. So, that is why I think we can contribute our quota in our own ways to help fight this menace using our own knowledge.

Music is a very powerful toll. It can reach where you never expected it to reach. Our songs have been very important in enlightening our young people against joining terrorists. The songs also highlight the importance of peace and harmony among the Hausa and Fulani by tracing back to their history. I think our message is going far and beyond. Many radio stations in Zamfara and Sokoto now air my songs almost every day. Even in Kano, Bauchi, Adamawa and many other states, radio stations now air my music to help fight banditry by enlightening our people, and it has been received well. The messages I get are really encouraging, and I will continue doing my best. We thank God we are making impact.

You even won an award on the music competition on insecurity organized by the Usman Danfodio University?

Yes. Winning that competition was another turning point for me. I received my invitations after that event. I thank God for that.

Meanwhile, it was due to the importance of having counter narratives against banditry that the university decided to organize that competition which I won. The competition came at the best time. I know how the song I entered in the competition has changed the mindset of my people, both Hausas and Fulanis. It has made a very good impact and is still impacting positively. I am happy we are contributing to peace keeping in our region through music.

Which song is your best?

I don’t think I can pinpoint one song as my best. I still believe I am yet to attain my full potentials. I believe I have a lot more to give. I received different messages from different fans, but I truly think I am yet to reach my best, let alone sing the best.

What advice do you have for your fellow musicians?

I want to call on musicians to give their best in making sure they are doing meaningful songs. They should not be carried away by fame and just the melody. The message is more important.

And to the government, they should be giving support to musicians as they also have a lot to give towards national development. Their support should not only go to political praise singers, the support should go round so that all genre of musicians can enjoy it.