Senate President Ahmad Lawan has said that members of the National Assembly will work towards producing a perfect law that will help Nigeria’s electoral process.… 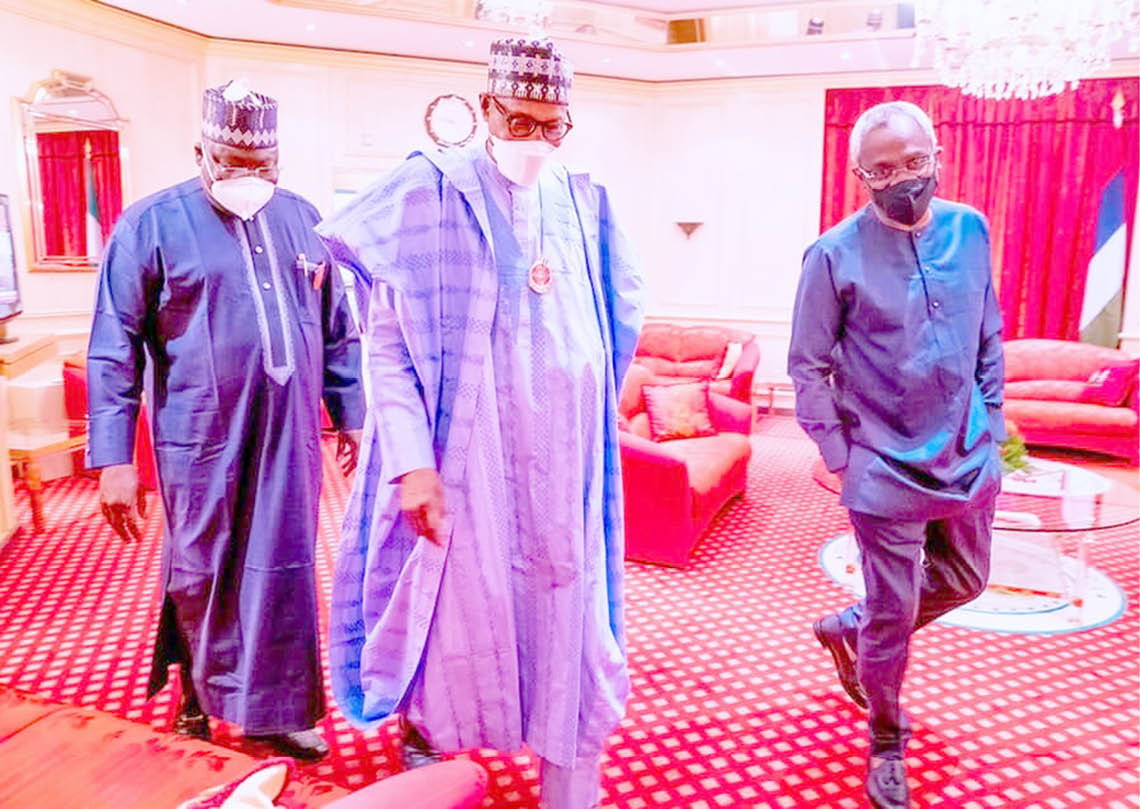 President Muhammadu Buhari with Senate President Ahmad Lawan and Speaker of the House of Representatives Femi Gbajabiamila at the Villa on Thursday Source: Speaker Facebook page

Senate President Ahmad Lawan has said that members of the National Assembly will work towards producing a perfect law that will help Nigeria’s electoral process.

He also hinted that President Muhammadu Buhari will sign the N17.13 trillion 2022 Appropriation Bill into law next week.

He spoke Thursday night after a meeting with Buhari at the Presidential Villa, Abuja.

The Speaker of the House of Representatives, Femi Gbajabiamila, was also in attendance.

Lawan said himself and Gbajabiamila were at the Villa on the invitation of President Buhari for them to deliver a thank you message to members of the National Assembly for their services to the nation.

He said: “Mr President invited the honourable speaker and me to come so he could thank the National Assembly through us for working so hard to pass the 2022 appropriation bill, which will be brought to Mr President for his assent by next week by the grace of God.”

On how he reacted to the president’s veto of the Electoral Bill, he said, “Well, that I think is not an issue, Mr President has withheld assent and he has written to us in the National Assembly. So, the matter is not whether I’m surprised or not, I shouldn’t express any surprise because we have our own processes, he has his own and we did our own and he has done his own now. So, the ball is in our court for us to look at the observations Mr President has raised and see how we react to the observations.

Also speaking, Gbajabiamila while reacting to reported collection of signatures in the National Assembly to override the president’s veto, said, “I’m not aware of any such threats to override the president’s decision; at least not in my chambers. We’re on a break right now. So, the collection of signatures is not something that is done when everybody is scattered.

“I made it abundantly clear at our last sitting that we will look at the president’s veto and his reasons when we come back on. It’s not something we’re going to do on a knee jerk,” he said.