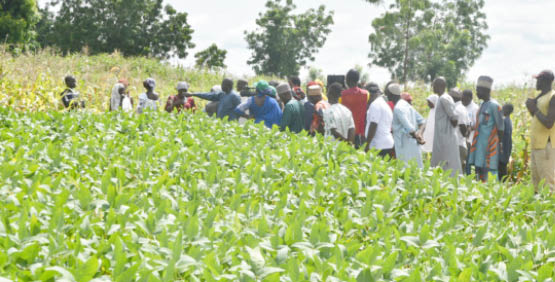 A woman farmer explaining some points in her farm in Gombe

The National Committee of the Heads of Colleges of Agriculture and Related Disciplines (NACHCARD) is calling for the establishment of spin-off companies in all the agricultural research institutes and colleges as provided for in the Agricultural Research Council of Nigeria (ARCN) Amendment Act 2019.

The spin-off companies would be the business subsidiaries or arms of agric research institutes and colleges.

A communique issued at the 61st meeting of NACHCARD held recently at the Federal College of Animal Health and Production Technology (FCAH&PT), Vom, Plateau State, said the spin-off companies would handle the production and marketing of the technologies developed by the institutions.

The communique, which was signed by Dr Musa Maikafi and Dr Oluyemi Akande, indicated that the committee also agreed on the harmonisation of conditions of service between federal and state colleges of agriculture in the country.

The new effort will also include adopted villages and extension activities to reposition agricultural research systems in Nigeria as well as the establishment of outreach and entrepreneurship development centres in those colleges that have none and strengthening the already established ones.

The committee appealed to ASUU to join hands with the federal government in resolving the 7-month-old strike.

While appreciating President Muhammad Buhari, ministers of Agriculture and Rural Development (FMARD), and the Executive Secretary of ARCN for addressing the lingering NASU and SSAUTHRAI strikes, the committee called for harmonisation of promotion exercises in federal and state colleges of agriculture.

It also sought collaboration among states and federal colleges of agriculture in areas of research, publications, project supervision, and project grants from ARCN and other donor agencies.

The meeting asked colleges to explore avenues of securing CBN and other agricultural intervention schemes/funds for the enhancement of the agricultural research system and food security in the country.