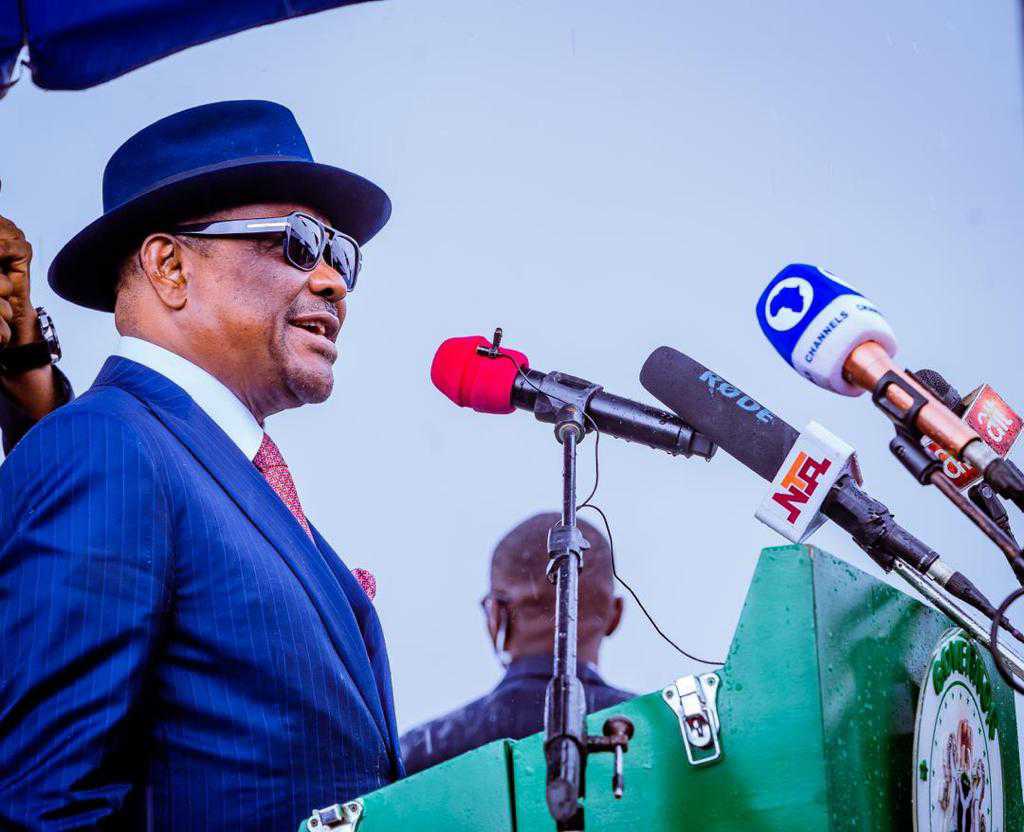 Wike spoke on Monday at the flag off of the Indorama-Agbonchia-Ogale-Ebubu-East/West Link Road in Eleme LGA which was commissioned by a former Governor of Ondo State, Dr Olusegun Mimiko.

Governor Wike said the G-5 governors were lovers of peace and that they believed that all party members should work together for PDP’s success in the 2023 elections.

He said, “What I want to tell the presidential candidate of PDP is we need peace. We want all of us to be together for the party to win elections. But let me say clearly, if your boys continue to attack the G-5 (governors), continue to attack the leaders of our party, we will strike back. If anybody again dares in the PDP Presidential Campaign Council to insult the PDP G-5, insult our leaders of Integrity Group, we’ll fight back. Enough is enough.”

The governor also said it was ludicrous for persons who defected to the All Progressives Congress (APC) and abandoned the PDP at its trying moment to dictate to him and his associates what to do in the party.