Minister of Defence, Major General (rtd) Bashir Magashi, has asked Nigerians to summon courage and stand up to the gunmen wreaking havoc across the country. 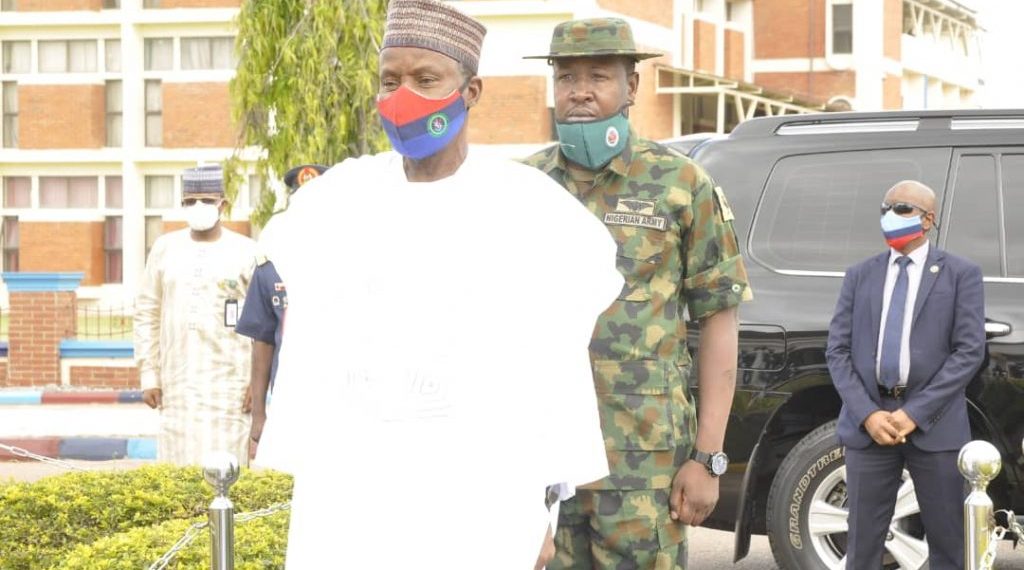 Minister of Defence, Major General (rtd) Bashir Magashi, has asked Nigerians to summon courage and stand up to the gunmen wreaking havoc across the country.

Speaking with newsmen on the sideline of the screening of Service Chiefs by the House of Representatives on Wednesday, Magashi described those who abducted staff and students of a secondary school in Kagara community in Rafi Local Government Area of Niger State, as cowards.

He said Nigerians have the responsibility to ensure there is adequate security around them.

“We shouldn’t be cowards. Sometimes the bandits come with about three rounds of ammunition and when they fire shots, everybody will run. In our younger days, we stand to fight any form of aggression.

“Why should people run away from minor aggressions? We should stand and face them. If these people know that the people have the competence and capability to defend themselves, they will run away.”

The Minister also dismissed the clamour for Nigerians to be allowed to bear arms to defend themselves.

“It is an issue currently even in the developed country. They are still debating on whether to continue (to allow people bear arms) or stop. But I don’t advice Nigerians to bear fire arms for internal use,” he added.