We Should all be Japanese

By Zayd Ibn Isah The 2022 World Cup in Qatar is off to a good start, despite the controversies surrounding hosting rights, death of migrant… 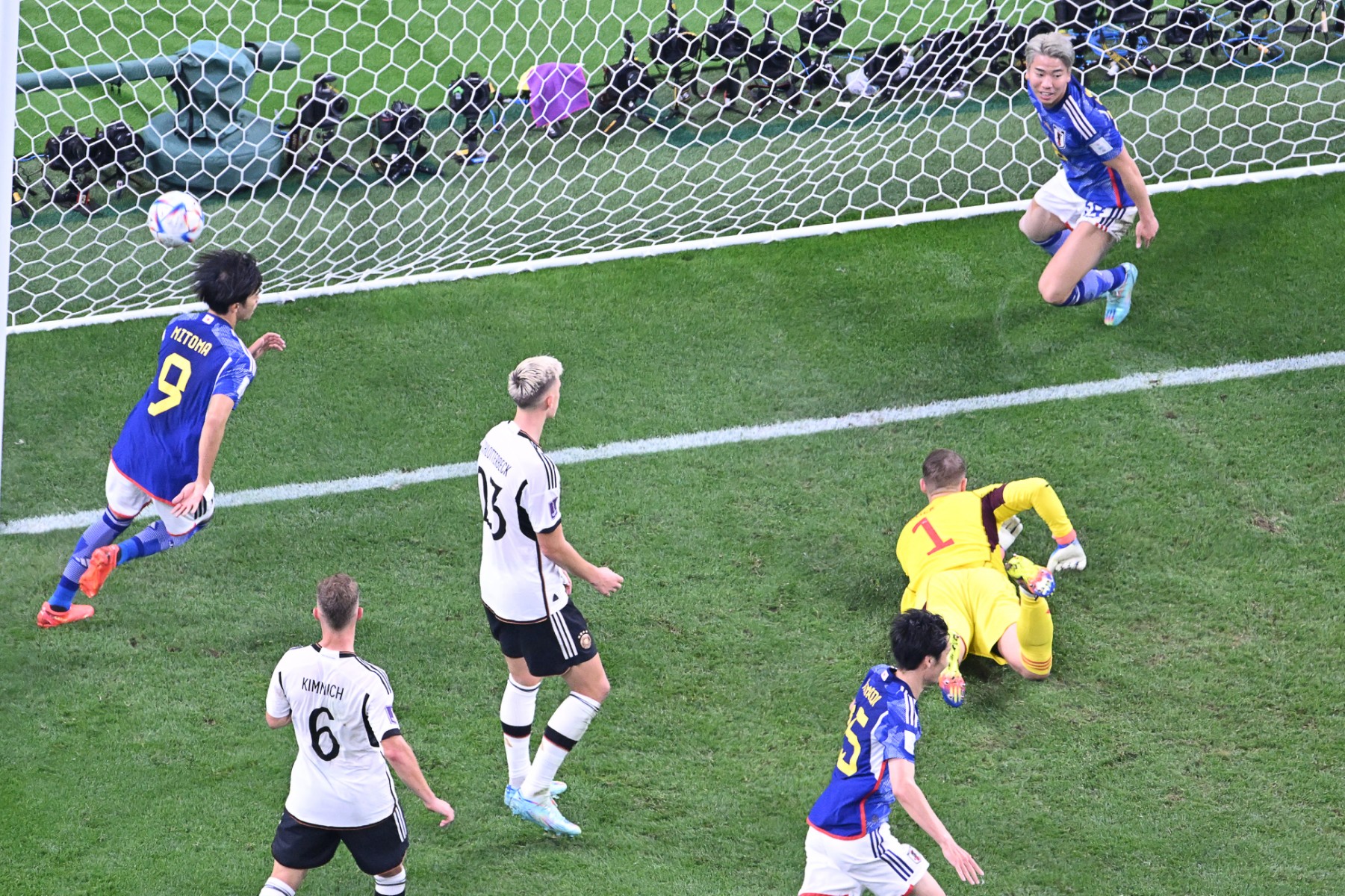 Germany’s players react to conceding the first goal during the Qatar 2022 World Cup Group E football match between Germany and Japan at the Khalifa International Stadium in Doha on November 23, 2022. (Photo by Antonin THUILLIER / AFP)

The 2022 World Cup in Qatar is off to a good start, despite the controversies surrounding hosting rights, death of migrant construction workers and the strict regulations over conduct of players and fans alike. Lovers of the round leather game are already having a swell time watching underdogs like Saudi Arabia upset the odds against Lionel Messi’s Argentina, in what will unarguably go down as one of the greatest underdog stories in global sporting history. Apparently, nobody—not even the best professional football pundit could have foreseen the humiliating defeat that Argentina (often favourites to win the trophy itself) would suffer.

Stories like that are precisely what makes football unique from all other games. It is constantly unpredictable—like a volatile magical show packed with shocking reveals and twists. And just like the best of magic, the dynamics of competitive soccer at this stage call to mind the saying which states that the more you look, the less you see.

Although Japan’s victory against the German Machines (as they are fondly called) was another underdog story for the history books, what further endeared the Samurai Blue to football lovers and the entire world was not just their hard-earned victory, but just how beautifully the Japanese fans and their players conducted themselves after the sort of win that would have gone far up high into other people’s heads. The Japanese did not just win a single match; they also proceeded to win the hearts of spectators around the world, by staying behind after the game to help clean up the stands.

And it didn’t even end with the fans, because the players also cleaned up their locker room and made sure everything was in order before they left, dropping a beautiful note of appreciation and origami pieces. Talk about a class act. This charming courteous conduct demonstrated by the Japanese fans and players after the game has earned them immeasurable respect. If there were to be an award for the tournament’s best fans, these people would already be in pole position to win it.

Interestingly, the football match between Japan and Germany is not the first time the Samurai Blue have been in sporting news recently for the right reason. In the opening game between the host country and Ecuador, it was neither the host country’s fans who of course, would be disappointed that their country had lost its first game despite the billions of dollars which had gone into World Cup preparations, nor the opposing fans that were too busy celebrating to consider picking trash from the ground. Rather, it was the Japanese fans who surprised the whole world by staying behind to clean up the stands, making the work less cumbersome for the ground staff.

However, this peculiar obsession with cleanliness did not start from the stadiums and locker rooms of Qatar. The Japanese have long been demonstrating this cultured cleanliness. In fact, their country has always had a strong historical background of impeccable hygiene. Unsurprisingly, Japan is widely recognized as one of the cleanest countries in the world. This incredible sense of hygiene is deeply rooted in their religious beliefs of Shinto and Buddhism, although analysts say that this hygienic culture is steadily declining, unlike in the early period of the 19th century. During that time, one could have visited the country’s public cinemas or restaurants and still would have been able to spot the differences in their use of wet towels to clean hands, and even the long-established practice of wearing nose masks.

Keeping public spaces clean is one of the core cultural practices in Japan. Perhaps, that’s even more the reason why they see it as a moral burden to always clean up the stands even after everyone else leaves. Some may wonder how an entire nation is able to sustain this age-old tradition of cleanliness. The answer is that it is not as difficult as we may think it is. In Japan, education in hygiene begins at a tender age. It may interest you to know that Japanese schools do not often have janitors because students are trained to always clean up after themselves. These children regularly mop, sweep and dust their classrooms. And that’s not even the biggest shock. In Japan, there are incredibly huge fines for littering: illegal dumping alone has a penalty of up to five years or a fine of up to ten million yen. This is the main reason why they choose to keep their surroundings clean—it’s a better alternative than being on the wrong side of the law.
The cleanliness culture is not an alien concept to the two major religions we have in Nigeria. Yet, we only pay lip service to it. The basics of hygiene do not reflect in our daily lives at all. We still litter our streets with empty sachets, plastic bottles and other waste materials even in places where waste bins are available.
Now, apart from the fighting spirit of their footballers, the intrinsic value of hygiene displayed by the Japanese should be a lesson enough for us all. Imbibing the hygiene culture does not only mean taking baths ten times in a day or wearing well-ironed clothes, because that certainly amounts to nothing if you don’t see it fit to look after your environment as much as you look after yourself. A dirty environment is the perfect setting for all sorts of troubles to occur: it breeds both communicable and non-communicable diseases, especially those which affect mostly children; adults also tend to have non-communicable diseases such as stroke, heart disease, cancer, and chronic respiratory disease.
Let us imbibe the culture of cleanliness by borrowing a leaf from the book of the Japanese. Henceforth, our children should be taught in schools the importance of cleanliness as well as the dangers of incessant littering. And parents should make sure their children are routinely involved in cleaning their homes and their surroundings. Not everything should be left to janitors and domestic workers.
There should also be more strict laws against littering our environment with waste materials. Those found wanting should be made to face the full wrath of the law. But do we actually need strict laws with strict penalties to be coerced into cleaning our environment? Can’t we all be like the Japanese?
Ultimately, It is safe to say that the Samurai Blue players and fans are not just representing their country, Japan. In a way, they are also ambassadors of our shared humanity.

Isah writes from Abuja. He can be reached via isahzayd@gmail.com