We meet the high and mighty through tailoring – Jos tailors 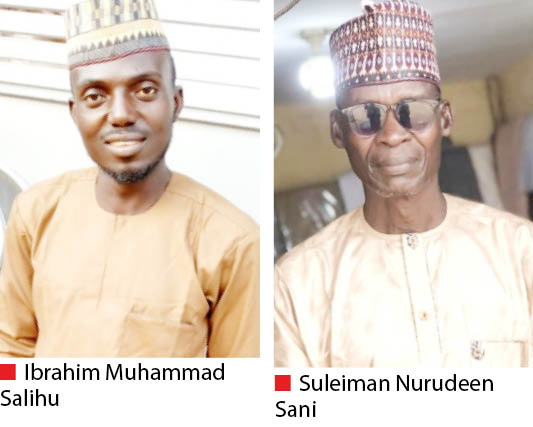 Tailors in Jos are making brisk business from their trades just as they equally have the privilege of meeting the high and mighty in the course of their jobs, Daily Trust Saturday reports.

Labaran Abdullahi is a tailor with over 30 years experience in the heart of Jos North Local Government Area of Plateau State. For one who started as a local tailor, Abdullahi says the occupation has brought him to limelight and exposed him to numerous opportunities. Through his occupation, Abdullahi says he has met and interacted with high profile Nigerians and government officials who have worked in various capacities.

Abdullahi said his relationship with politicians and government officials had provided him the opportunity to travel for Hajj, in Saudi Arabia. “My relationship with them is still cordial,” he said, adding that top government officials and politicians still answer his calls, a privilege he enjoys with some of Nigeria’s most influential political class.

Like Abdullahi, Nura Alhasan, another Jos based tailor, says he had also met with top government officials and politicians in the course of his job. He told Daily Trust Saturday that he has had the rare privilege of visiting Nigeria’s seat of power at Aso Rock, where he got to know many politicians who worked at various levels within and outside the villa.

Reliving his heydays, the tailor said during the second term of former President Olusegun Obasanjo, he had free access to the villa.

“I sewed clothes for politicians and their relatives. I got to know people like the former ADC to the president, the president’s then Chief of Protocol as well as serving senators and ministers,” he said. Alhassan, who has worked as a tailor with at least 20 years experience, said while he was in Benue State, he equally had access to the Benue State Government House where he met politicians and government officials who patronised his services.

Speaking with several tailors in parts of Plateau State, Daily Trust Saturday gathered that their occupation was viewed in the past as a menial one, with many youths clamouring instead for white collar jobs. The situation is however not the case as Ibrahim Muhammad Salihu, a tailor in Yelwa-Shendam, explained that the advantages that come with tailoring are enormous. Salihu explained that he sometimes feels proud of the kind of access he gets and often name-drops the identities of his high-profile clients to others. “That also provides new opportunities and it propels one in the industry,” he said.

For such tailors to succeed in their craft, discipline, passion and commitment are major drivers of the occupation, said Suleiman Nurudeen Sani, another tailor from Yelwa-Shedam in Plateau State. He said to excel in the profession, tailors must exemplify neatness and be meticulous while stressing that the business can succeed with little capital. “Tailors deal with clean materials and so they also have to be neat all the time. One also needs to possess the requisite skill-set to do the business and not much capital. Aside from that, tailoring goes with the trend of a particular fashion and therefore tailors need to be up to date in the fashion industry to remain in the business,” he said.

Sani added that one driving factor for the business is that it provides the daily needs of their families, especially those who do not live an affluent lifestyle. While explaining the passion that drives tailors, Labaran Ibrahim said interest works hand-in-hand with passion. “One must develop interest before venturing into it. Although some inherit the business from their parents, interest comes first,” he said.

Labaran Abdullahi further explained that through tailoring as a business, he has enrolled his children in a private school and is able to effectively cater for his family’s needs. “God has been helping me to pay my children’s school fees which is about N600,000 annually. I have a university graduate whom I sponsored through this business,” he said. “This business has done a lot for me, it feeds my family, provides a comfortable accommodation for us, and I have other properties on lease,” he said.

Like any other business, however, tailoring is faced with various challenges, particularly among youths in local communities. “You may not get what you want immediately with tailoring and as such, some people are impatient and quit early,” said Sani who explained that some people have become rich through the occupation even though majority of tailors are not rich but live a comfortable life. He said a major challenge is the activities of petty thieves who break into tailoring shops to steal clients’ fabrics. “The customers will expect you to pay them for the stolen fabrics,” he said, adding that in some cases, some customers do not pay for services rendered and this affects the income.

Despite their glowing admiration for tailoring, Ibrahim Muhammad Salihu, another tailor from Yelwa Shendam community, advices tailors to remain focused and trust worthy. He says the inability of some tailors to fulfil promises to their clients is a major setback that could break tailor-client trust and eventually lead to the loss of the client which he said could scuttle the business. “Tailors, who are unable to follow the fashion trend could also lose their customers,” he said.