We executed all our projects – SDGs Office

The Office of Senior Special Adviser to the President – Sustainable Development Goals (OSSAP – SDGs) yesterday said it executed all its projects. It said… 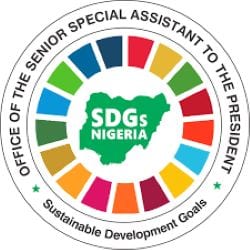 The Office of Senior Special Adviser to the President – Sustainable Development Goals (OSSAP – SDGs) yesterday said it executed all its projects.

It said there were no double payments made on a single project as alleged by the Anti-corruption Advocacy International (AAI) in its petition to the Economic and Financial Crimes Commission.

AAI President, Chinasa Victor, had, in the petition, alleged that a contract of construction of three classroom blocks with VIP toilet at Aliyu Mustapha Primary School, Yola, Adamawa State, was awarded for N105m with the contractor paid twice.

Reacting, the SSAP – SDGs, through its Legal Adviser, Aliyu Ishaq Lolo, said, “the OSSAP-SDGs actually awarded two different contracts both of which exist in one of the oldest schools being Aliyu Mustapha Primary School in Yola town, Yola South Local Government of Adamawa State in the year 2020 both of which were actually executed and paid for separately.

“The contracts are: (i). Construction of additional 3 blocks of 6 classroom rooms with VIP toilets awarded on the 26th of October, 2020. The contract has practically been completed and contractor paid.

“(ii). Rehabilitation of existing 2 Nos blocks 6 classroom with external walls and fencing and landscaping of the entire compound awarded on the 26th of October, 2020 to 2 different contractors. The contract has practically been completed and contractor paid.”